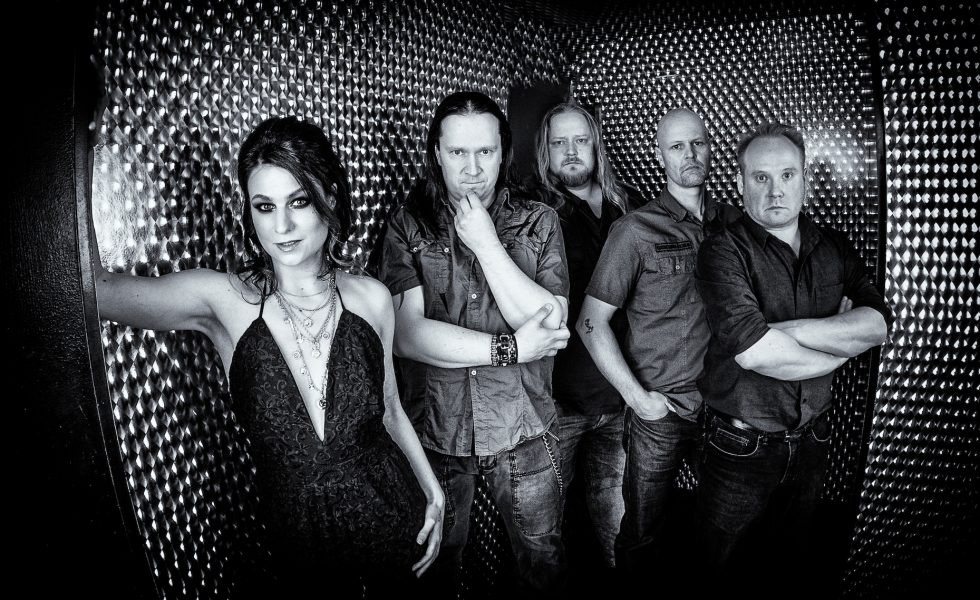 Silentium last released an album in 2008. Amortean was the second of the Finnish band’s albums to feature Riina Rinkinen as their primary vocalist, and almost as soon as it was released, all activity from the group ceased.

“After Amortean, we only played about four gigs. There definitely wasn’t as much activity as there was after Seducia, and then Silentium was less active after that,” Rinkinen recalls, on a sunny Friday morning in Helsinki. She looks a picture of health, dark hair tied back and sunglasses on as she speaks down the connection from the Finnish capital.

It wasn’t always that way. The Amortean sessions were a dark time for the singer, whose struggle with depression was having an effect on her voice.

“When we were doing Amortean, I was a huge wreck, and I think you could see it in my singing. I was just … I can’t even find the words,” she says, a little helplessly. “I felt like I was near the end at that point, and I had been eating antidepressants and medications for ten years. And then I stopped, because I couldn’t sing anymore. The medication was destroying my connection with my core, and if I didn’t have that, I just couldn’t produce the sounds from my throat that is considered my voice!”

Rinkinen gave up her medication, but then something very bad happened: Silentium immediately went on a hiatus that lasted a decade.

“That made it even worse because I did not even have that!” she says. “My safe space. My biggest crutch. My band wasn’t active, so I was in this terrible rut, completely losing my identity. Not knowing who I am, not having the skills I am used to having and just … It feels so distant. It took years to feel like a person again. I had to deal with the withdrawal symptoms of the medication, which were physical and horrible, and mental as well.”

Some of the songs actually talk about depression, and some derive from that situation of being so detached from people all around the world. It’s my way of trying to reconnect, and to reflect and study the minds of people and their motivations.
[ Riina Rinkinen ]

Out of that period of turmoil, the singer helped to create Silentium’s latest album. Previously the domain of former vocalist and bass player Matti Aikio, who departed in 2018, Rinkinen now wears the mantle of the band’s lyricist, and Motiva became the story of her battle with depression.

“The lyrics are like a collection of songs and texts that have found their form over all these years,” Rinkinen explains. “But there’s still this connecting theme to them. The album is called Motiva, which is Latin for ‘to be moved, to be stirred emotionally’. It’s what drives us and makes us do things, whether they be good or bad, and a lot of my writing stems from my depression. Some of the songs actually talk about depression, and some derive from that situation of being so detached from people all around the world. It’s my way of trying to reconnect, and to reflect and study the minds of people and their motivations.”

Since speaking out about her condition, Rinkinen has learned she is far from alone. She admits to being surprised at the number of people she has spoken to about Motiva who also suffer from the debilitations of depression. There is an importance in raising further awareness about it.

“It goes to show how important it is to lift the lid on it and try making it a common thing like a broken leg, or whatever. It’s a tricky disease, and a lot of musicians seem to suffer from it. I don’t know whether it’s because musicians are more prone to being depressed or if depression pushes you toward a creative outlet if you have the resources and the talent to do something. It could be either, or it could be both, but for me, music is a huge help in dealing with things.”

So it is that the elfin singer hopes Silentium’s work helps others deal with their depression. Without the ability to be everywhere for everyone facing a similar struggle, Riina Rinkinen’s most fervent wish is that Motiva and its message can help them overcome one of mental health’s most potent adversaries.

“There is nothing I hope for more than that,” she says earnestly. “When I hear that someone else has the same problems, the same struggle, the first thing I want to do is tell them that I will be here for them, and talk about it. But bam! There’s thousands of people with my problem just in my little bubble. There’s no way I can be a personal therapist to everybody. So the only way I can achieve that is through the music. I truly, truly hope that somebody can find the support and that, at least some kind of peer support from that, and the good feelings you get when you listen to good music.”