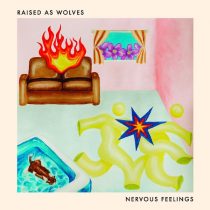 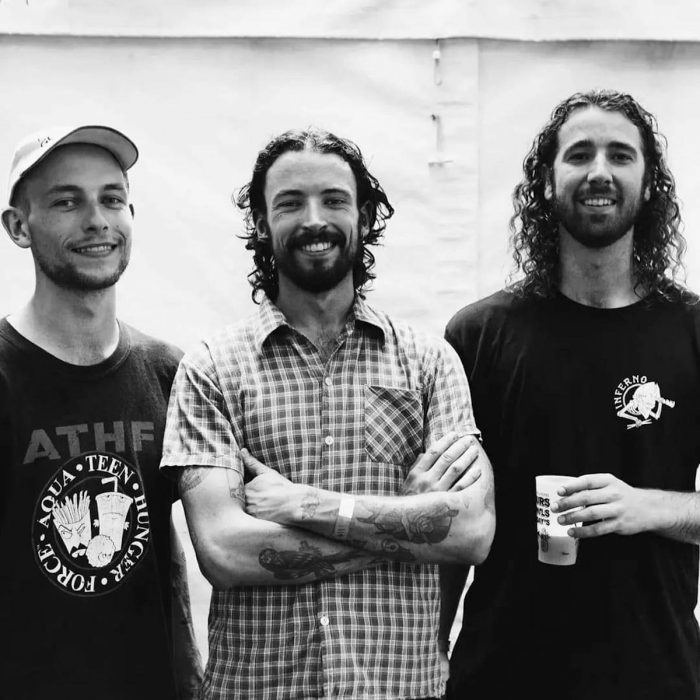 Equal parts frenetic, vivacious and searingly relatable, the debut full length Nervous Feelings from Aussie indie punks Raised As Wolves is the perfect antidote to the universal uncertainty of the past few years.

Tracing its origins back to just before the global pandemic entered the collective consciousness, Nervous Feelings was initially recorded in just three days at the end of 2019.

But with COVID-19 on the doorstep not long after, and a cloud of uncertainty hanging over 2020 and beyond, the New South Wales-based band instead utilised the unexpected time offered in lockdown and isolation to finesse and enhance their end product piece by piece via studios and bedrooms along the way. And while 2022 has already seen Raised As Wolves carve up successes onstage, including a run with Press Club and a recent appearance at the inaugural Our Town Festival alongside Hockey Dad and Maddy Jade, it’s this week that Raised As Wolves raise the metaphorical roof, with Nervous Feelings arriving via Resist Records in heart-pounding and heartfelt fashion.

An authentic offering that doesn’t wallow in ambiguity or affectations, Nervous Feelings is a sharp snapshot of a band who have spent the better part of a decade honing their sonic wares.

Drawing to mind the apathetic charm of Frenzal Rhomb and The Hard Aches alongside the glossy, nostalgic hooks of Tired Lion, Raised As Wolves can craft an infectiously angsty anthem like nobody’s business, seen in spades on the chant-worthy Dig My Heels In and the jangly Treading Water. But while ultimately helmed by driving guitars and brisk basslines, Nervous Feelings also shrewdly blends a youthful glint with measured maturity, from the acoustic ode to not being OK that is The World’s Happiest Depressed Person to the breakneck melodics of My Headache Is Getting Worse.

Brandishing some nostalgic punk flavours on tracks like Better People and the toe-tapping Too Proud, Nervous Feelings simultaneously feels like both an old and newer friend; someone who totally gets how you feel about the world but still feels totally fresh and new (and someone who would also drag you out to cheer you up during your darker moments). An authentic offering that doesn’t wallow in ambiguity or affectations, Nervous Feelings is a sharp snapshot of a band who have spent the better part of a decade honing their sonic wares. And given that the past few years have collectively felt like nearly a decade in themselves, it’s little wonder that Raised As Wolves have emerged with such a fearless and charismatic collection of new tunes. You definitely won’t be nervous about giving this album a second spin and then some, especially with a splashy drum solo closing out proceedings, and undoubtedly Raised As Wolves will continue to rise higher off the back of this lush release.

STANDOUT TRACKS: Dig My Heels In, Treading Water, Too Proud

STICK THIS NEXT TO: Frenzal Rhomb, The Living End, The Hard Aches, Tired Lion