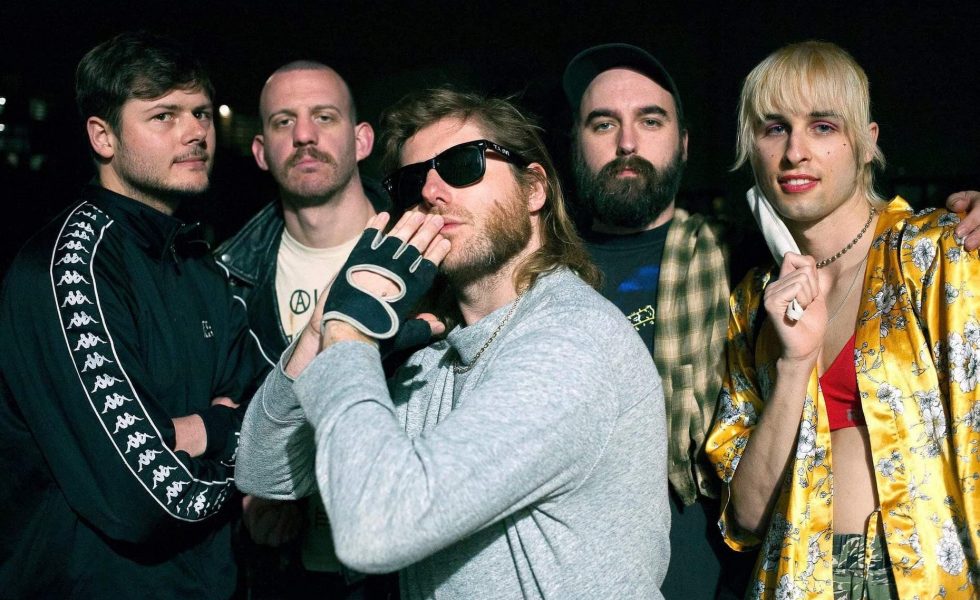 They’re not slowing down, are they? Less than twelve months on from the release of their debut LP St Anger, pub-punkers Private Function have returned with a brand new single, I Don’t Wanna Make Out With You.

It’s the first taste of their forthcoming LP, Whose Line Is It Anyway?, set to drop on Friday 28th August through Damaged/Caroline Australia.

Accompanying the single is its music video, animated by Byron Bay artist Jase Harper. Filled to the brim with easter-eggs, the clip immortalises the executioner found on the band’s merchandise.

I Don’t Wanna Make Out With You has been described as an ode to both personal space and the fundamental human right to turn someone down. According to the band, the track can be interpreted as telling someone to back off.  “It doesn’t matter what your sexual preference is, or whether you identify as a girl, guy or somewhere in between–if you’re a person and someone is hassling you, you can tell them to fuck off and not feel bad about it”.

Whose Line Is It Anyway? was recorded in the height of the COVID-19 pandemic. It will feature 13 huge tracks imbued with punk-rock and pub-rock energy, as well as the band’s trademark satire.

Limited edition pressings of Whose Line Is It Anyway? sold out in 15 minutes last week. If you missed out on that, you can pre-order the album instead through Artist First. Private Function are set to drop new music soon.

In the meantime, you can catch the tracklisting of their new record below.

PRIVATE FUNCTION// WHOSE LINE IS IT ANYWAY?