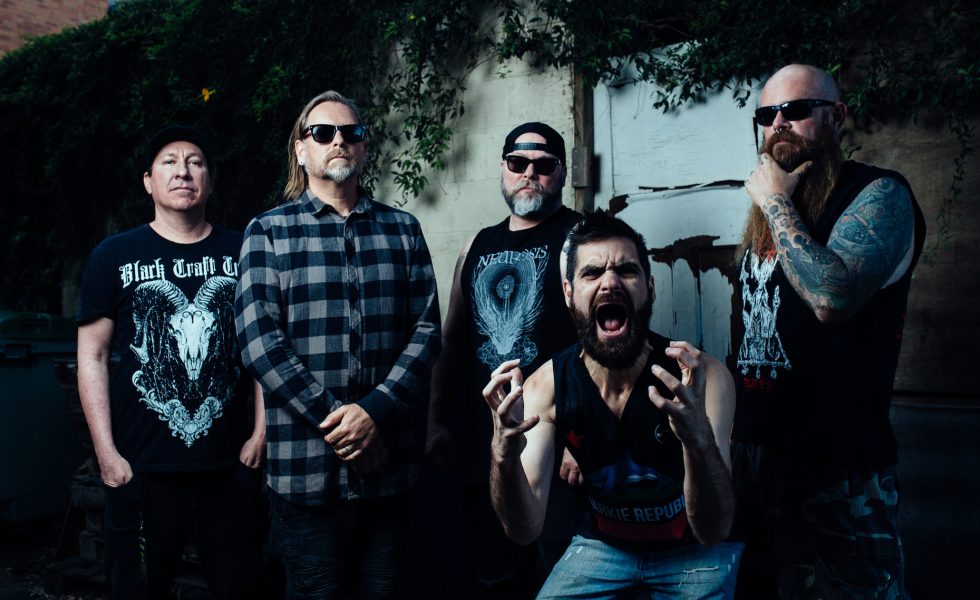 Superheist have dropped their latest film clip for the raw Crush The Crisis, from their May album Sidewinder.

With the video taken from their sold-out Heistfest gig in Melbourne back in April, the clip captures the raw energy of Superheist and their loyal fans.

“It was a crazy set at the Heistfest Melbourne show, so it was a really good one to capture on film,” explains one of Superheist’s original founding members, Richie ‘DW’ Norton.

“We recorded at The Evelyn in Melbourne, with the same director who did our Raise Hell video, Gareth McIlvray, he’s an old friend of ours and does a lot of stuff for us. And it was a great crowd, a sold-out show there, so we really wanted to capture the energy of what we do live, and we think it has really done that,” continues Norton.

Crush The Crisis was the second single released from the May album Sidewinder and for the band, this track and the album as a whole, has really solidified just how much Superheist have grown with this current line-up, and how their personal dynamics have come together so well, as it’s certainly no secret that is something that they have struggled with over the years.

And even though this is their second release since their reformation, this album feels more like the debut album for them, because of just how well they gel together these days as a band.

“Well we had a big long break, and we came back together with a new vocalist and a few new members, the first album was written mostly by myself and Zeke and there was no other influence other than ours in it,” explains Norton, referring to the 2016 release Ghosts of the Social Dead.

“This new album though, has the whole bands involvement in it. It’s a lot heavier and lot rounder if you will, and a lot more exciting in the live department as well with big beats and big riffs. And it is because we are just gelling as a band really well now,” continues Norton.

And maybe the secret to the band’s excellent dynamic these days is not having them all in the same town, or even the same state or country.

“With me on the Sunshine Coast, Sankey on the Gold Coast, Zeke in Melbourne, Simon in Adelaide and Keir in California, it’s not like we can just pop over to someone’s house when we have an idea. It takes a lot of effort to get together!” laughs Norton.

And that effort is certainly not going unnoticed as Superheist move from strength to strength with their killer new album, their recent foray into festivals with the success of the inaugural Heistfest, and now this epic new film clip. Keep an eye on Superheist, as there will surely be a few who are keen to see what direction, and what they plan to take on next.