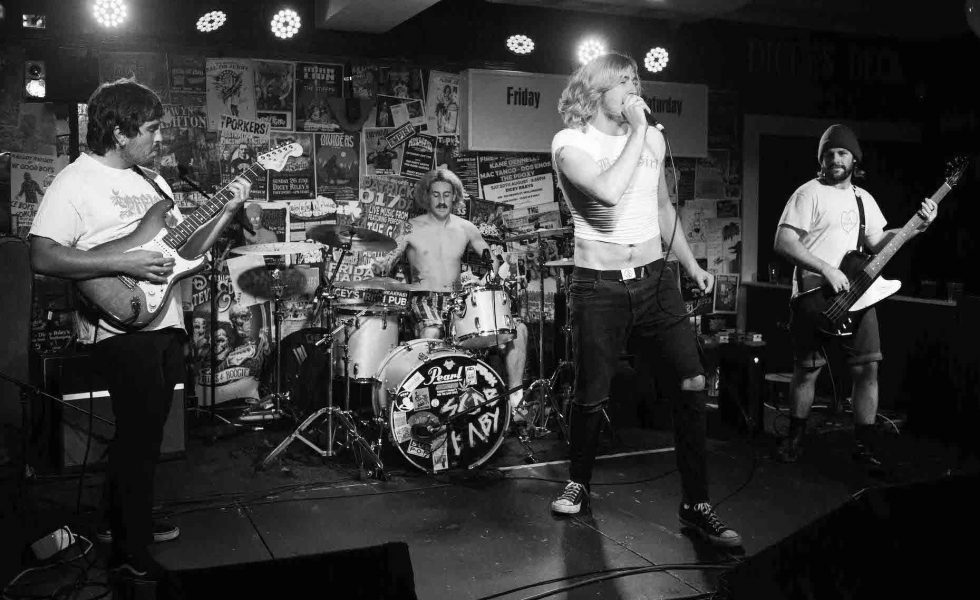 If there’s anything better than punchy punk, we don’t want to know about it!

Oz up-and-comers Power Drill are serving this up in spades with their official music video for Prison and Pills, lifted off their recent EP State of Emergency.

Keeping the high energy of the track up, the clip is all kinds of chaotic. In a statement, the band explained: “An erratic and high octane song had to be accompanied by an equally intense clip, which follows Marcus (vocalist) as he is arrested and escapes custody, just to reunite with the band for the final breakdown of the song.” Throwing in some social commentary, it also touches on police brutality, particularly in it’s closing scenes.

With a DIY ethos at its core, the Prison and Pills music video was predominantly filmed and edited by band drummer George. Maddi from marigold.media also worked on the full-band sequence, filming it at their founding shed in Eltham. Power Drill is a four-piece punk outfit bursting out of Lennox Head. Since forming in 2020, they’ve dropped two ‘uge singles and a thrashtastic debut EP, State of Emergency. They recently embarked on their first East Coast tour and tore up stages from Sydney to Brisbane.

Prison and Pills is available to stream now.