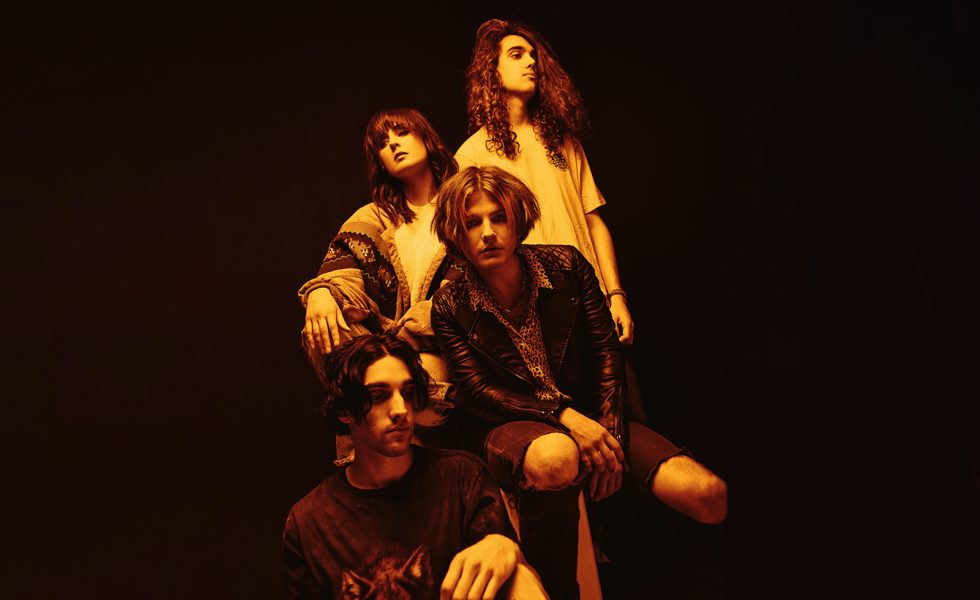 Asking us to choose between bands on the Halloween Hysteria lineup is like asking a mother which one of her children is the favourite, but we must admit we have a soft spot for To Octavia.

The electrifying alt-metallers are just about to drop their second EP, Somewhere in a World, Not of the Dream, and to celebrate, they’ve shared their latest single, COCO MOJO. We caught up with vocalist Merry Kirk-Holmes and guitarist Justin Keurntjes to chat about the track, its official music video and more.

Hysteria: Let’s get To Octavia introduced.

Justin: Molly (Congreve, guitar), Lucas (Keurntjes, drums), and I mucked around in a punk band when we were in high school. A few years passed before we met Merry, everything gelled together from there, and we’ve been going ever since.

Moving onto the new single COCO MOJO. What story were you trying to tell there?

Merry: Just before lockdown, I fell in love with someone, but then they had to go back overseas. It seemed like lockdown wasn’t going to be that long, so I was just trying to be positive about the whole thing and not being able to see them.

It must’ve been a fun experience putting the music video together. How’d it happen?

Merry: Oh yeah. Lucas came up with the song title COCO MOJO, so I decided to put it in the song lyrics. Originally, we planned on the clip being me travelling to someone else and finally seeing them, but we couldn’t do that because of lockdown. We turned it into a cocktail instead. Every band member gave me a different drink called COCO MOJO whilst I was in this room in isolation.

We were in this restaurant, and Lucas saw this cocktail called COCO MOJO on the menu, and he thought it was a sick name. When we came back to Australia, he started working on the song, and that’s what he called it.
[ Justin Keurntjes, To Octavia ]

So what does COCO MOJO actually mean?

The EP’s got such a massive soundscape behind it. Where did you draw your inspiration from?

For sure, genres feel so irrelevant now.

Merry: That’s how we feel. It’s hard to write bios for the band and try and say what genre we are because we have rock, pop and electronic influences. Genres limit new bands. We did anything we wanted on this EP. If it sounded good, we stuck it in.

Justin: We wanted our genre to be To Octavia.

What were some of your memorable moments from the recording/writing process of the EP?

Justin: It was so messy because of lockdown. There were times where only one of us could be in the studio, and the rest of us would be on Zoom calls.

Merry: It’s not great, but when we were recording Unknown Worlds …When I was singing the last part of it, the ‘darling just let me go’, I collapsed a little in the vocal booth. Our producer had to give me a little while to regain composure. It was just a super emotional bit. I was borderline crying when recording the song because of things in my life. I only did one take of the vocals at the end of it. I just wasn’t able to do anymore with the headspace I was in.

It goes without saying we’re stoked to have you at Halloween Hysteria later this year. How are you feeling about it?

Merry: We are so keen to play Brisbane again. When we played there on the Windwaker tour a couple of years ago, we just felt like we fit in. We felt so welcomed, and we’ve been so keen to go back.

Who are you most looking forward to seeing?

Justin: I feel like I’m just keen to play with a lot of those bands. There are so many Aussie acts coming together, and I’m just happy to be amongst them.

Merry: For me, my first ever CD when I was like eight years old was from Spiderbait. Playing with them now feels like such a full-circle moment. I’m so proud of To Octavia and how far we’ve come.

Catch To Octavia at Halloween Hysteria 2021 with Spiderbait, Mammal, CLOWNS, King Parrot, Gravemind, RedHook, Stepson, To The Grave, Smoking Martha, Days Like These and many more at Mansfield Tavern on Saturday 23rd October.

Somewhere in a World, Not of the Dream will be available Friday July 16.