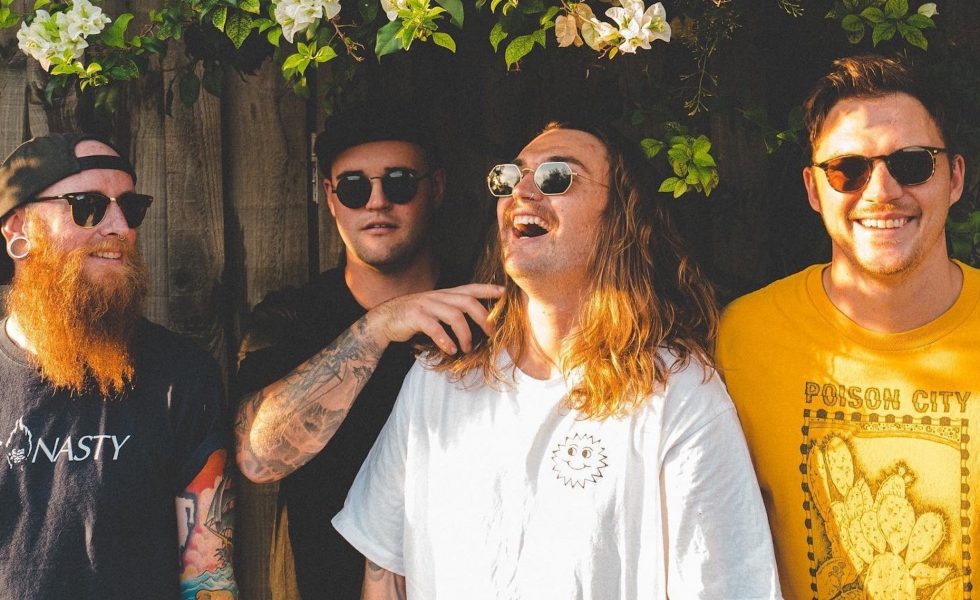 LAZY SIDEKICK // On The Bright Side

Aussie punk rock is at an all-time high right about now, and we have bands like Lazy Sidekick to thank for it.

Thriving through the COVID era, the band has returned with a new lineup and a brand-spankin’ new single, Brighter than Yesterday. Finding the silver lining in lockdown, the track is sure to bring a smile to your face. Following its release, we caught up with frontman Tom Dixon to chat about how it came together.

Hysteria: For those who are new to the band, tell us how you got started.

Tom: I’ve been playing in bands for nine or ten years. I was even in a band with all of my cousins at one stage. I’ve just always had a passion for it. My last band before Lazy Sidekick broke up. One of the boys decided to be a pilot, and another decided to be a chemist, but I still wanted to play music.

I reached out on Melbourne musicians and met this guy Cam Owen (guitar). We had our first jam, and it was unreal.  We clicked straight away, started writing some songs and booked a full band show in Tassie despite having two members. We did end up finding another two members and then recorded two singles and an EP with them. During COVID, we discovered they weren’t the right fit for the band, so we decided to find others. We played with a bunch of other bands, one of them being SNDWNR. Their band also went in different directions, so we poached Kelby Hughes (bass) and Jay Reid (drums).

Tell us about the new single, Brighter than Yesterday. We’ve heard the COVID impacted world inspired it.

I was sitting out the back of my place, having a ciggie and a beer. Back before COVID, I was pretty troubled and made some choices I wasn’t proud of. I’d go out and just get blind. When COVID hit, I had some time to sit down with myself and be more mindful. The song has some dark themes, but it’s the most positive, hopeful thing I’ve written. It’s a really good indicator of the direction we’re heading in. The lyrics are basically saying even though yesterday was shit,  tomorrow will be heaps better if you push yourself. Like smoke in the chimney, watch the fire grow. If you put your heart and soul into what you’re chasing, who knows where it will go.

The lyrics are basically saying even though yesterday was shit,  tomorrow will be heaps better if you push yourself. Like smoke in the chimney, watch the fire grow.
[ Tom Dixon ]

Did you run into any challenges putting the track together?

Yeah [laughs]. The way we write music is I have an idea, and I’ll take it to my acoustic guitar and write the lyrics and melody out. The songs I write are usually four-five minutes long, and that’s usually where the rest of the band comes in. I’ll send it to Cam, and he’ll usually say bro, why is this five minutes long? You need to condense it [laughs]. From there, we’ll jump into a room and jam it out, but we couldn’t do that with Brighter than Yesterday as it was written during lockdown. I wrote it when we were looking for a new drummer and bassist, so Cam and I put it into GarageBand, did some Zoom calls, sent the files across google drive and just went back and forth to write it.

Cam is incredible. The way he thinks about songs and sees the structure is the best. Once lockdown eased, we jumped into a jam room and played the song to Kelby and Jay and went from there. It was an interesting way of writing music. I’ve never done that before.

How keen are you for your upcoming single launch show?

So keen! It was meant to happen on the 11th of June, but we didn’t know what would happen in Melbourne, so we had to postpone it to 17th July. I can’t wait to just see friends and yell at them through a mic [laughs].

In a dream world, who are some bands you’d love to have play that show with you? Be as unrealistic as you want!

If we’re going to talk unrealistic, the number one band would be blink-182, specifically older Blink. Basement would 100% be there, so would Title Fight. If we’re realistic, Sly Withers is a wicked band and The Sleepyheads from Tassie. Luca Brasi too, although that might be a bit more realistic in a couple of years [laughs].

We hear the band has more music on the way. Can you share any details?

We’ve been working with Alex Quayle (Slowly Slowly) at Salt Studios. It’s been such a great experience, and he’s put his heart and soul into our songs. He’s had these awesome ideas, vocal harmonies, and we’ve changed the melodies up a little bit. This was the first time we’ve worked with a producer as well and had someone saying these songs are cool or we could change up these ones. We’re so keen to release our other two songs. Hopefully, by the end of this year, we will release a new album, but it could be more like next year. We’ve got a couple of yet-to-be-announced shows ahead too. It’ll be really exciting.