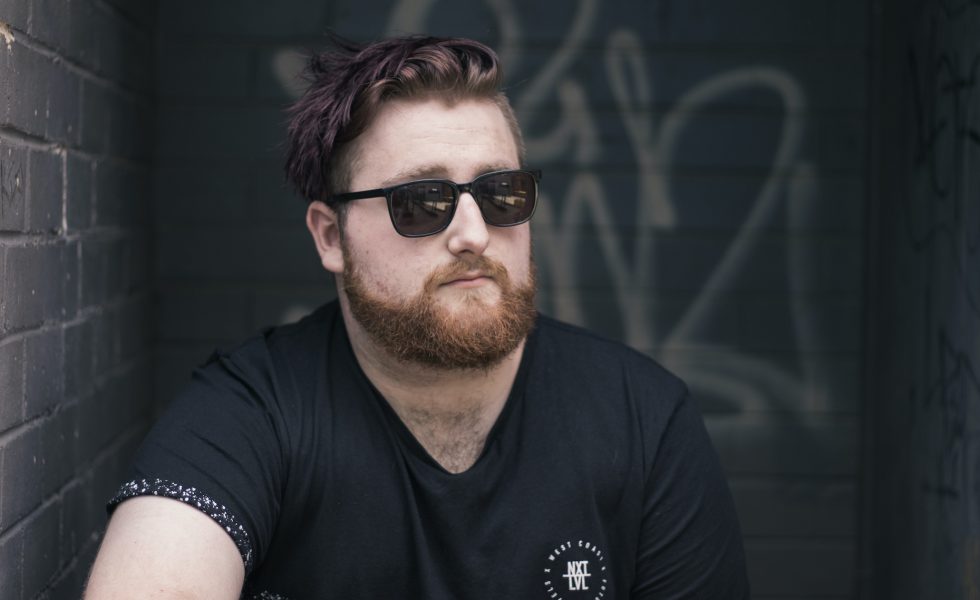 Meraki is a word the modern Greeks have used to describe doing something with creativity, passion and love.

Lachy Campbell, the creative force behind IAMMERAKI, embodies this in every sense of the word. His debut single, Contrast, is a sweltering rock number that’ll pierce you right in the soul, and we wanted to know all about it. Before it officially dropped, we caught up with Lachy for a chat.

Hysteria: Tell us about yourself.

Lachy: I’ve been making music since I was about five. I’m now 21. When I was in high school, I used to jam and settled on loud, rock music. Just getting those emotions out and all my aggression into my songwriting was great. I’ve been in and out of bands for the last five years. The past year I’ve just been working nonstop on this solo stuff.

Let’s talk about the debut single Contrast. How stoked are you to finally get it out there?

You’ve got no idea! I recorded it back in November. I was sitting on it, just making sure everything was perfect. I re-recorded music videos and remastered everything. I went through so many hoops to make sure it was exactly what I wanted it to be. It’s such a great feeling and a relief to have people finally hearing it.

Tell us about the recording process and who you worked with.

I worked with Mitta Norath at Tommirock Studios in Newcastle. I walked in with a bunch of ideas, and we sat there for a week and picked apart at them, taking the best parts and Frankensteining them together into something that worked. He’s a gem.

I’ve been in bands with five members in the past, and trying to get everyone’s input can be challenging. Working by myself is also pretty difficult though, because I’ve got no one to tell me that an idea doesn’t work. Having Mitta there, and having the same standards as him with on production, was great. We just gelled together perfectly.

It’s been more of a mental barrier than anything. I have pretty bad anxiety. In my former bands, if I couldn’t stay calm about the tiny things changing or something going wrong, someone would calm me down.
[ Lachy Campbell ]

Did you run into any other challenges with this being your first solo project?

It’s been more of a mental barrier than anything. I have pretty bad anxiety. In my former bands, if I couldn’t stay calm about the tiny things changing or something going wrong, someone would calm me down. I’ve only recently started to get some people around me who’ve told me to not worry about things and that everything will be good. Having no one else around to talk to about it is my major challenge.

It feels like personal experiences inspired the track. Can you tell us about that?

It came out of nowhere. I had just got out of a relationship, and I was driving home from work talking to my friend next to me. I had said: “Dude, I just couldn’t say goodbye.” That sparked the entire chorus of the song, and by the time I got home, I had it all in my head. I tend to use all my personal experiences to write my music; I don’t just write about nothing.

Who would you say are some of your biggest influences?

Listening to music when I was ten years old, it was stuff like Foo Fighters, Blink 182, My Chemical Romance and all the classic bands of that time. Now, listening to the production styles of bands like Stand Atlantic blows me away. Looking at how everyone else does it drives me to keep going. The industry is constantly changing, and developing with that is what influences me.

Describe your sound in a few words.

I have a few other releases up my sleeves. There’s nothing solid to talk about, but there are three more planned for this year!

FOR FANS OF: Skyway, Our Past Days, A Day To Remember