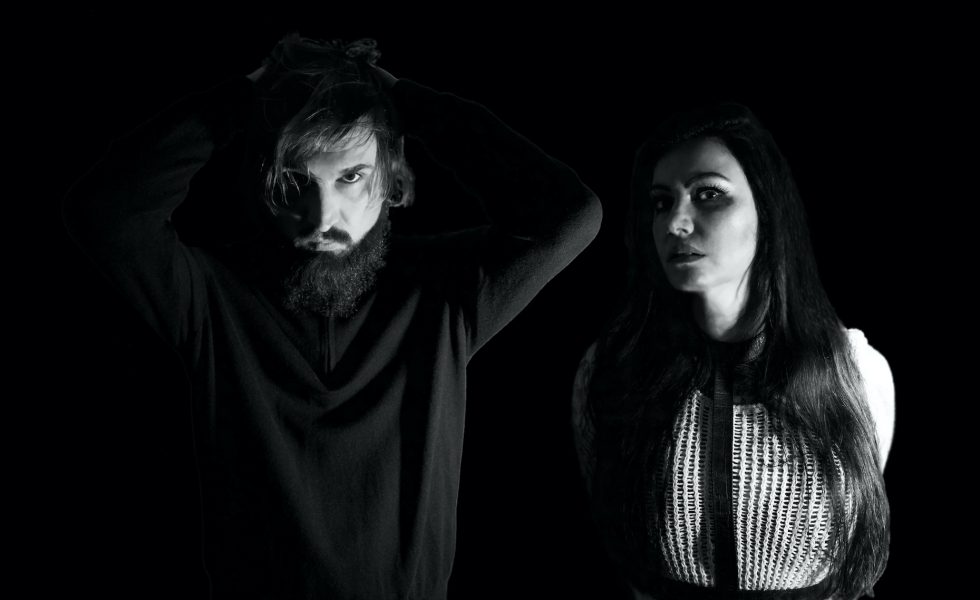 Subtlety is not a word that appears in the vocabulary of Melbourne death machine Aetherial.

MORE: KICK OUT THE JAMS with IN HEARTS WAKE // PRIVATE FUNCTION: It’s Always Their Line REVIEWS: ALPHA WOLF: a quiet place to die // MARILYN MANSON: We Are Chaos // NOFX/FRANK TURNER: West Coast Vs. Wessex // IN HEARTS WAKE: Kaliyuga // KING PARROT: Holed Up In The Lair // MOVEMENTS: No Good Left To Give // iDKHOW: RAZZMATAZZ // AETHERIAL: Nameless Horrors

The band’s second album, Nameless Horrors, is a dark and punishing set of songs that comes as a far cry from the sonic territory they explored on their debut release The Still Waters of Oblivion.

“We originally released it in 2015, so there’s been a fair wad of time in between”, explains Shep Sheppard. “It got re-released two or three years later. I guess this one is a little more contemporary… more modern sounding. That’s the sound that we definitely wanted to go for, so it sounds very much the way we planned.”

Sheppard serves as the band’s vocalist, composer and primary musician, writing and arranging the bulk of their hefty material. The other half of the Aetherial equation is bassist Cass George, who also comes up with the lyrics. It is an unusual but hardly unheard of dynamic for a group’s vocalist to not also be the lyricist, but it works for them.

“She’s kind of my Geezer Butler!” Sheppard says with a chuckle. “I used to write some of the lyrics, but it really wasn’t my forte. I just spent so much time in the past trying to concentrate on the music, so it’s been a blessing for me not to have to worry about the creation of that part.”

We’re not really influenced by anything in particular. We never really sink our teeth into certain artists
[ Shep Sheppard ]

Together, the pair have created a ferociously unforgiving album, wall to wall with crushing riffs and monstrous vocals. Aetherial’s style all but completely eschews any approach at melody, opting instead for merciless heaviness.

“We didn’t really want to do melodies,” he says. “It’s not really the genre we work in. One of the big personal things for me with songwriting was to try to create any melodies I do make without using multiple tracks or harmonies. Really simple melody lines, to see if I could encompass that through playing only rhythm.”

Nameless Horrors’ dense, almost claustrophobic heaviness is a reflection of the album’s lyrical themes. Set up early on, the very title of bone-crushing opener Indifference to Suffering doesn’t keep any secrets about what kind of horrors might be in store.

“That one is pretty deep,” Sheppard admits. “In terms of themes, it’s all personal stuff we’ve both been through, and a lot of full-on shit that’s happened to us.”

In the years since The Still Waters of Oblivion, the duo had amassed quite a library of work they needed to sort through for the new album. Nameless Horror is about fifty/fifty older songs and newer tracks.

“I probably had about 30-odd demos or full songs done, and when it came time to do the record we chose a few of the old ones. The majority of them, five or so, are newer songs.”

It’s likely to be some time before Aetherial can bring their hellish death metal assault to a live audience, but when they do, Sheppard explains, they won’t be putting together a full-time permanent band.

“We had a full band a few years ago, but when they all dropped off, we just hired some people, and that’s been perfect,” he says. “That’s actually a lot more common than it appears, but I don’t think that’s a negative thing. The musicians we work with, we don’t even need to rehearse with them. The guys we’ve had working with us live have all been excellent musicians – it’s been a very positive experience for us.”