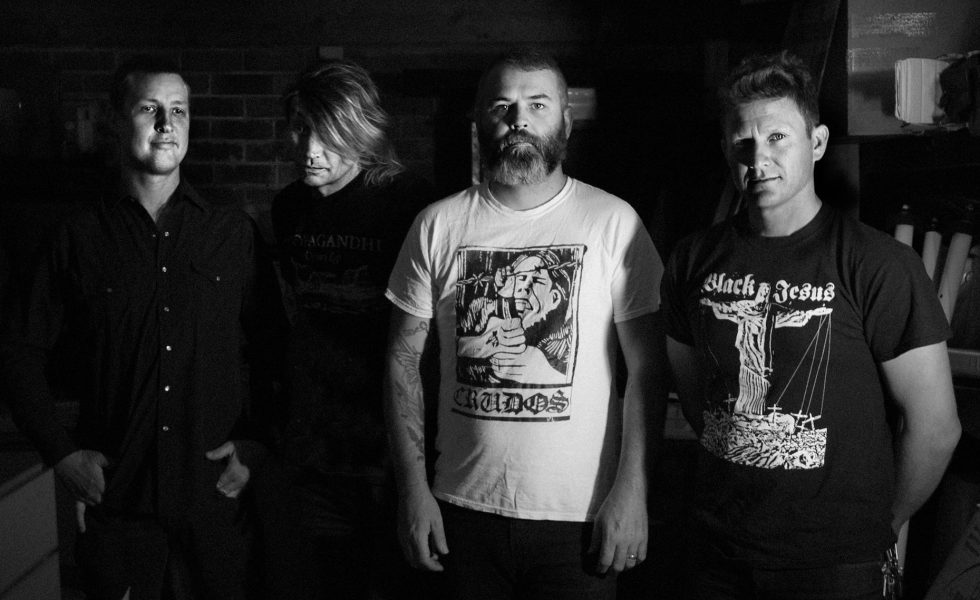 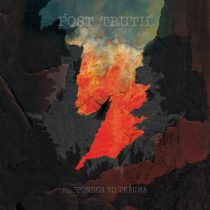 Newcastle sludge metal act Post Truth are making some noise with their blazing new record Responses to Trauma, a fierce and spirited call to arms with a poignant social undercurrent beneath its thunderous riffs.

Combining a raw, punk energy with a deeper, deliberate heaviness, Post Truth have solidified their sound on this latest record. Responses to Trauma ebbs and flows effortlessly between a headstrong metal intensity and much more mellow, rock-driven instrumentals, never failing to pack a punch along the way.

While many young metal acts confuse a wall-of-noise approach with compelling song writing, each track on this record feels precise and calculated; the down-tuned and feedback-laden instrumentals purposefully placed alongside the frantic screams to make a well-rounded heavy sound. Tracks like the opening Drowning in Thunder kick things off with a heavy and thumping riff-driven metal sound; though that’s only a taste. As you continue into the record, the old-school instrumentals become more prominent, with tracks like PFAS triumphantly led by daunting guitar riffs and distorted feedback. There’s a strange atmospheric quality to the album, as the hypnotic rung-out guitar notes and gentle cymbal crashes draws you into each track like the tide carrying you out to sea; but that doesn’t mean you’re not going to cop a few waves.

A raw recording suits perfectly to the precision of the instrumentals, making for an album that deserves to be heard live in a gritty dive bar with a beer in hand

The somewhat mellow serenity of slower tracks like Crisis Actor’s Last Scene or PFAS are equally matched by the hard and fast The Slowest March or Vile Carbon. It’s hard to even pick which are the ‘slow’ songs and which are the ‘fast’ ones, with each track dragging you in and spitting you out with equal force as the instrumentals drift between the smoothly melodic and brutally thrashing. Though the album’s instrumentals are addictive enough, if you listen closely, you’ll hear something deeper behind the group’s lyrics. From Drowning in Thunder telling the tale of asylum seekers meeting their end at sea to Crisis Actor detailing a dystopian future facing the reality of climate change, the whole album is a considered reflection of some of modern society’s greatest woes; sung with an impactful and moving intensity sure to inspire listeners who take the time to dig a little deeper.

The biggest strength of Responses to Trauma is how it plays. From front to back the album bleeds passion and aggression. A raw recording suits perfectly to the precision of the instrumentals, making for an album that deserves to be heard live in a gritty dive bar with a beer in hand. The eight-track thrasher is topped off with a dreamy, two-and-a-half-minute intro giving way to one final sludge metal treat on closing track Death During Wartime. It gives us all the good stuff that this album is built from; groovy riffs, savage screams and that old-school metal sound that’ll make you want to pick yourself up off your couch and swing your head around.

A solid offering for classic metal heads and a great starting point for younger fans sick of synth-soaked modern metal, Post Truth have knocked it out of the park with Responses to Trauma, an album that deserves more than most to be played loud and live.

STICK THIS NEXT TO: Mastodon, Eyehategod, Baroness