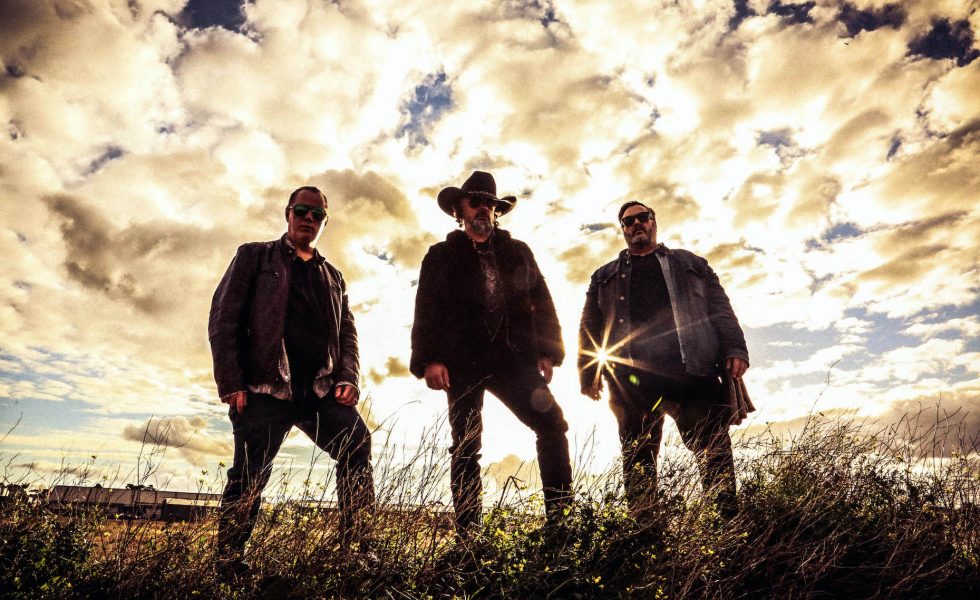 PLANET OF THE 8s // Keep on Rocking

Melbourne trio Planet of the 8s have not been idle even as lockdowns and travel restrictions continue to conspire to keep them from what they love best–rocking out on stages all over the country.

With a handful of tracks that didn’t make the cut on 2019’s Tourist Season, the lads contacted some friends and decided to do a collaborative EP to keep everyone working. Drummer Pete Carter explains the rationale.

These tracks were left over from the previous album, is that correct?

When we recorded Tourist Season, we had around 12 tracks pretty well ready to go, with the exception of these tracks from the Lagrange Point Vol. 1 EP. I recorded drum tracks for all of them but we had to make some decisions based on time and budget constraints so we whittled that down to 7 tracks to cover a full length LP, and these ones sat on ice for a bit. When we hit the lockdowns in March of last year, we started thinking of ideas to keep active and keep busy, and we had these tracks here so we thought, wouldn’t it be rad if we called up a few of our mates and said, “Hey, let’s have some fun. Let’s do some tracks together, and go from there.” That was the basis behind it.

Obviously the people you asked had no hesitation in helping out.

The problem we had was picking, who was going to best suit the song? The Australian rock scene is so strong, there’s so many talented singers and musicians in it. We’ve gone with the vocalists as writing partners on these. The challenge for us was trying to narrow it down. Nobody turned us down, so that was great.

How did you make that decision then? You had a few to choose from and managed to bring the list down to four. How did you decide who was going to do what?

Trying to figure out how we saw the songs evolving, and then finding who would best suit that track. The really obvious one for was Diesel Doleman from Duneeater on Exit Planet, which we’d actually done earlier that year. We’d record that for a compilation initially as a fundraiser for the bushfires from a couple of years ago, which everyone’s forgotten about now! Diesel was the right option for that because it’s got that Kyuss-y sort of vibe. The other guys are all from bands we’ve played with fairly regularly. Georgie from Kitchen Witch was a bit of a no-brainer. Her voice is fantastic. Big, bluesy, massive range. She’s just fantastic. Jimi from A Gazillion Angry Mexicans… (they) are like kindred spirits. We’ve partied with them so many times. Between the two of us, they’re the only band we’ve gone away with totally not remembering what happened the entire weekend. King Carrot is an absolute legend and those guys (Death by Carrot) work harder than anyone we know. Before lockdown they would be doing 200 shows around the country. That’s unheard of!

The Australian rock scene is so strong, there’s so many talented singers and musicians in it. We’ve gone with the vocalists as writing partners on these. The challenge for us was trying to narrow it down.
[ Pete Carter ]

King Carrot wrote the lyrics for Holy Fire too, didn’t he?

Yeah, and in the lyrics you can really hear how those guys lived. The Death By Carrot guys, they just get out on the road and, as KC would call it, they are road dogs. That’s what they do. That song almost romanticises doing that. Living in a van, camping by the side of the road in the middle of WA somewhere.

It’s deliberately not about lockdown, but there is still very much a vibe of isolation and yearning there.

We tried to steer clear of lockdown tracks, because every man and his dog’s doing it. We all know what’s going on, and nobody’s happy about it. But you gotta deal, you know? But you can definitely relate it to stuff like “can’t take the solitude”. That’s birthed out of the desire to be out on the road, doing his thing.

What was it like doing songs with lyrics written by others? In some ways it must have almost felt like doing covers.

It was a completely different experience for us, because when we got started with this, we were four or five years into the band, and all the music we’d done was the three of us. We’d brought Jimi and a couple of other people in to do guest spots on the album, but otherwise we’ve not really collaborated with anyone to this extent before. So it was very much completely different approaches, too. With KC, he largely wrote a lot of those lyrics in isolation and then came to us with his ideas and his formulated lyrics and we started to work together with it from there, which made it reasonably easy. With Diesel, he wrote most of the lyrics for that, but we worked pretty closely with him on the recording. That’s a bit different with KC, who’s in Brisbane. We couldn’t spent time in the studio with him and work through it. Jimi and Sullo (vocalist Michael Sullivan) were working on Babe Wolfe for a couple of months, because of lockdown. They were very much working together, having specific writing sessions because they live reasonably close to each other so they were able to get together. Georgie was working out of SA, in Adelaide, and she took more of a guest vocalist approach than as a writer, necessarily, as far as her track’s concerned.

So what do you do now that you can’t tour? How do you get out and promote this?

We were planning a regional Victorian tour and we had some dates up in NSW prior to the outbreak up there. We were trying to find ways to get out and about, but it’s gone the way it’s gone and it’s looking like we’re not going to be able to hit the road until next year. We’re gonna do it as soon as we can, but it’s near impossible to release a record and try to tour it. So we’ve got to pivot and change what we can.

How is it impacting you personally?

I’m not going to lie. It’s difficult for us, and for most artists, I’m going to say, this is therapy as much as anything. It’s what we do to stay sane. You do it because you can throw yourself wholly into it. It’s an incredible form of release. As far as that’s concerned, I don’t mind isolation, so I”m not struggling with that, as far as that goes. But, I really do miss playing. We’ve been writing tracks for our third album, and that’s kind of come to a screeching halt because of this. The main thing for us is trying to find way to do what we do without dropping everything, We;ve got to be doing something at all times. That’s just how we work, always pressing forward, always something  on the boil. We’ve got the EP out now, we’re doing a split that’s being released next year. Can’t say too much about that now, but we;ll let people know about that in due course, and writing for album number three, which is, I think if you’ve heard our first two albums, there’s two quite distinct differences on those two albums. It’s still Planet of the 8s, but the second one gets a bit more frenetic and odd. The next album will be us evolving again, which is exciting for us.

The final track Three Body Problem seems almost like it’s your track, Pete. There’s some different beats going on there.

That last one was one we’ve had laying around since the early days of the band. It was tacked on to the end of a track that didn’t really make the cut, but it was one of those things where we thought, it’s a nice way to take a breather, because Babe Wolfe is reasonably intense. So we thought this was a nice way to ease out of it. And it’s a bit cheeky!