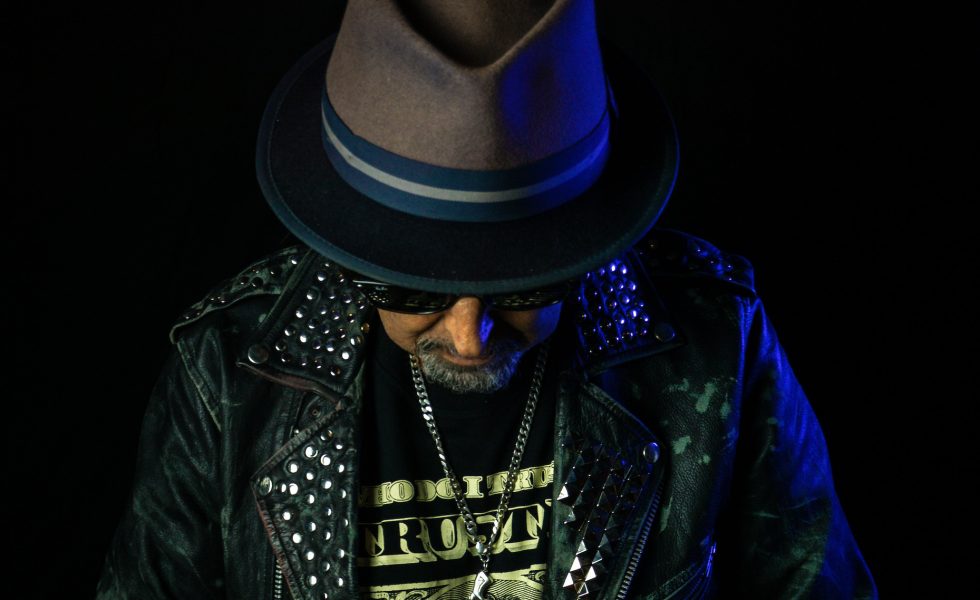 Phil Campbell has been talking about his solo album for so long now it has almost become as much a thing of legend as the man himself. He’s mentioned it in interviews going back as early as 2007, and possibly before that.

With a polite warning that our time is necessarily brief, the storied guitarist opens up about this Holy Grail of heavy rock in his deep, friendly Welsh brogue.

“It’s taken a while coming out,” he says, with wry understatement and a chuckle, speaking from his hotel in France. “It’s something I’ve been wanting to do for many years now. Now I have the opportunity, had a bit more time to get my act together and I worked with a lot of people and they all did me proud, really. I’m excited for it to come out.”

The former Motörhead guitar mainstay certainly had a long list of friends and colleagues to draw from when it came to finding special guests. Campbell really was spoiled for choice – Alice Cooper, Rob Halford, Nick Oliveri and Dee Snider are among those who add their voices, and other luminaries like Joe Satriani, Mick Mars and Chris Fehn also contributed their talent. Most importantly to Campbell, however, was having his family involved. The dedicated father has always indulged his trio of sons in their own musical journeys, and since the end of Motörhead they have toured and recorded together as Phil Campbell and the Bastard Sons.

“Todd Campbell, my son, produced the entire thing and he spent ages and years in the studio with me. And I’ve got Dane on the drums on about four songs and Tyla played some acoustic and additional electric guitar for me. I wanted all the boys involved in some way at least. Todd did a great job producing it, as well.”

Given the shape of his career since teaming up with Lemmy, Philthy Animal Taylor and Würzel Burston in Motörhead in 1984 – their first gig together was on an episode of The Young Ones six days later – one could be forgiven for thinking that the perfectly-named Old Lions Still Roar would be wall to wall rock and roll. That, of course, would be a mistake. Phil Campbell has made a lot of albums like that already.

“There would be no point in making another Motörhead-sounding record. It would be defeating the object entirely.”

I just wanted to make an interesting album, really. I put ten good songs on there. There wasn’t like any style. I wanted various songs, not some Motörhead kind of thing.
[PHIL]

“I thought it would be good to start with album with something like [Rocking Chair],” he says of the smoky, country-flavoured opening track. “People would be expecting a bit of a blaster. Lyrically it’s about me starting in the business. The guy singing it, Leon Standford, is in a band with my son Tyla, called The People The Poet and he asked me if there was anything in particular he should write lyrics about. I thought about me starting in the business, so he asked me a bunch of questions and he got it all done. I thought that would be a great way to open the album.”

Lest anyone thinks Phil Campbell is getting soft as he nudges 60, there’s plenty of weight on there too. After such a long time making music that was fundamentally the same, however, Campbell felt the need to vary his album as much as possible. It’s a point he’s made about this album from the very beginning.

“I just wanted to make an interesting album, really. I put ten good songs on there. There wasn’t like any style. I wanted various songs, not some Motörhead kind of thing. No disrespect to Motörhead,” he says quickly. “I did 20-odd albums like that, so I don’t think anyone would complain. But I’m sure they will! A good song’s a good song at the end of the day. If you enjoy a song, the job’s done.”

Old Lions Still Roar is a few steps away from Motörhead’s furious four-to-the-floor rock and roll. From a piano ballad with Skindred frontman Benji Webbe on vocals to a laid back instrumental featuring Satriani, to Oliveri and Danko Jones helping him rock up a storm on Walk the Talk, Campbell certainly challenges any idea that he might be a one-trick pony. He has some words for anyone who might harbour such notions about anyone involved in artistic pursuits.

“An artist is an artist,” he says, “and people should open their minds to a whole range of creativity. It’s easy to pigeonhole people. You’ve got to remember, these people aren’t locked in their brains. They’re capable of all sorts. Mark King from Level 42 is one of the finest virtuoso bass players there’s ever been on the planet. He played on one song, Left for Dead. It’s quite a simple song and I asked Mark to put some bass on it, but these people are such professionals, and they play just for the song and not for themselves. He sent the thing back and it was perfect. Just as I imagined it. There’s some little flashy bits and everything, but he played for the song.”

Dead Roses is particularly noteworthy, with he and Benji Webbe showcasing very different sides to their personalities.

“I like to stretch people as well. Benji came down to the studio to do that one and he did it pretty well. He did it all in one night. I think he was really pleased with it. I think he surprised himself a little bit.”

Surprising his legion of fans and bringing out the best in his musical compatriots may not have been on his mind when he first began to develop the ideas for this album all those years ago, even if it has turned out that way in the end. He’s happy it’s finally done, and on his own terms. Phil Campbell is immensely proud of it and, as always, he couldn’t care less about what anyone else might think.

“It’s something I’ve wanted to get out of my system, and I’ve got no complaints. It’s great work, I think. I’m not going to please everyone with it. I’m sure there’ll be people on my ass about it, but it’s their problem, not mine, really.”