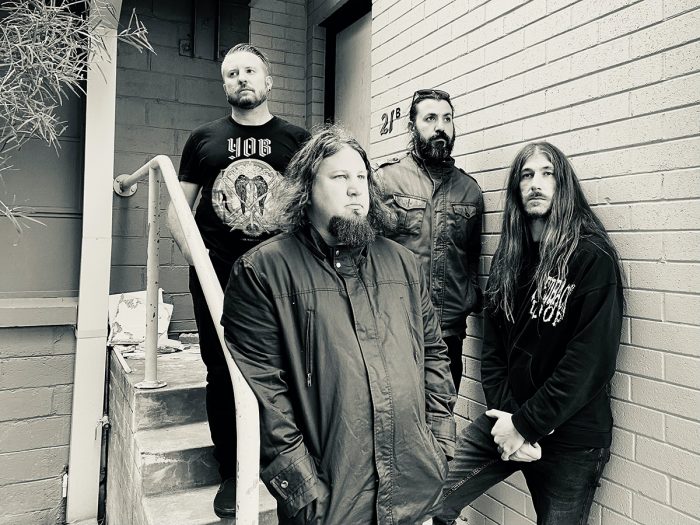 Perth post-metallers Neomantra is here to crush your eardrums with their knockout debut EP Henosis, released on September 3rd.

Not just a stellar addition to the Oz metal scene, the five-tracker also offers up a philosophical edge.

As the band explains: “The EP was constructed with balance in mind, as a central recurring theme throughout. Lyrical content has therefore been used sparsely to bring equilibrium to the tracks rather than a predominant focus being placed on the lyricist. However, enough lyrical content is applied to effectively tell the story of each song.”

Henosis was written and performed by the band, produced and mixed by Mark McEwen at Underground Recording Studios and co-produced by Drew Goddard (Karnivool). It features tracks like Solipsism, The Absolute and Plato’s Shadows, and a range of sounds including doom metal and percussion- basically, there’s no doubt this will send necks snapping all over the country.

FOR FANS OF: TOOL, Gojira, Crowbar