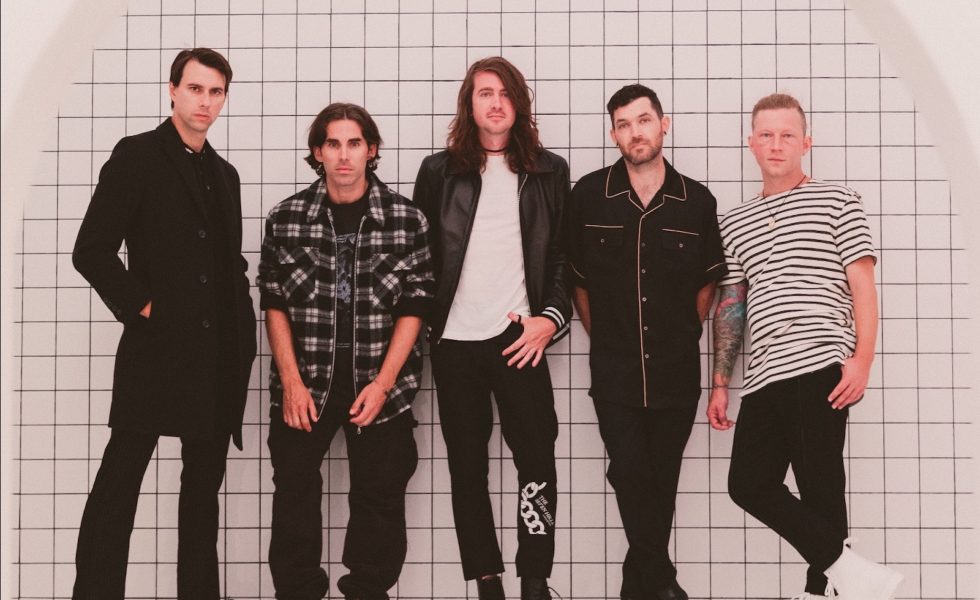 MAYDAY PARADE // Back To Tear Our Heartstrings To Shreds

Sixteen years in, and Mayday Parade are still our undisputed kings of emotional pop-punk.

From A Lesson in Romantics to their self-titled to their most recent LP, What it Means to Fall Apart, they’ve stolen (or is that torn apart?) our hearts, and Mayday Parade kept their hands firmly on their crown whilst doing it. We caught up with guitarist Alex Garcia to discuss their most recent offering, finding inspiration and more.

Hysteria: Let’s dig into What it Means to Fall Apart. It being your seventh LP, where did you draw your inspiration from this time?

Alex: We did what we normally do, where everyone just writes independently of each other. And we just present the songs that we’ve written to each other, and kind of pick and choose. So for inspiration, I can’t think of anything specific that was different for this album than any other one.

Is there a story behind the record title?

We titled the record at the height of the pandemic. Mind you, a lot of the songs were written and recorded. Some were written during the pandemic, and others weren’t. But, when we were putting it together with the title and getting the artwork and all that, it was peak pandemic. So I think the title really resonates with the idea of your world being shattered. That’s how we all felt. Luckily everyone was in a stable place, but our careers were pretty much put on pause, and it was kind of scary to think, how long will this go on?

Mayday Parade has spoken about diverging from their typical path in the studio on WIMTFA. How do you feel that came about?

It was interesting. In the past, we’d usually commit ourselves to maybe two months or so of writing and recording or, you know, deciding on the songs that will be on the album because they’ll have been written well before we got together. Frm then, we’d collaborate or pick and choose the songs that we wanted to work on. And then, in that two month time, we’d do pre-production and record like 15 or so songs that would make up a 12 to 13 track album.

This time around, we chose to go piecemeal and do a handful of songs at a time. Like I said before, this was even before COVID. We had gone into the studio a couple of times and recorded some music. At the time, we weren’t very sure what those songs would be used for. We just wanted to start going into the studio more frequently, but working on less material, if that makes sense. Instead of knocking out 15 songs in two months, we wanted to do maybe two weeks and focus on three songs, so about half of the record was done in those sessions. And then the other half happened once the pandemic was in full swing, but at a point where we felt relatively comfortable travelling to Atlanta. We thought it’d be smart, given we had nothing else really going on, to work on and release an actual full-length album. And we used a lot of the songs that we had previously recorded and then went in and recorded about six or seven more.

I think the title really resonates with the idea of your world being shattered. That’s how we all felt. Luckily everyone was in a stable place, but our careers were pretty much put on pause, and it was kind of scary to think, how long will this go on?
[ Alex Garcia ]

Was it hard for you guys to find the motivation to craft when it felt like you couldn’t do much else?

100%. What actually struck me was I thought I was alone in that, but whenever we started chatting about it, I came to realise that pretty much everyone in the band felt that way. It’s a weird thing because we were on tour so frequently. With this pandemic, there was nothing but time and space and the potential to work on music. It was just ironic that we had that, but then I think everyone was just … I don’t know if disheartened is the right word, but you know, demoralised, I guess. It was a bit hard to be productive. But then, you know, we figured out our new normal.

Humans are resilient. People figured out how to adapt, and, for us, we were able to write and record those songs, and I think everyone is very happy with them. Honestly, it was nice once we got together because, you know, as I said, we couldn’t do much else. We couldn’t tour; we couldn’t perform live at all, barring the virtual shows. So it was actually really nice to be in the studio with each other, doing the only thing we really could.

Yeah, we think that makes total sense. We are super stoked to have you visit next year. So what are you most looking forward to doing as soon as Mayday Parade lands?

Man, I haven’t even really thought about it. To be honest with you, this will be the cynical and pessimistic portion of this interview, but I’m still very hesitant to think about it too much and get my hopes up. It was like that on our last tour in the US too. It’s on the books, and it’s happening, but I don’t want to jinx it by thinking, oh, I’m going to do this or I’m going to do that. But, to answer your question, I actually have a friend that lives in Sydney. So I’m excited to see him. And other than that, I don’t know. Find some good food.

Yeah, as I said, we had the US tour that we finished a couple of months ago. And people would ask me, are you excited about this? Or, are you ready to get back out there? And I was like, yeah, but I mean I’ll be excited when I get home from that tour because that means that it will have happened. We had a handful of COVID complications, people had to miss shows, and it became an arduous process. Way more complicated than any other time we had toured. But you know, if that’s how it is now, I’ll take it being difficult as long as it’s back. This is something we all love.