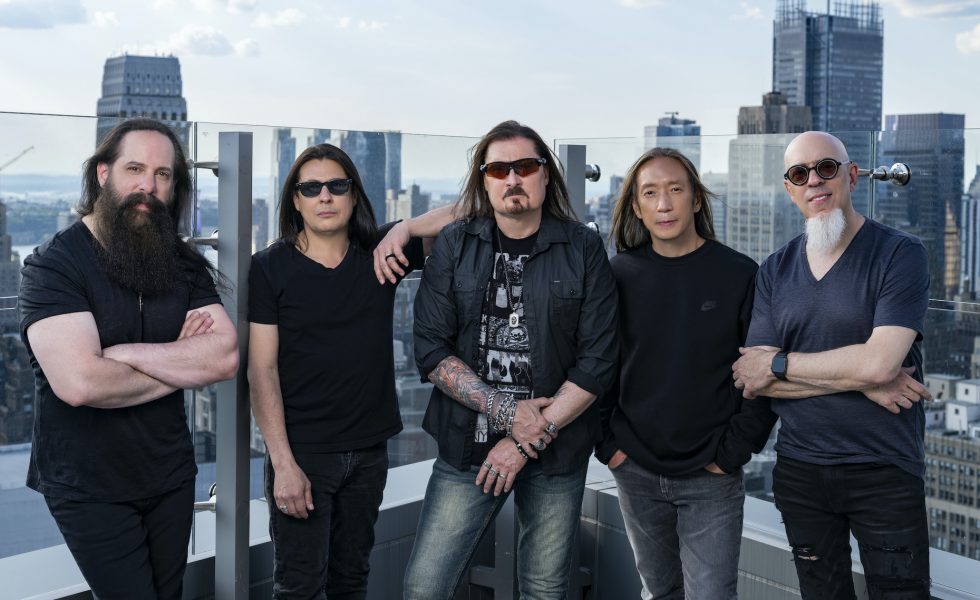 DREAM THEATER // The Perfect Playlist For The Dream Theater Beginner

Dream Theater has been the final word in progressive metal for the best part of thirty years.

Coming to prominence with 1992’s Images and Words, the New York music school dropouts have made some of the most important and influential prog metal albums of all time and their fifteenth studio release, A View From the Top of the World comes out this month. If you’re late to the party and you want in on this amazing band and their sweeping legacy but have no idea where to start, you’ve come to the right place as we bring you a carefully curated list of the perfect Dream Theater playlist to help you on your way.

A Fortune in Lies

The opening track on their 1989 debut When Dream and Day Unite, A Fortune in Lies shows off Dream Theater’s early Queensryche-inspired pretensions. Their style is still undeveloped but the musicianship and potential is obvious, even if it suffers from lacklustre production and the limitations of vocalist Charlie Dominici, who was fired almost immediately afterwards.

The best known of all Dream Theater songs, Pull Me Under opened their second album and thus introduced singer James LaBrie. An experiment in tension-building that abruptly ends mid-note after eight minutes and eleven seconds, the song gave the band their only US Top Ten when it was embraced by MTV and is now regarded as their signature tune.

Another track that has become a staple of the band’s live set, Lie was the first single from 1994’s Awake. Pressured by their label into attempting a more “metal” sound after the success of Images and Words, Lie projects this darker and heavier Dream Theater style.

1997’s follow-up to Awake, Falling Into Infinity, saw Dream Theater taking a more laidback rock approach. With the progressive elements less pronounced and outside influences seemingly more apparent than on previous efforts, the album remains lesser regarded but Peruvian Skies is still one of the band’s more popular efforts—a stand out on an otherwise underwhelming release.

Dream Theater’s answer to Falling Into Infinity was 1999’s Metropolis Pt 2: Scenes From a Memory, an album length sequel to a track from Images and Words that amounts to one of the greatest progressive metal records ever. Home was the sixth and longest sections of the suite and an emphatic declaration that Dream Theater would no longer pander to pressure or influences from outside the band.

The band’s next epic Six Degrees of Inner Turbulence literally begins the way the previous album had finished, with The Glass Prison opening on the phonograph static that closed Metropolis. The Glass Prison is the exploration of drummer Mike Portnoy’s path to sobriety, the first part of his Twelve-Step Suite that spread across the next four albums and he later performed as a complete live set with a solo band in 2017.

Train of Thought stepped up the heaviness factor once again, pulling back some of the excesses of Six Degrees…. As I Am opens proceedings with an affirmation of independence and self-determination that sets the tone for the more aggressive sound Dream Theater presents.

Eighth album Octavarium was a more streamlined and commercially-tinged affair. Written in the key of C following the record’s aesthetic, Panic Attack is one of the more immediate and heaviest of its songs, perfectly reflecting the theme of its lyrics.

Based on a Lovecraft tale, the middle track from Systematic Chaos is a showcase for keyboardist Jordan Rudess’ improvisational tendencies as well as containing one of guitarist John Petrucci’s gnarliest riffs. The final part of the almost nine-minute track is probably the most brutal section of music in the Dream Theater catalogue.

A Nightmare to Remember

If Dream Theater had been dialling back on some of their excess since Six Degrees…, A Nightmare to Remember was the warning that it was back. Metallic and stupendous, with some of Petrucci’s best solos (and that’s saying something) and soon-to-be-departed drummer Mike Portnoy trading off dark growls against LaBrie, this was a declaration of Dream Theater abandoning all pretence of restraint.

The heaviest and most technical track on Dream Theater’s eleventh album, Lost Not Forgotten throws everything against the wall to see what sticks – Meshuggah-like riffing, multi-part vocal harmonies and an enormous instrumental section. Their first album without Portnoy, A Dramatic Turn of Events was hardly the most innovative offering, but this track more than makes up for any lapses elsewhere.

The Enemy Inside epitomises Dream Theater’s goal for their self-titled 12th album to present shorter, more focused tracks. Bringing the band close to the realm of death metal, The Enemy Inside is a true showcase for new drummer Mike Mangini as he powers through the song’s changes.

The Gift of Music

Pulling apart the band’s stupidly long The Astonishing sci-fi epic is like reducing an opera to a set of arias. At more than two hours, Petrucci’s enormous concept tested the patience of even the most dedicated fan, but The Gift of Music introduces the story as a Rush-like melodic prog rock track, one of the album’s most digestible pieces.

The yin to The Astonishing’s yang, Distance Over Time was Dream Theater’s most accessible album for twenty years but lost nothing of their trademark spectacular musicianship. Untethered Angel introduces the album by directly summing up the album’s pretensions – technicality and accessibility, replete with ever-changing time signatures but also displaying a fresh inspiration and creative renewal.

So there you have it, for those who have just started to dabble or simply don’t know where to begin—a brief overview of the sweeping majesty of Dream Theater’s studio output thus far.

A View From the Top of the World is released on October 22.