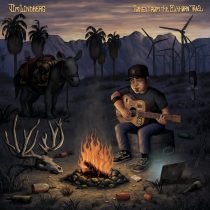 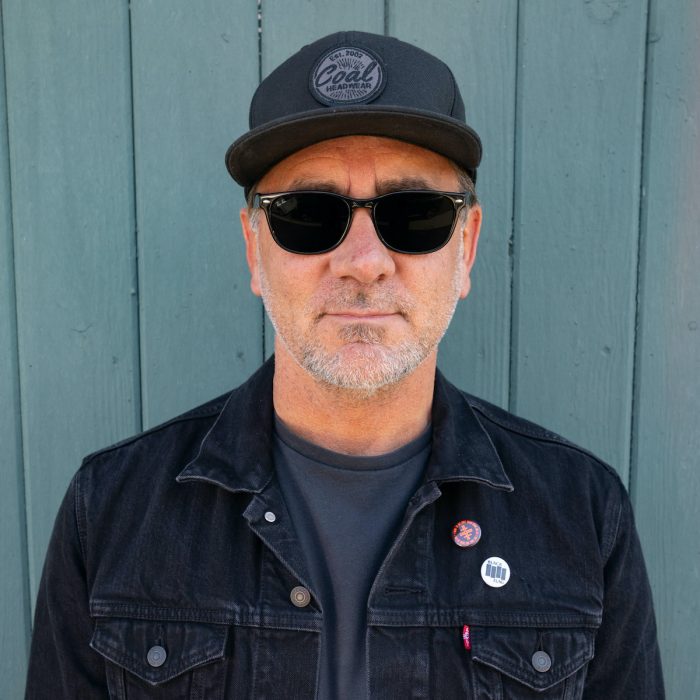 Arresting opener Palm Of Your Hand contains vignette-verses outlining the rough backstories of a pair of fictional characters–“Left-Handed Sal” the pickpocket and “Walleyed Sally”, a streetworker’s daughter–before rallying choruses tailor-made for raucous stadium singalongs encourage the downtrodden to “just let it all out”: “Woah-OH!/Let your feelings show-oh-oh-oh/You’ve got the answer in the palm of your hand/You can’t understand, you won’t see it.” We’re just one song in and already feel ready to take on the world!

“Some of the songs on the album were written in the ‘80s and ‘90s,” Jim Lindberg, most known for his role as songwriter/lead singer of Pennywise, details on his Facebook page, before cheekily adding, “so why not experience them in their native habitat on a fat ass Marantz Stereo with giant Altec Lansing speakers in your living room like I did as a kid?”

For his solo acoustic debut, Lindberg drew inspiration from his late father, who passed away in 2018 following a battle with Alzheimer’s disease. The album’s cover art, created by South Bay punk artist/musician Bob Dob, is a depiction of Lindberg strumming his acoustic by a campfire, immersed in a songwriting sesh outside his dad’s Palm Desert rental house near the Elkhorn Trail.

“Drove to the desert house to say my last goodbye/I ran every light, didn’t make it there in time … A toast to those who gave us life”–Don’t Lay Me Down’s heartbreaking autobiographical detail is underscored by emotive strings and we recommend you keep the Kleenex within reach.

Don’t by fooled by Songs From The Elkhorn Trail’s lively tempos, Lindberg’s reflective, philosophical, acoustic guitar-driven collection explores human frailty while delivering a timely reminder that life’s “gone too fast”: “So who do you wanna be?/You’re the only one who can set you free/When you set out on your own/ Don’t you know you’re never really alone?” Ultimately, hope prevails.

STANDOUT TRACKS: Palm Of Your Hand, I Feel Like The Sun, Don’t Lay Me Down

STICK THIS NEXT TO: Joe Strummer, Tony Sly, Pennywise