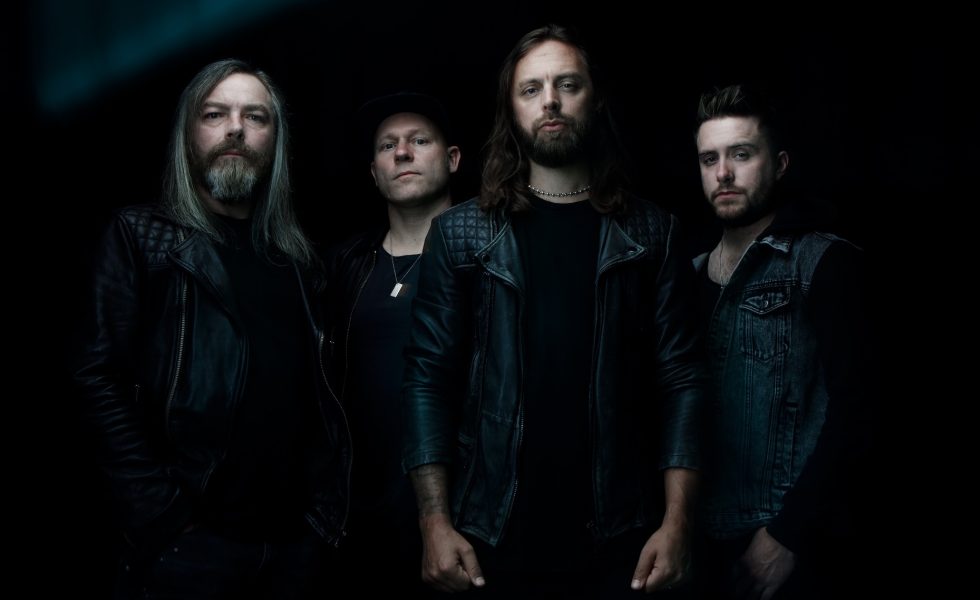 BULLET FOR MY VALENTINE // Building A Metal Legacy

Despite being a band for the better part of two decades, Bullet For My Valentine has proven they’ve still got some tricks up their leather-clad sleeves.

Recent singles like Shatter and Knives showed just how heavy they could get—a trend at the core of their self-titled seventh LP. Before its official release, we caught up with frontman Matt Tuck to chat about it and more.

Hysteria: Congratulations on the new record! It’s easily the heaviest one the band’s put out. Did the current global climate inspire that anger?

Matt: No, not really. We were in between tours in 2019, and we just took it upon ourselves to get moving. Just to get in the room, get some demos down, some ideas going and see what was going on creatively and musically. So we did that in between tours in 2019, and thankfully we kind of found our direction around that autumn/winter. We kind of knew what we were doing and had a couple of the heavier songs demoed. We hadn’t by any stretch of the imagination finished writing the album, but we had the direction, and we were excited. Then obviously, the brakes got put on real quick and for quite a long time (laughs). But I think we used our time wisely. We were on the right track with the style. Since we had made a head start post-pandemic, it wasn’t panic stations when we had to stop. It was more just an annoyance.

For sure. So I guess being a band for the amount of time you guys have been, was it almost a sense of wanting to explore new territory?

Yeah, there’s always that. You know I’ve always been a fan of pushing the boundaries creatively and trying to make the band do things a little bit differently. We’ve been doing this for so long now, and we want to keep it exciting. If you do things identically from album to album, it will get pretty stale and boring fast. This time around, after many songwriting sessions, it became apparent that we would explore the heavier side of what we do. As soon as Knives came along, it just opened the door for us to have that confidence to make a no holds barred, ferocious, technical metal record. Which was really cool; everyone was super excited.

I’ve always been a fan of pushing the boundaries creatively and trying to make the band do things a little bit differently. We’ve been doing this for so long now, and we want to keep it exciting.
[ Matt Tuck, Bullet For My Valentine ]

We couldn’t go past the record opener, Parasite. We loved how it celebrates so many of your old tracks. Walk us through that.

Yeah, we wanted something as an intro. It’s always nice to open the album with something a bit ambient or weird, something you can roll for the live shows and stuff like that. You know, the intro was the last thing that we did before finishing the album. We went in reverse. We wanted something that was a nod to the past and a celebration of what got us to where we are today. So that was kind of the idea there. We just thought that putting those key tracks as a showcase of everything that’s come in the last 15 years was a cool idea. It’s not something we’ve ever heard before, and we thought it was a great way to open the record.

Looking back on these past 15 years, did you ever feel like the band would be in the position you’re in now?

It was probably after the third record that we kind of knew. Obviously, we’d built up a pretty big global fan base, and we’d done very well with album sales and all that stuff. Before that, we didn’t know. We didn’t know the longevity was there because it’s just not guaranteed in this industry. You can be the best thing since sliced bread one moment and then nothing the next. We’re always aware of that, and we try to keep up the momentum, keep up the energy and constantly deliver as a live band. I just think having that motivation and hunger to always improve has kept us focused and evolving.

We were just excited to be given an opportunity, even when we signed a record deal. You know, it was kind of like we’d won the lottery, and all our dreams had come true. We try to hold on to that feeling of how lucky we were, and even to this day, that’s kind of how we feel. We just want to evolve and progress and never rest on our laurels as a live band or as songwriters.

It was just the songs that we all thought made the album the most exciting. We put ourselves in the ears of the fans. We wanted to give them the songs that we thought they’d want to hear the most.
[ Matt Tuck, Bullet For My Valentine ]

In past interviews, you’ve spoken about having 20 or 30 songs for this record. How’d you go about whittling it down?

We focused on what represented the album and band best. And what made the self-titled the strongest. I think we wrote seven or eight songs pre Knives, and they went in the bin. And then I think we wrote about 18 songs after that. We recorded them, and they’re sitting on a hard drive somewhere, just waiting for their moment to shine. It was just the songs that we all thought made the album the most exciting. We put ourselves in the ears of the fans. We wanted to give them the songs that we thought they’d want to hear the most.

You alluded to it there, but will we see those tracks as a b-side or even on another record?

Oh absolutely. I mean, a couple of the songs were actually recorded after the album was done. They were from a different session, but I’d say they’re equally, if not better, than those that ended up on the self-titled. So yes, we’re definitely going to be dropping them post record. It’ll probably be around a festival run or something like that, just to give the fans something new to listen to and give us something new to play live. We just need to get a strategy and work out when and how we will do it. We want to be creative and dynamic with what we do post record.

Give us a rundown on how the record actually came together.

We went on a South American run in November/December 2019, straight after the last demo session. Then Christmas/New Year came, and we had that off. Then February came around, and it was becoming quite clear that this thing (COVID-19) was evolving globally. We didn’t really do much in that period between January to March. Looking back, we should have just got into it a bit more, but you know, in hindsight, it doesn’t really matter. And then in March, here in the UK and pretty much everywhere around the world, there were lockdowns and all that kind of stuff, so the brakes were on pretty quickly. We really couldn’t do anything as a band up until June/July, when our restrictions eased.

It was quite disruptive and annoying that we’d made headway into writing an album. Taking the momentum and energy away wasn’t a great vibe, but we just made the most of it. By late summer, our restrictions had eased even further, and that was when we all got together. We all went down to Padge’s (Michael “Padge” Paget, guitar) place in Wales because he’s got a really nice home studio. And we just got to work; that’s when a bunch of the core songs came out. Thankfully it felt like our momentum, and the creative side of it hadn’t lost any steam.

We wrote Parasite, Shatter and My Reverie in that session—all these really cool and integral heavy songs. We didn’t really stop writing until October, when we went in to record. So it wasn’t too disruptive. It was just kind of annoying that the brakes went on when we felt like the momentum had started to build.

Here in Australia, we have FOMO over the fact that you can play shows. One of your recent ones was the Download Pilot. How’d you find that?

That was the first show we’d played since December 2019. It’d been a year and a half, which is very unusual for us. It was a phenomenal experience. To be asked to do it in the first place blew us away. It was completely overwhelming. It’s kind of a moment that we’ve been working all this time to achieve.

Yes, it wasn’t the full capacity, but to be considered as the headliners still meant the world to us. The whole build-up was great. We didn’t know we were playing until three weeks before the event, so it was exciting and scary, and we were nervous. But then, when it came down to it, being there on the day and walking out on the stage for the first time in a year and a half to 10,000 screaming metalheads was such a euphoric experience. The energy levels and the joy that was there that whole weekend was just phenomenal. It’s something that everyone had missed. Music is an integral part of many people’s lives, not just for the bands but for the listeners and people who attend gigs. It was just a well-rounded, beautiful experience. It’s definitely something we’ll never forget.

Last one from us. What do you hope fans get out of this new album?

I hope they like it and it makes them smile. And that it gets the adrenaline flowing and makes them excited to come and see us live. That’s all you can really hope for when you deliver an album—that people enjoy listening to it. We put our heart and soul into it and spent over a year writing and recording it. A lot of love went into it, so for people to appreciate it for what it is and listen to it and smile … that’s what we hope for every single time. I hope everyone loves it as much as we do.