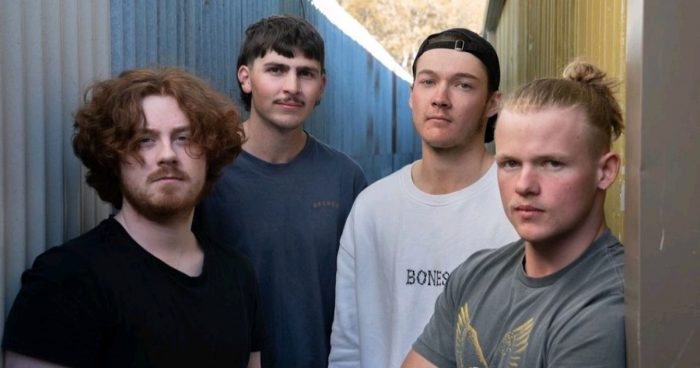 Albury’s Mary Roll are ones to watch.

MORE: BLOOD COMMAND: Nikki Brumen Discusses Pagan, Blood Command and Why ‘The End Is Her’ // CLOWNS: Unleash New Single ‘Sarah’ REVIEWS: THE BRONX: VI // JINJER: Wallflowers // TURNSTILE: Glow On // LOSER: All The Rage // THE DEATH SET: How To Tune A Parrot // SPIRITBOX: Eternal Blue // MARY ROLL: There’s Nothing Left For Us

Last year, they shared their debut EP, and they’ve kept the momentum going with their latest tune, There’s Nothing Left For Us.  It’s a high-energy rock number with smatterings of grunge and indie, and it’s all kinds of amazing. Before its official release, we got frontman Finn Lockley on the line for a chat about the track, their history and next moves.

Finn: There are four of us in the band. There’s me [guitar/vocals], Jacob “Clarence” Elliot [guitar], Jarrem Toon [drums] and Josh Mutsch [bass]. The three of them started this band back in high school and did cover shows and random gigs around Albury. I met them in 2018, I was opening for them at a show, and we hit it off and started chatting.

I gave them my contact details, and a couple of months later, they sent me a text saying they were looking for another band member. We met up for a jam, and we worked well together. Before we knew it, we were rearranging who was doing what. Since then, we’ve played loads of cover shows around Albury. We released our debut EP last year, and we’re starting to make more moves this year.

Jarrem’s dad actually came up with it. At the start, the boys didn’t have any idea what to call the band. One day, his dad, Dave, told him of this idea he had for the band name, Mary Roll. He told him this story of his Grandmother named Mary, who made jam rolls. Originally it was a joke name, but it stuck, and we’ve had it ever since.

It was adorable! It’s a bit similar to the Pearl Jam name.

Let’s dig into what inspired the new single, There’s Nothing Left For Us.

With a lot of our songs, we just throw random words out there and see what sticks. The lyrics we had at the start are very different to what we have now. The only thing that stayed the same was the chorus; there’s nothing left for us here. That was a phrase I threw out there. At the time, I was dealing with my parents splitting up and some fallouts with friends, so I felt it was time to move on and find something new. From there, I decided to write a song about parting ways with someone and realising that where you are now is not where you have to be. It came to me quickly. I jotted some ideas down in the drafts and spoke to the boys. We then picked what we thought flowed best.

At the time, I was dealing with my parents splitting up and some fallouts with friends, so I felt it was time to move on and find something new. From there, I decided to write a song about parting ways with someone and realising that where you are now is not where you have to be.
[ Finn Lockley ]

We got 90s/early 2000s rock vibes from the track. So who would you say are some of the band’s biggest influences?

This is a good question because we have different influences on every song. The songs on our first EP have a very distinct indie rock sound, but then this single is different. The main influences here were Royal Blood, Violent Soho, Foo Fighters and Arctic Monkeys. Jacob and I work on a lot of songs together, and we take inspiration from lots of places and pick different concepts.

How do you feel the process of putting this track together compared to your debut EP?

On our first EP, we had five songs. It was our first time recording in a studio, we drove down to Wagga, which was about an hour away, and we did it all in two days. It was a nightmare to get it done so quickly, but we were just keen to express ourselves with our sound and get the tracks out. We did rush it a bit, honestly, but we were just excited.

This single was different, though. We tested it at a few shows. We showed our friends and got positive feedback, so we just bided our time and waited until we felt it was right to start recording. We went in with Simon at Albury Sound and Lighting. He’s amazing. He knew exactly what we were going for and helped us lay it all down. He guided me completely in terms of the vocals, and before I knew it, I was singing better than ever before.

Is this track part of a bigger release?

At the moment, it’s a standalone single, but the plan is to put it as a starting track on our first album, which will hopefully drop next year. We’ve been using lockdown to make new songs and perfect our craft. The album’s a work in progress, but we have some songs that will be on it no matter what. We have a single called Get Back that we’re hoping to share at the end of the year. It’s my personal favourite. All up, we will have nine or ten songs. They’ll be hard-hitting ones you can listen to time and again.

We’re a new band, but we hope to stick around for a while. We’re hard-working and always push what we can do musically and peoples expectations of us. We won’t stop until we become the best band ever, that’s a promise. 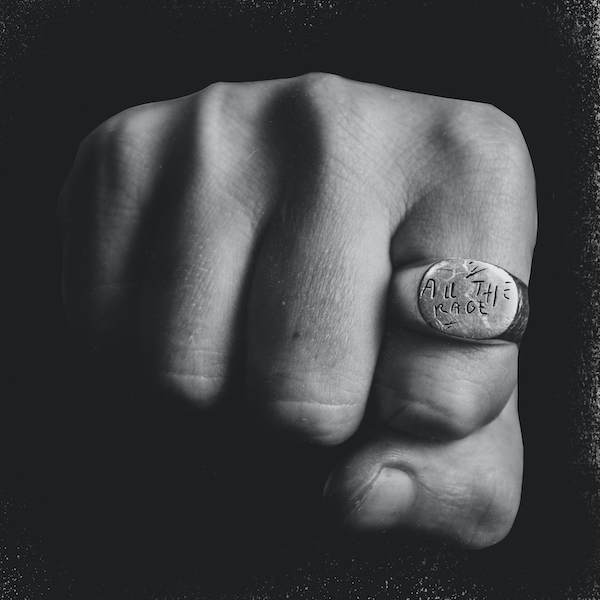