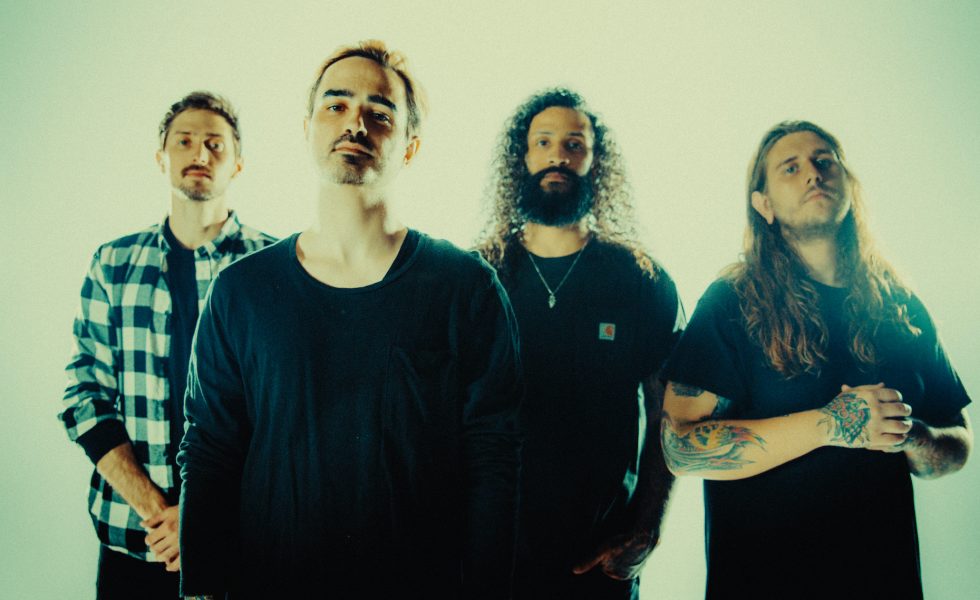 Metal/hardcore band Like Moths To Flames have released their next single, YOTM, ahead of the 30th October release of their next album No Eternity In Gold.

YOTM or Year of the Moth is an incredibly technical piece with precise and ferocious gatling gun drumming, whirling and technical guitar, and both clean and growled vocals. The songs twists and turns between sections, showing off the musical prowess of the band. The song follows the theme of the album, discussing the bands struggles and their journeys to overcome them.

“Over the last few years, you might’ve seen Moths posting around YOTM. We’ve been no stranger to hardships throughout the bands career and YOTM kinda became the motto and driving force for the band to better itself,” says front man Chris Roetter.

“Year of the Moth is about giving one more glimpse into those struggles and finally allowing myself to move on. You can either fall victim to your problems or you can work yourself out of them.”

According to the band, their fifth release, No Eternity in Gold, is their most personal, with every song from the 11-track album being focused on the struggles of frontman Chris Roetter.

“I live my life like an open book, and we in the band are all very spiritual people who are in touch with their emotions. I feel that is something that society neglects; we are taught to bury and suppress negative feelings, when we believe that by embracing those emotions, you learn a huge amount about yourself.” Says Roetter.

With a decade of touring and making music under their belts, Like Moths To Flames intend to make sure that every year is the Year of the Moth.

We welcome our new moth overlords

Pre-order Like Moths To Flames’ No Eternity in Gold here.