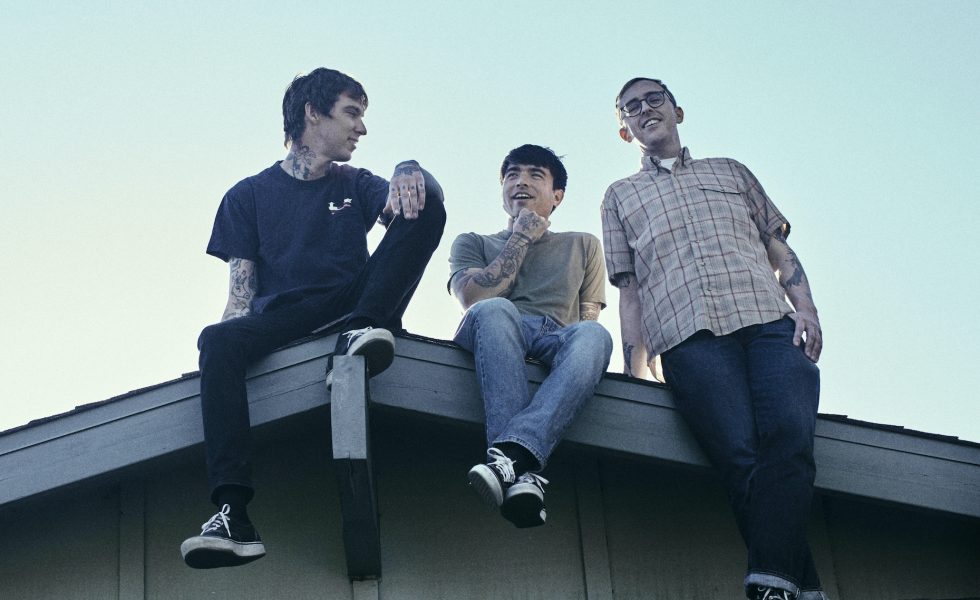 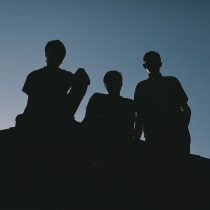 Named after an autocorrected text message about Sublime’s debut album (40 Oz. To Freedom), this SoCal pop-punk band’s sixth record contains nine songs and clocks in at a snappy 17 minutes.

“This album makes me think of our early tours, drinking a 40 in the van on a night drive blasting Guided By Voices and smoking cigarettes the whole way to Fresno,” is how vocalist Barry Johnson summarises 40 Oz. To Fresno.

Feedback squall that’ll startle snoring hounds (*actual occurrence*) kickstarts opener Souvenir: Joyce Manor’s Orchestral Manoeuvres In The Dark cover that originally appeared on a 2021 split 7-inch. We detect a Dave Gahan influence in Johnson’s vocals here (although perhaps it’s more likely he had OMD’s Andy McCluskey in mind). We dare say Johnson even tips his cap in Rivers Cuomo’s direction during the retrospective crush admission Did You Ever Know? and lead single/encouragement anthem Gotta Let It Go–both of which are delivered with careful enunciation that slices through maximum freak-out moments to bark some timely, targeted advice.

Joyce Manor excel at documenting barely manageable anxiety, which is thankfully kept at bay by their trademark singsong melodies and often pogo-friendly beats.

Elsewhere, Dance With Me’s negative thought spiral-fuelled verses are counteracted by instantly uplifting, catchy choruses (basically the following insistent, repeated phrase: “Come on and dance with me”). There’s also some tongue-in-cheek hilarity: “You were a child star on methamphetamines …” – You’re Not Famous Anymore (“you’re working in a grocery store”).

This record’s closing statement Secret Sisters very nearly made it onto Joyce Manor’s third record, but just didn’t work within the parameters of 2014’s Never Hungover Again–that’s coming up on a decade ago! Although NBTSA (Never Be The Same Again) bears little resemblance to Secret Sisters now, Johnson has revealed the genesis of this explosive, chaotic bonus offshoot–and Joyce Manor’s contribution to the 2017 Polyvinyl 4-Track Singles series–also harks back to these leavings. “Well can I tell you a secret? And can you promise that you’ll keep it? … ‘Cause something happened to me last night/And I may never be the same again”–NBTSA is sonically exhilarating, but the situation depicted prickles with unsettling uncertainty. Joyce Manor excel at documenting barely manageable anxiety, which is thankfully kept at bay by their trademark singsong melodies and often pogo-friendly beats.

STANDOUT TRACKS: NBTSA, Gotta Let It Go, Did You Ever Know?

STICK THIS NEXT TO: Guided By Voices, The Menzingers, Weezer, Pixies