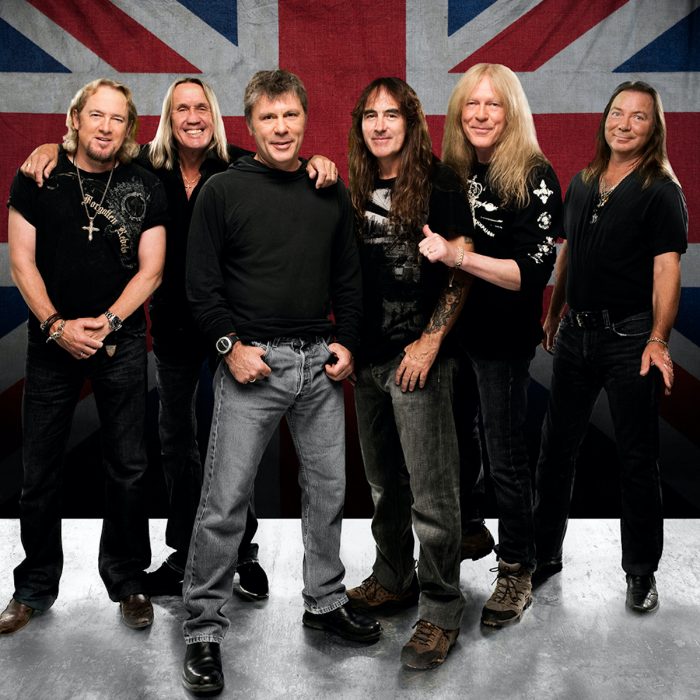 After weeks of anticipation, Iron Maiden have made their return with new track The Writing On The Wall.

Weeks spent following clues and a mass amount of online anticipation by fans, Iron Maiden have dropped their first song in six years. Speculation started to build amongst fans after posters with ‘Belshazzar’s Feast’ were discovered at the Download Pilot Festival. Accompanied by an animation from Pixar alumni and Blinkink, the six-minute video was a feast for excited fans.

Full of the iconic Iron Maiden sound, the song was brought to life in animation form by Mark Andrews and Andrew Gordon, a team with over 50 years of experience on some of Pixar’s top films. Featuring a new incarnation of Eddie, the mini-film was launched through a global YouTube premiere. The song was written by guitarist Adrian Smith and singer Bruce Dickinson and produced by Kevin Shirley and Steve Harris.

The concept for the video came from the mind of Bruce Dickinson himself, “I had a pretty clear idea of the concept to accompany the song and when I met Mark and Andrew, on Zoom, it quickly became clear we were all very much on the same wavelength, and this was reinforced with the addition of Nicos and his young BlinkInk team. Our weekly team Zoom meetings were then usually both highly creative and a lot of fun!”

The team behind the video are also Iron Maiden fans and wanted to create a project that the Maiden fanbase would love. Bruce Dickinson agrees, “I’m very proud of the way the video turned out, it’s more like a mini-film really. I knew it was going to work out as soon as Mark brought my treatment to life with his incredible storyboards – I thought we could make something very special together. I think we did and hope our fans will agree. In fact it’s pretty much created by Maiden fans!!”.

The Writing On The Wall and the animated video are available now.