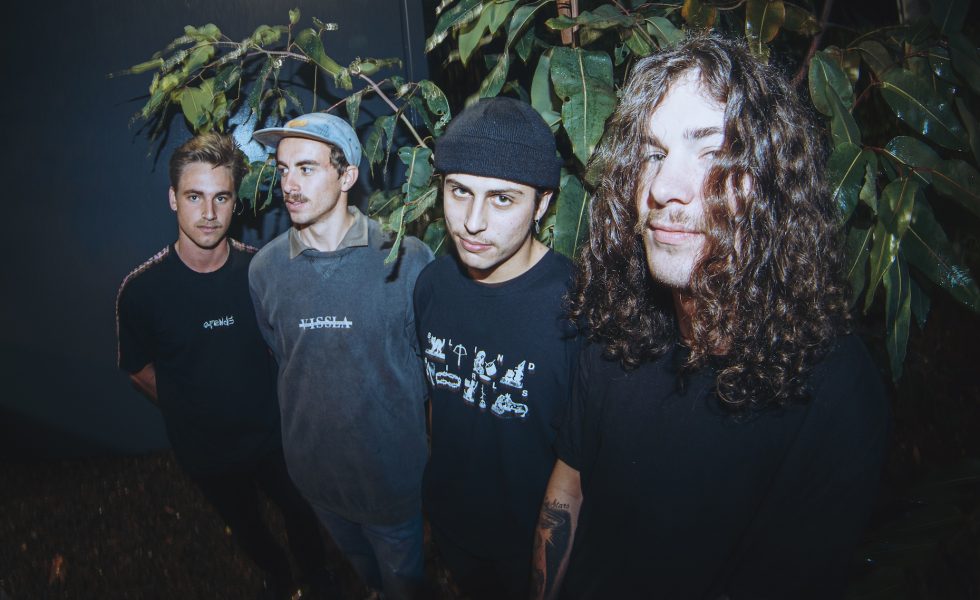 Hot Reno are Brisbane’s own up and coming rock outfit, and they’ve just dropped a cracking new EP Buddy.

It’s a step into a heavier direction for the band, relentlessly unleashing their new, grungier sound to the world.

“We prefer playing that stuff to our old stuff,” says Hot Reno vocalist Harley Jones. The band have made a name for themselves with their last EP Stab In The Dark on the more chill, indie-rock side of grunge.

On Buddy, Jones says, “It’s a bit more thrashier than our previous EP, I would say it’s got kind of a darker side to it. There’s a couple of really old songs in there that we finally got around to recording. We altered them and made them a bit better.”

I think everyone prefers our style that we’ve morphed into from our previous EP.
[ Harley Jones ]

“It’s about stuff that was happening in my life at the time while writing the songs, or a few different experiences that we’ve had in the band, or me personally, and I’ve just kind of thrown it in there.”

Jones himself says that previously released, opening single Pray is both his favourite on the album and one fans can look forward to seeing played live. “When we play it live, we go pretty heavy in the outro that we all really enjoy playing.”

“I think everyone prefers our style that we’ve morphed into from our previous EP. There are a few people who still like the earlier stuff, but it’s been really good. We’ve had a cool response, and everyone seems to be loving it. We’ve definitely got more to come.”

“We recorded the whole EP with our friend Hayden from a Gold Coast band called Plateau. We did it all in our shed ourselves, so we spent a lot of time on it. It’s kind of got more of a lo-fi dirtier vibe to the songs.”

The lucky lads will be one of the first bands getting back to playing shows, with their EP launch this Friday selling out, and the second session selling quick already.

As for what’s next, Jones says, “We’re just going to keep pumping out more music, we’re in the middle of a few new tracks that we’re really stoked on.”

“When everything goes back to normal, we finally want to tour everywhere. We want some new people to hear us.”

Hot Reno’s brand-new EP Buddy is out now on all good platforms.