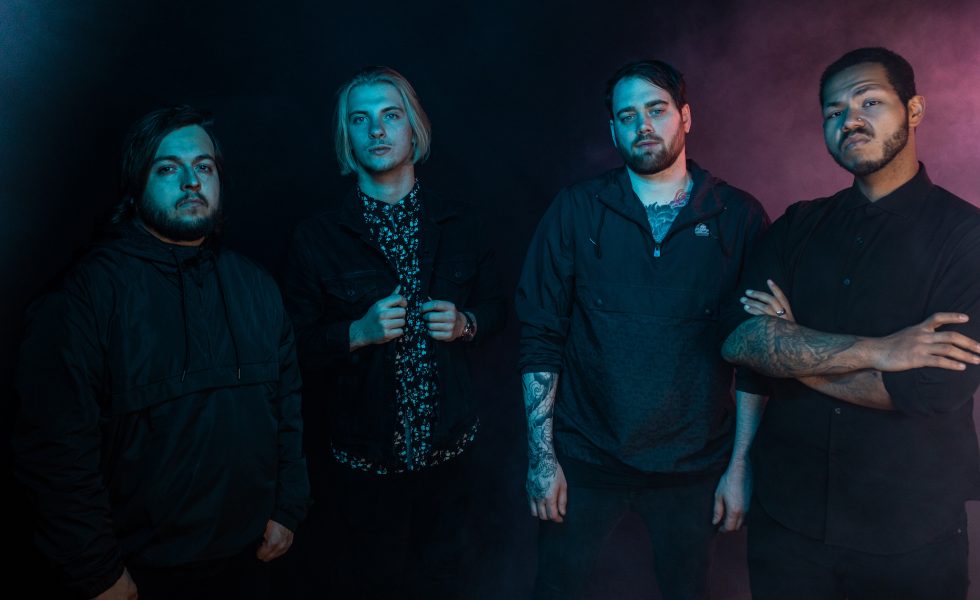 US metalcore lords Hollow Front have shared a reimagined take on Falling Apart, featuring Fit For A King’s Ryan Kirby.

Alongside the single comes an anime-style music video and a special re-issue of their debut album Loose Threads on vinyl. The re-issue will feature the full album, Falling Apart and recent cuts, Wearing Thin and Loose Threads (Reimagined)– fans can order limited copies now.

In a statement, Hollow Front frontman Tyler Tate spoke of how bleak and hopeless the track was. “It’s an extremely dark song about my views of the world we live in today. From where I’ve been standing, especially during/after 2020, it’s become impossible to see the light at the end of the tunnel when you’re constantly surrounded by the negativity our world has been seemingly plagued with,” he says.

“In reference to the title, I think the fabric of humanity is falling apart, ravaged by greed, disease, and an utter lack of empathy for our fellow man.

“We’re a complicated species, with all the capabilities to create a peaceful and harmonious world, but instead, we use our powers to destroy and divide… and while my views of the world may be morose, I don’t have much “faith” in humanity doing the right thing. While I truly hope it happens, I won’t be holding my breath.”

On the collaboration with FFAK frontman Ryan Kirby, Tate says, “We’ve been working together for over two years now and without Ryan, we definitely wouldn’t be where we are today. Having him hop on Falling Apart to guest feature for this re-release of the song was a real treat for us. Everyone in the band have been huge fans of FFAK, and a lot of HF’s original sound came from being inspired by Kirby and his band’s work.

“It feels like it’s come full circle in a way and we couldn’t be more proud to have someone like Ryan in our corner.”


Hollow Front’s debut LP Loose Threads dropped in June 2020. It garnered one million streams in its first week and more than five million in a matter of months. The band recently signed to UNFD, joining the likes of ERRA, Silent Planet and Like Moths To Flames.