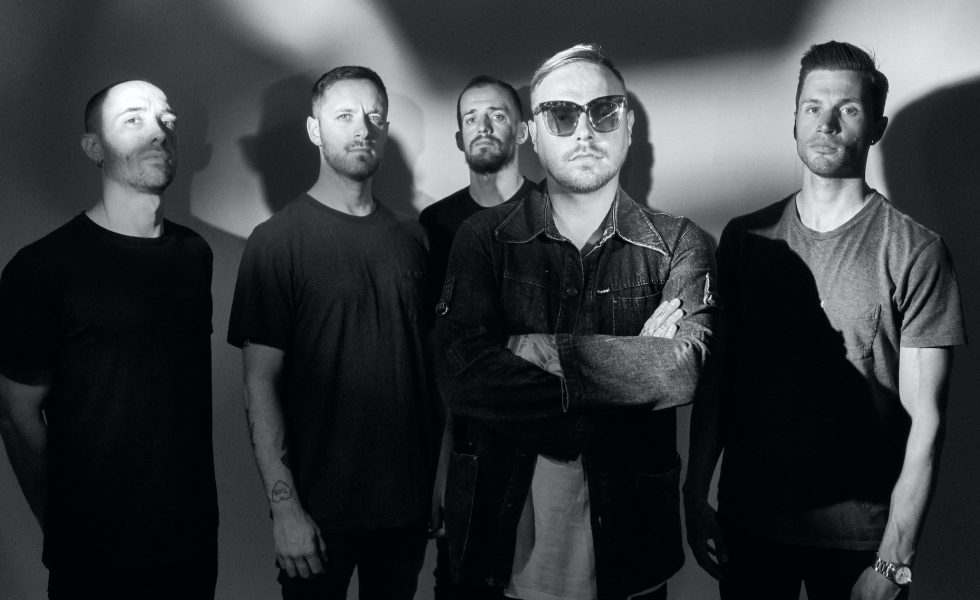 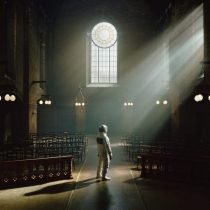 Architects For Those That Wish To Exist

When a group of fresh Brighton teens first popped up on Myspace in the early 2000’s, I’m not sure if anyone ever expected that over a decade later they would be spearheading the modern day metal movement and releasing their 9th studio album. But that’s just Architects, they constantly surprise even the most expecting of fans.

So why would you expect anything different from For Those That Wish To Exist?

Do You Dream Of Armageddon embellishes slow building drum fills that are drenched in an industrial gothic grime, so much so that it feels like it could be included in The Lost Boys film soundtrack. The contrasting elements of sombre vocals and uplifting string arrangements only further add to the sinister intro track.

With the tension built, Black Lungs kicks in with incredible time intervals between notes; a characteristic Architects have well and truly made their own by this point with very few being able to replicate its effect. The catchy chorus shows off a Bring Me The Horizon (That’s The Spirit era) tinged style with Sam Carter’s high pitched cleans, the heavy rock backing and orchestral elements giving off a similar ‘Arena Rock’ feel. With its speed and patterns providing a similar approach to Trent Reznor and Karen O’s rendition of Led Zeppelin’s Immigrant Song, Giving Blood gave me the impression that an electronic kit was adopted at moments by drummer Dan Searle. Giving it a driving feel, Giving Blood is perfect for stadium crowds due to it’s experimentation with rise and fall. Notably in the bridge, which lends certain electronica and percussive stylings from modern day dance music before culminating into an incredible shoegaze-esque wall of sound. It’s these kinds of inclusions which only further enhance the groups live shows as they now comfortably sit as the headliner of most festivals, even outside the realms of metal.

After 9 albums, it can be pretty hard to do something different without receiving backlash. Yet again, Architects have proven why they are at the forefront of the metal scene.

Discourse Is Dead brings back violin and string arrangements whilst highlighting just how effective holding a note can be, with it’s opening riff not moving too much around the fretboard but giving the song exactly what it needs. Admittedly, there are minor differences but the main line of the chorus, “Sing Us A Sad Song”, felt slightly too similar to the Like Moths To Flames chorus in I Solemnly Swear, this proved a distraction from the song. The height of Architects innovation is showcased in Dead Butterflies. The incredible drum fills coinciding with an ambient electronica intro that feels straight out of Air or Massive Attacks playbook are only enhanced by the inclusion of horns overlaying the strings. The audaciously heavy beginning of An Ordinary Extinction will have die hards in love, with its subtle djent flow providing a deep groove. Unfortunately, the heaviness subsides quickly with the verses being stripped back to clean vocals until the chorus that is, which highlights Carter absolutely shredding his larynx over the high pitched guitar tunings of Josh Middleton and Adam Christianson.

Impermanence is arguably the one song on For Those That Wish To Exist that maintains its heaviness even in the verses. But, what else would you expect? I mean the song does feature Winston McCall. The abrasiveness of the rhythm section gives off such a raw feel and Winstons feature; in particular the line ‘cause those afraid to die will never truly live’ is without a doubt the albums magnus opus for headbangers. The electronic rooted backing and 303 drum track feel of Little Wonder provide the perfect backing for Royal Blood’s Mike Kerr, who makes a cheeky guest appearance. Only furthering the push that Architects are giving to mainstream metal. They are adding in what they want, regardless of what the genre wants and the results speak for themselves. Even if at times it’s a cheeky throwback to their mathcore origins. Although the album in itself proves to be the groups most accessible work to date,   takes that one step further with its incorporation of acoustic guitar and notable orchestral arrangements at the end.

After 9 albums, it can be pretty hard to do something different without receiving backlash. Yet again, Architects have proven why they are at the forefront of the metal scene. By still adopting the sounds that they have made their own whilst pushing their music into multiple uncharted territories, they have highlighted yet again that each album is more exciting than the last in this groups catalogue.

STICK THIS NEXT TO: While She Sleeps, Bring Me The Horizon, Polaris