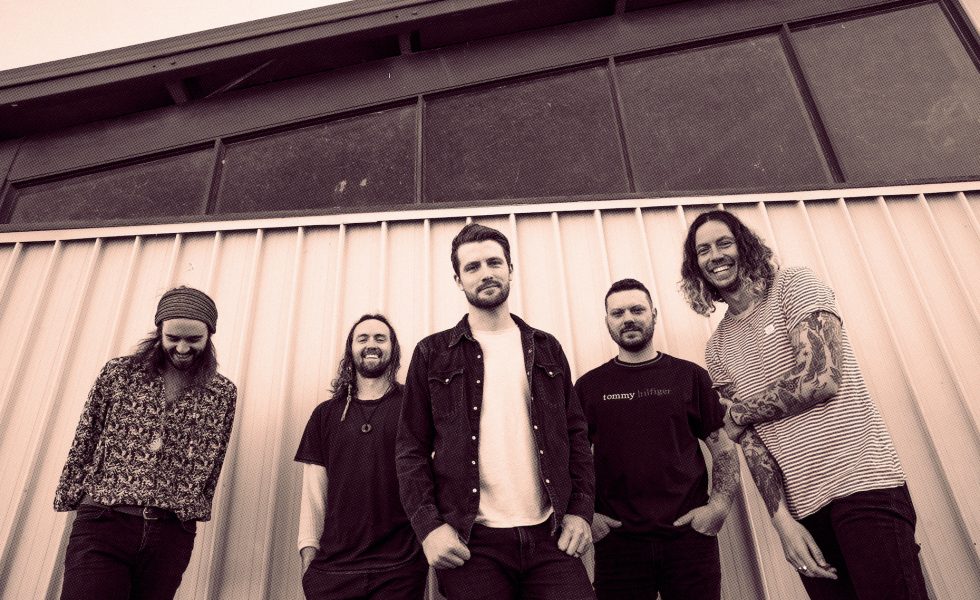 Slowing down is not in Hands Like Houses’ vocabulary.

It’s been a jam-packed few months for the band, who’ve soundtracked the footy finals, played live-streamed shows and released a new EP. Now, they’ve announced their Reflect Tour, an intimate string of shows that’ll take them to stages across Queensland and New South Wales. We got frontman Trenton Woodley on the line to chat all about it.

Hysteria: It’s been such a hectic year for the band, from having tracks appear on major sporting events, playing your own livestream shows, releasing your new EP and now announcing this tour. How are you feeling about it all?

Trenton: It’s been weird but nice. That little break in momentum gave us the time to dive into a bunch of things. When you’re so busy with surviving and normality, attention gets taken away and you take things like being in a band for granted. Having that extra time to think about the band, and how it works for people a little better has been nice. Weaving the story and spending that time with the EP after the fact, listening to it in depth, was really helpful for us. We had no idea how it was going to go, but that gave us room to feel more confident and that carried through to the opportunities we’ve had with the football and Triple J’s support of the EP and everything like that.

It feels like you’ve gained a lot of perspective this year.

So much of the music industry has been built upon that one pillar of touring, so when that was taken away it left everyone questioning what they were doing. A lot of bands just wanted to sit back and wait it out but a lot of others have pushed ahead with it, we’re one of them (laughs). It’s been a really good opportunity to reassess things and hopefully, we come out of the other end with a much more robust music industry where we’ve normalised things like live-streamed gigs. If I proposed someone should pay ten bucks to watch a livestream concert 12 months ago, the response would’ve been oh we’ll just go to a show. I hope those things stick around, as well as Patreon and those different community outlets.

How’d you find those livestreams went, especially compared to a standard show?

The first one was amazing, we had no idea what we were doing but we were excited. We went into it anticipating it would be weird but it just felt like band practice. We were able to engage with each other and the crew that was there. The second time was amazing as well, don’t get me wrong (laughs), but because we had a live audience for that one there were moments where it felt between the two. We chose a set that was more suited to a sitdown audience, a few deeper cuts that were more emotionally driven. It was more of that sit-down, take it all in vibe rather than balls to the wall rock n roll. We were really lucky to do those and work with the Live in Your Lounge crew in Canberra. We’re looking into potentially streaming our Canberra show on our Reflect tour in some capacity, we’re still investigating what’s possible but we’re definitely talking about how we can make it a regular part of our band life going forward

Moving onto the new EP, tell us about the ideas that inspired it?

We recorded the EP in September of last year and our producer Colin (Brittain) got held back in the US finishing up the A Day to Remember album that’s just been announced. Due to that, we went from 20 days of pre-pro, where we could write these songs and jam together, to 14 days. We committed to embracing the immediacy of everything and trying not to overthink it. We trusted our instincts and embraced the honesty and authenticity of the moment. I think the stress of that comes through in the lyrics.

We did it all in a beach house on the Central Coast and that was amazing. It was a really interesting balance of chaos and calm, going for a swim in the morning and then coming back, losing our minds and trying to make songs happen on the fly.

As time goes on, the band’s embraced a stadium-rock sound. Tell us about that change.

It’s been more natural than anything, we’ve decided over the last couple of albums to circle back to what we enjoy listening to and making. For a long time, we were influenced by what we were surrounded by, but then in between albums and shows, we realised we were listening to these songs that had no bearing on the music we were making.

It made sense to embrace our taste and influences again. That’s what we did when we first started and I think we got away from it the more we toured, we were touring so hard for those first few years. Having that opportunity to separate ourselves from what’s around us and look at what it is we want to be was so important. It started with Anon. and this EP is really just capitalising on that momentum.

Most excitingly, the band recently announced some shows for early next year. How long have they been in the works for?

The idea was always there, I just think it came around much quicker because there was so much uncertainty with the restrictions and whether or not things would get better or worse. For us, we would feel really uncomfortable selling tickets to shows that might not happen or going through that period of asking people to hold on to their tickets as we look to reschedule. There’s a lot of awkwardness that comes with cancelled or postponed shows, so the quick turnaround did help in avoiding that.

Did you run into any challenges organising those shows in this current landscape?

100%, which states we could and couldn’t go to was a big one. Beyond that, because of the current restrictions on standing, we’ve had to do these shows as seated. We’ve had to sell tickets by table which is kind of awkward and odd. We decided to do a reimagined type of set, we’ve done that before and it went well. It’s been a nice, intimate experience in the past, it feels like a great chance to revisit that and dig into the new songs to reinvent them.

The band’s experimented with bigger production on recent shows, but you will obviously be playing much more intimate venues this time around. So what can fans expect to see?

We’re exploring what’s possible, but we do want it to be warm and personal and have that real face to face experience that so many of us have lost out on this year. We’ve really missed that shared experience of being in the same room as someone and listening to music, so we’re keen to bring that back.