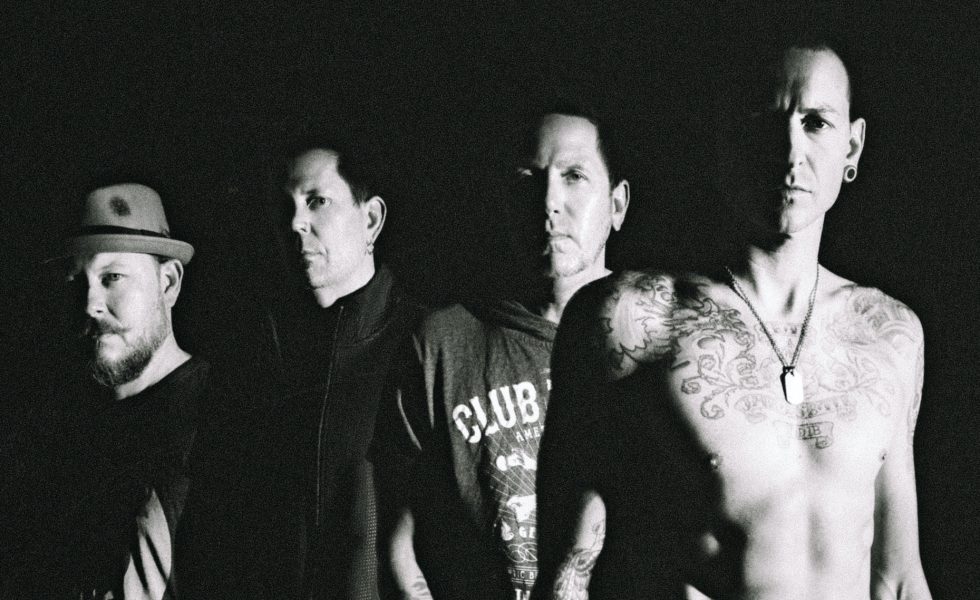 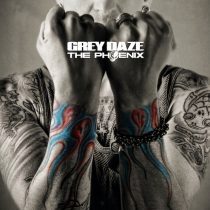 Rising to greater heights with each release, the brand new album The Phoenix from American rockers Grey Daze is a searing celebration and amalgamation of the late Chester Bennington’s raw and magnetic might.

A melting pot of 90s influences, re-recordings and fresh innovation centred around Bennington’s trademark vocals, The Phoenix, out today, is a gripping journey of sharp modernity mixed with deep nostalgia; an angsty, dynamic and ravishing rock opus taking full flight.

First introducing the world to the almighty musical legend that is Chester Bennington during his tenure as frontman between 1993 and 1998 before he took the universe by storm with Linkin Park, Grey Daze was shaping up to rejuvenate the musical journey they’d started years prior, with Bennington reaching out to founding member, drummer and backing vocalist Sean Dowdell back in 2016 to discuss revisiting their previous material. But while the untimely passing of Bennington rocked the world and those closest to him not long after in 2017, it’s through Grey Daze that Bennington’s spirit and voice has vigorously endured, evolved and lived on, both via the group’s previous 2020 release Amends and the explosive and brand new follow up The Phoenix. Bookending what began on Amends, The Phoenix rises from the ashes of grief and shock and instead harnesses an array of iconic sonic influences and collaborators to co-mingle with Bennington’s immortal spirit, and the result is nothing short of electrifying, enigmatic, and, at times, entirely unexpected.

Musical rebirth never sounded quite so sweet, and we are all the richer for Grey Daze toiling to creatively renew themselves personally and professionally deep into their careers while honouring their beloved and staggeringly talented dear friend.

Boasting tracks handpicked from 1994 and 1997 Grey Daze material, The Phoenix kicks off in full-blown sonic flames with the aptly titled Saturation (Strange Love). Roaring in with Bennington in full flight over oodles of distortion, the opener grips with flavours of grunge, snarling basslines and oscillations between torrid intimacy and emphatic ferocity. The anthemic Starting to Fly follows next armed with stomps, scorching riffs and resounding, visceral chants courtesy of Dowdell himself. From the philosophical ruminations of Starting to Fly to stadium-ready rock moments on the criminally bouncy Anything, Anything, and deliciously dark industrial hues on Drag, there’s a veritable cornucopia of external and internal influences at play, with Alice In Chains, Pearl Jam, Jane’s Addiction and grunge hovering just below the surface at times throughout the ten tracks. Fittingly, Jane’s Addiction’s very own Dave Navarro features on The Phoenix via a transcendent guitar solo on Holding You, while another key Bennington influence, Filter’s frontman Richard Patrick, dueting memorably on the heart-rending Believe Me. But it’s a collaboration halfway through The Phoenix that truly steals the show, with the hard rock belter Hole featuring none other than Bennington’s daughters Lily and Lila on both a chorus and also singing a nursery rhyme for the track’s introduction.

Unfinished musical business takes on a triumphant and captivating form via The Phoenix, both cementing the immortal appeal of Bennington and the true mastery behind the Grey Daze collective as a whole. While the album is tinged with inevitable bittersweet moments of what might have been, it ultimately carves out a regal and eclectic rock record for the ages. Musical rebirth never sounded quite so sweet, and we are all the richer for Grey Daze toiling to creatively renew themselves personally and professionally deep into their careers while honouring their beloved and staggeringly talented dear friend.

STANDOUT TRACKS: Starting To Fly, Saturation (Strange Love), Anything, Anything

STICK THIS NEXT TO: Alice In Chains, Pearl Jam, Temple of the Dog, Jane’s Addiction