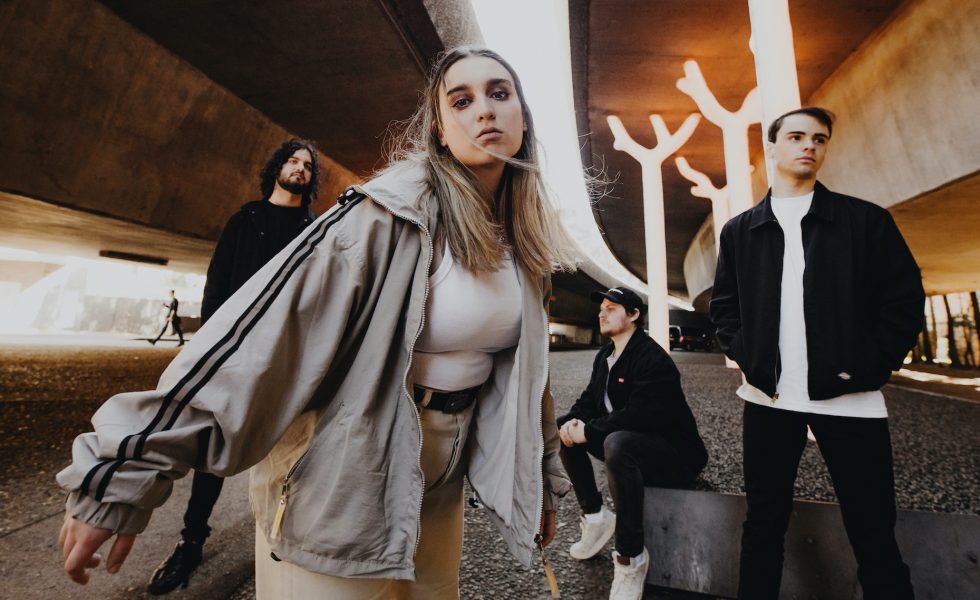 Sydney based punk band Grenade Jumper have released their latest single The Power You Flaunted, set to be featured on their next EP What’s Left When It All Falls Down.

The Power You Flaunted is a brash and catchy punk tirade featuring crunchy bass lines, crisp and precise drumming, and fantastic and passionate vocals from vocalist Bianca Davino that go from punk snarls to melodic in the chorus. The lyrics discuss the way that your heroes and the people you look up to can betray the trust that you put into them, using the metaphor of a snake shedding its skin, which in itself has multiple meanings, all of which fit the theme of the song.

“This song focuses on generational distrust, propelled by losing faith in the leaders—both political and within the arts world—who failed to take care of us like they promised. It’s about tearing away the facade that they exist behind and outing them from their positions of power.” Says the band.

“The Power You Flaunted culminates that sense of hurt and frustration and was written in a flurry of reflection on the [Me Too] movement, as well as the general state of the world in early 2020. We’re very proud of this track, because more than anything, it showcases how we’ve developed artistically and as musicians over the last year. We wanted to make a loud statement with it, and I believe we achieved that.”

Grenade Jumper – Bianca Davino (vocals), Dean Fernance (drums), Lukas Sikes-Georgiannis (bass) and Max Jacobson (guitars) – formed in 2018 and have continued to grow from strength to strength, with this release following their 2019 single Gazed, being featured on Triple J’s ‘Home & Hosed’ and being awarded the Triple J ‘Trendsetter’ award. The band have also found success in the live music scene, sharing stages with bands like Deaf Havana (UK), Between You and Me,  and Hellions.

The two track EP What’s Left When It All Falls Down which also features the track Breathe In is set to be released on the 2nd of October.