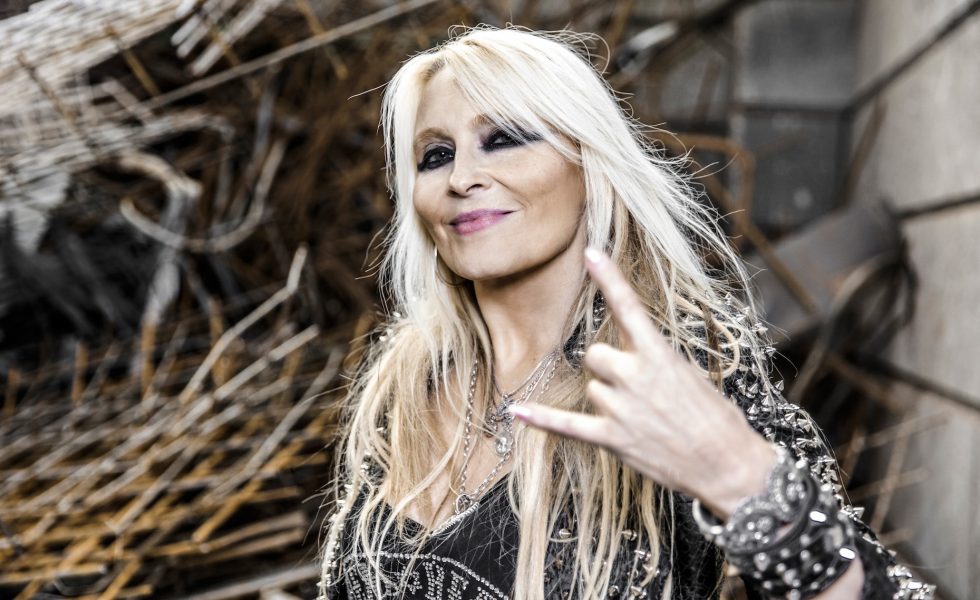 The famed lead singer of German rock band Warlock and Queen of Heavy Metal Doro Pesch has announced that she has joined forces with the streaming service Airtango to stream the final show in her series of drive in concerts.

Alongside this announcement Doro has also announced the release of her new single Brickwall.

After the success of the previous two shows in June and the success of the streams, with approximately 600,000 people viewing it after the fact, Doro has announced that the final drive in show, where the singer promises all of her hits and some surprises, will be streamed on Airtango on 1st August, alongside content that includes greetings, behind-the-scenes clips and music videos.

The queen of metal herself is excited for the show, and for fans who cannot attend the show in person to be able to stream it in the comfort of their own homes.

“Over the last few months, I really missed my band and fans. The drive-in show has been a real unique experience and career highlight for me. That’s why I’m really looking forward to the final show on August 1st in Brühl” stated the singer.

“It feels so good to be rocking alongside with you again. Hopefully, we can soon enjoy normal shows again as well.“

Not content to rest on her laurels, Doro has released a new single alongside the announced shows, Brickwall.  A crisp drum machine and acoustic intro verse breaks away into a heavy and fist pumping chorus where Doro reinstates her claim on the crown and promises a partner, or perhaps her audience that she will “tear down that great wall, til the day I die”.