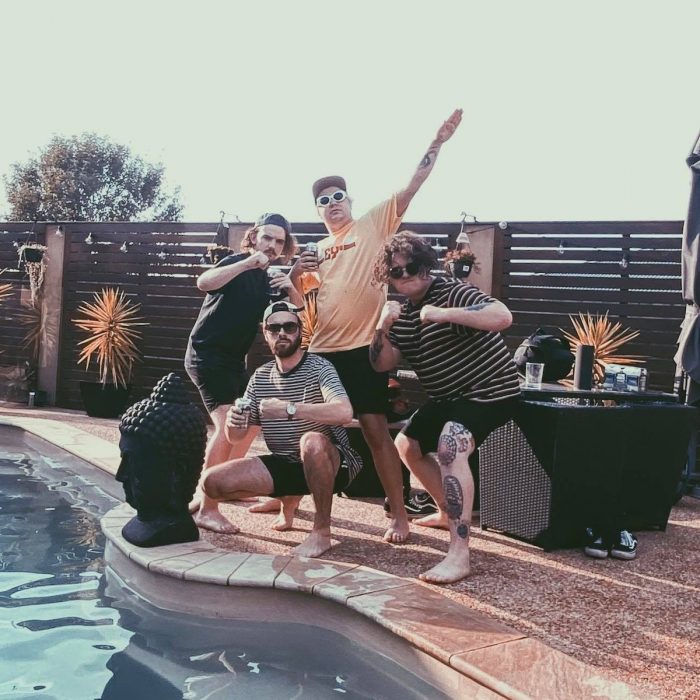 The newest indie-rock sweethearts to grace our eardrums is Gippsland four-piece Doonie Way.

At the time of writing, their newest single Stumblin’ has racked up a phenomenal number of streams on the band’s triple j Unearthed profile, and the track hasn’t even been released on major streaming platforms yet.

“Stumblin’ is about the difficulty and hardship in breaking up with someone and trying to let them go but at the same time caring about them so much,” tells Doonie Way drummer Blaike Murphy.

“I think all of the boys have gone through that at least once before. We’ve got those meaningful lyrics, but sort of happy sound.”

The track also comes with a classic isolation Zoom-meeting inspired film clip, “it sucks that everyone else did it before we actually got to release it—we were like, let’s get everyone to send in videos and let’s chop it up so it’s a big community-based thing.”

“As we were in the middle of editing it, all these random bands started doing it! The same day The Smith Street Band emailed us to be in their video, we’d sent them an email asking them to be in ours.”

We’ve got a couple of low-key demos floating around, so we’ve got heaps of material for the future when we actually go in and record it.
[ Blaike Murphy ]

Luckily the writing and recording process wasn’t interrupted by any social restrictions, “we actually wrote the song a bit over a year ago now, so that was recorded and ready to go ages before we were ready to release it. We even played it live pretty much all year.”

“Tim will write the demo and then it’ll come to life when we sort of pull it apart. We get inspirations from all sorts of genres, the main inspiration based around his writing skill is probably Hockey Dad. I think he grew up with Jet, but we also have that Dear Seattle, Luca Brasi sort of style while trying to incorporate that happy Dune Rats-y, Skeggs vibe. It’s kind of all over the shop.”

“In the last couple of months since we released Safe N Sound, we’ve been travelling up to play with The Bennies, The Smith Street Band, Hands Like Houses—massive sold out gigs and we’re just these Gippsland children, we don’t know what’s going on!”

Luckily the future of Doonie Way is looking bright after all the craziness stops, Murphy says, “we’ve got a couple of low-key demos floating around, so we’ve got heaps of material for the future when we actually go in and record it.”

“We were planning to do two release shows, one local at Spirit Bar in Traralgon. Normally when we play there, we all get pissed and our local mates come, and they jump on stage. We haven’t got anything set in stone obviously, the way things are going.”

“I think for a while we’ll just ride the wave of dropping singles, music videos and maybe regional tours and once we get a bit of a backing, eventually an album.”