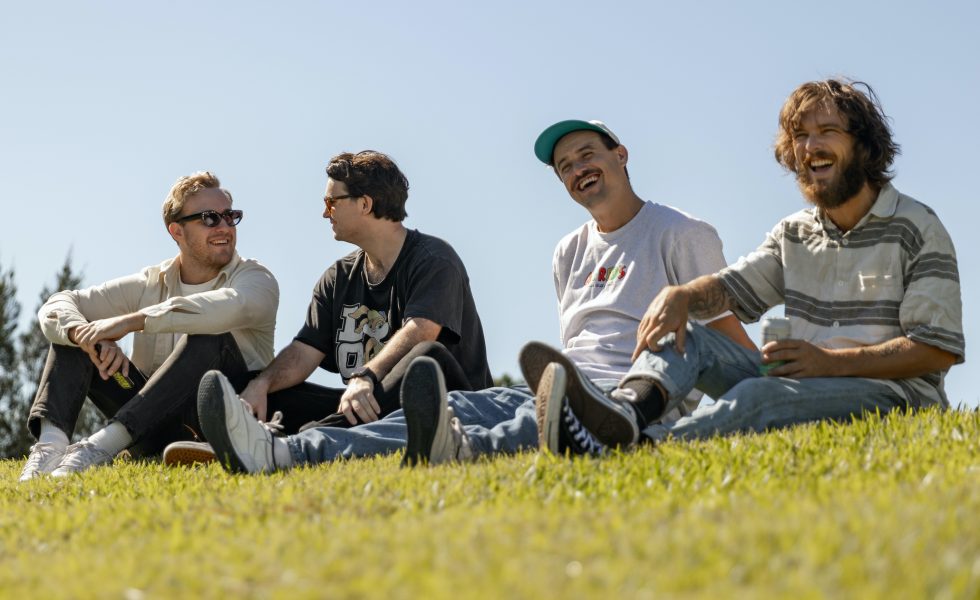 Gold Coast’s Chutney are back with yet another indie-rock anthem. This time it’s Talk, a tune as tasty as the band’s name.

Inspired by mental health issues and the heartache of seeing someone struggle, it’s also a super-important listen. Guitarist Cal Hughes says: “Talk is about looking out for your mates when they’re having a hard time—about how everyone has struggles from time to time, and how you are so much more important than you may ever realise. It is a song about mental health and the importance of leaning on those close to you in times of need. We wanted to create an uplifting, euphoric song that tackles sensitive subject matters while providing a positive ending – your mates will always be there for you, and having that talk is the first step to making a positive change.”

Building on their Arctic Monkeys inspired sound, the band has also experimented with hip-hop, mostly present in the vocals of frontman Matt Hansford. They’ve also paid tribute to the likes of Rage Against The Machine and Gorillaz, throwing a whole lot of attitude and energy in the mix. To keep our hype levels up, Chutney has also shared its official music video. Shot by Nicholas Stevens of Fastback Studios, the clip sees Hansford navigate the day, from waking up on a beach at sunrise to making it to a gig without a cent to his name. Keep your eyes peeled if you’re a Gold Coast native; you might spot a whole stack of landmarks too, including Mo’s Desert Clubhouse, Alfred’s Apartment and Mermaid Beach.

Chutney will launch the single with a Gold Coast gig on July 17th. They also plan to tour with Buttered this year and will make their first festival appearance at Springtime alongside Ruel, Ball Park Music, Hermitude, and Sycco in September.