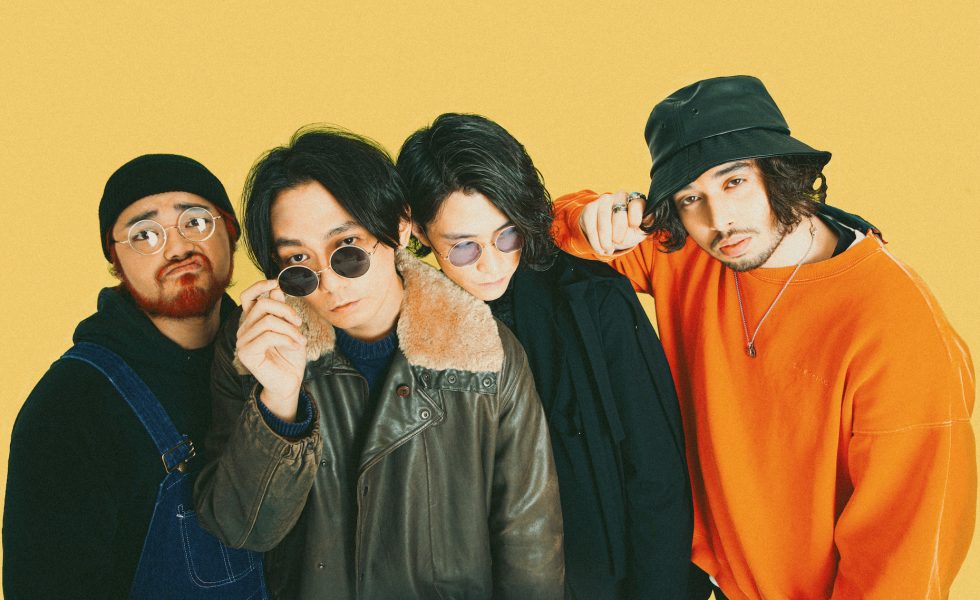 THE CARDS I PLAY // Holding All The Aces

Tokyo’s The Cards I Play are raising the stakes with their latest single, Making History.

It’s a sweltering, alt-rock number, made in partnership with scene royalty Tyler Smyth and Christoph Wieczorek (Annisokay). Before its official release, we caught up with Daniel (guitarist) and Joji (vocalist) to chat about how it came together.

Daniel: The two of us started the band, but now we’re a four-piece. Our other members are Yosaku (guitar) and Wataru (bassist).

Joji: Daniel and I went to the same high school, we were really close. I introduced him to alternative and metal music. He really got into it. Back then, I was playing in another band. But Daniel said, let’s be in the same band together one day.

Daniel: And then he quit his old band (both laugh). From there, we got together and started writing songs casually. In 2019, we released our first single. At that point, it was still the two of us.  We picked up a guitarist who’s now no longer in the band, and we played our first gig in 2020, right before Corona hit. We were ready to keep the momentum going, but it was hard with Japan’s lockdown. During that time, we met Yosaku and Wataru. Yosaku used to do photography and design for us. We lured him into the band. We met Wataru through this online bulletin board for musicians.

Can you pinpoint any bands/musical moments that inspired you to become musicians?

Daniel: I started guitar when I was young, like when I was nine. I was into 80’s bands like Van Halen and Guns N’ Roses. I did enjoy it, but I didn’t think being in a band was an option. I thought only superstars could do that. So it was more of a hobby.

Joji: And then you got into this rap phase. I had to drag you into your metal phase and get you on the right track again [laughs]. When I was in elementary school, I went to a Slipknot show. I wasn’t actually into them at the time, but my friend dragged me to it, and I was wowed. That made me realise I wanted to be a rockstar. So I got into singing and playing music from there, and I was in choir too. I did that because I couldn’t afford vocal training (laughs).

Daniel: As I said, my roots are in the more classic 80s stuff, but I’ve always liked rock and pop-punk. I just never liked screaming (laughs). So when Joji introduced me to bands like Asking Alexandria, Dance Gavin Dance and Slipknot, I loved the clean vocals and instrumentals but not the screams. That made me keep listening to that kind of music, and eventually, I grew to like everything about it.

Joji: I’d say bands that influence me are Asking Alexandria, Slipknot and Dance Gavin Dance. I like singers like Jonny Craig too. We both have influences in 80’s rock. I like hair metal too.

Daniel: That’s why we resonated with Asking Alexandria when they were in that phase. Now, as a band, we’re really into the UK scene. Bands like While She Sleeps, Holding Absence, Architects and Bring Me The Horizon.

Let’s talk about the new single, Making History. What story were you trying to tell there?

Daniel: We were fed up with quarantine. We played our first show, and it went well. We were ready to keep going, but then COVID hit. We missed that feeling of being on stage and being in that environment. We wanted to bring that back in the song and have people envisioning a live show when listening to it. Lyrically, the song was inspired by the moments before you even get on stage, to the show’s end. Since the vocal melodies had a rock vibe, we wanted to enhance that and make the track anthemic. That’s where it stemmed from. We were reminiscing.

Joji: Our fans don’t have the chance to go to a show any more. We hope by listening to the song, they can still feel that excitement and energy.  That’s also what inspired the music video. We were reminiscing about the days when we could get out there and have fun. But then there’s a Hollywood Dies feel to it as well. It’s a dystopian world where everything goes to crap. The story will continue in our next music video.

Our fans don’t have the chance to go to a show any more. We hope by listening to the song, they can still feel that excitement and energy.
[ Joji ]

Tell us more about the experience of filming the music video. It looks like it was a lot of fun!

Joji: It was a lot of fun, but the weather was terrible. It was right when the rainy season in Japan hit, so it was gloomy. So we had to alter the atmosphere and colours to give us the fun vibe we wanted. All the cast were our friends though. After we wrapped up, we went for a drink and had a good time.

Daniel: This was the first time we directed a music video. We came up with the storyboard and everything. It was fun and broadened our sense of creativity. Yosaku edited it too. It was cool how DIY it was. We could all work on it together and spend hours arguing about the colour grading (laughs).

You worked with some major names when recording the track like Tyler Smyth and Christoph Wieczorek. Tell us about how those partnerships came together.

Daniel: Tyler Smyth is a producer we’ve always wanted to work with. He’s huge, so we didn’t think it was going to happen.

Joji: We decided to reach out anyway. We thought it’d be unlikely he’d jump on, but if we didn’t ask, there’d be no chance.

Daniel: We got lucky. He replied and, with his schedule, he was able to fit in mastering the track. I was doing a lot of research on what producer we should work with on our upcoming album.  Our first two singles as a band were heavier and on the metalcore side, but our record will have more electronic sounds, melodies and singing. So for the first time, we looked outside of Japan for producers. I was listening to a bunch of music on Spotify and looked up who mixed and mastered a lot of them, and the ones Christoph had worked on really stood out to us.

Describe the band’s vibe in a few words.

Daniel: This isn’t one word. But our sound is both modern and nostalgic. The most time I spent on this album as a composer was just making the melodies huge and giving it that stadium rock vibe.

Can you tell us about your new album?

Daniel: We can’t share the schedule or anything yet, but we have teased the fact that we’re working on it. The album will have eleven songs. I changed my songwriting completely on them. This might sound weird, but I started all the songs from the vocal melodies, whereas traditionally, you’d start from the instruments. I would just sing in the shower or my room and try to find a catchy hook. Then, I’d record a voice memo, take it to my computer and go from there. Overall, we wanted to focus more on how a song makes you feel, rather than just being metal. We want people to be excited about that.

Joji: I’m used to screaming. I had to practice singing more. With our songs being more on the rock side, I had to find the right voice for those melodies. I had to play around with my range, diction and all that. It was challenging. My vocals now sound harsh and melodic. That’s what I was aiming for. I wanted to have that raspiness.

Daniel: To put it all together, people can expect a lot more melodies, production, hard-hitting instrumentals and atmosphere.

Daniel: We will have a lot more songs coming very soon. It’s been a refreshing experience, just focusing on creating. I think people will be able to sense the time and production we’ve put into this.

Joji: If people listen to our old singles, they will see how much we’ve progressed.

Daniel: Exactly. We also want to remind people to keep an eye on the Japanese scene. Don’t sleep on it!