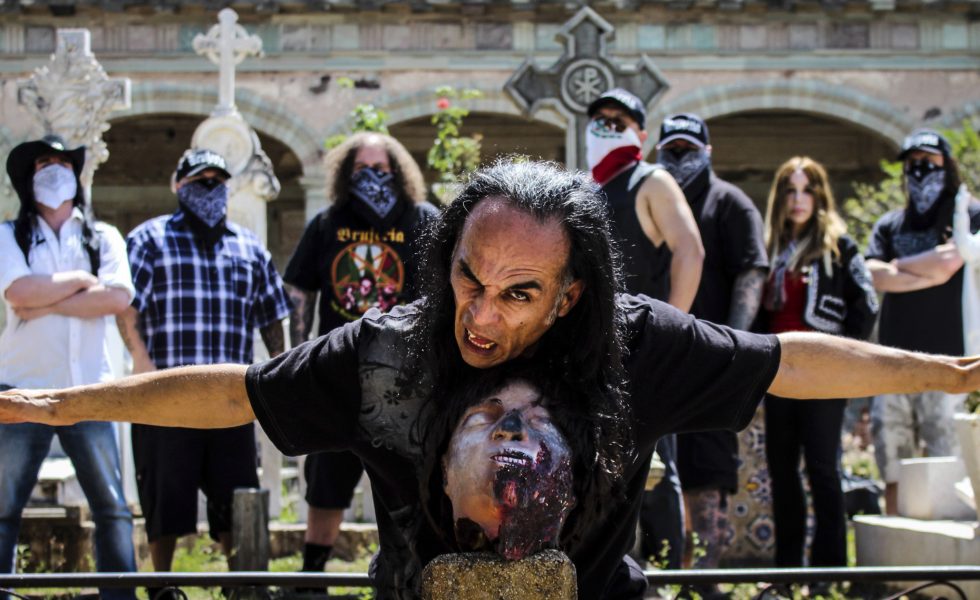 Along with it, the band has shared its very quarantine inspired music video, directed by frontman Juan Brujo.

“The Coronavirus is the Devil’s plague sent to purge humanity of all kinds! Leaving survivors to suffer with no jobs, no money and forces a social media lifestyle on the entire world! On the bright side of it all … now we can go out shopping without scaring everyone to death!”, says the band.

Aside from directing the music video, Brujo also produced and mixed the single, and designed the artwork.

Brujeria recently released Pocho Aztlan (translated to Wasted Promise Land), their first album in sixteen years. Prior to this, they released Brujerizmo in 2000 via Roadrunner. Pocho Aztlan was mixed by Russ Russell (Napalm Death, The Exploited) and recorded over the course of several years, taking them to studios all over the world. It features genuine tales from the frontlines of the drug war, the racial divide and the battle for the border. “A lot of Brujeria songs are true stories, “says Brujo. “And if they haven’t happened yet, they will happen.”

The band first emerged in 1989, finding their home in the ultra chaotic Los Angeles. As Mexican-Americans, the band captured the attention of the city’s minorities, particularly with their infamous and widely banned debut record Matando Güeros (translated to Killing White People).

COVID-666 is available for both stream and download now. You can also snag Pocho Aztlan here.