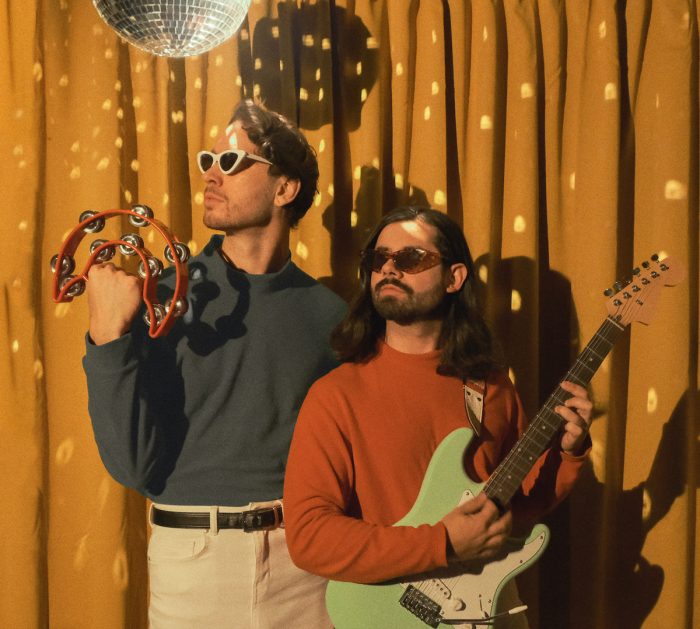 Get ready to surf back to the ‘60s with the latest single Kindred from the Melbourne trio.

Summer vibes have come early this year with Kindred, a number full of the early rock and roll sounds inspired by the ‘50s and ‘60s. It’s the lead single from their upcoming EP Ice Cream Tambourine, dropping on 13th August.

Kindred is about falling in love and exploring the fear that surrounds it. Produced by the band themselves, the song is the fusion of rock and roll and surf-rock, making listeners nostalgic for times past. “We wanted to hone in the sound of Beach Panic! on our more classic influences of the late 50s and 60s, tapping into the original brash and bold attitude of early rock and roll, like Elvis Presley or The Beatles, mixed with the sound and textures of later surf-rock,” says the band. There’s an emphasis on the DIY aspect to their music, allowing them to showcase who they are musically.

The music video also dropped, created by Beach Panic! and encompasses the feel of the song in a visual format. Taking inspiration from old Hollywood, the band stated that they wanted a video, “that looks and feels like a well polished emotional performance plucked straight out of the late 60’s.”

Beach Panic! is comprised of musicians Daniel Marinakis and Tom Mitchell, as well as visual artist Yannica Stakelbeck-Keily. Going by their musical aliases, Dr. M. Flamingo (Marinakis), Daddy Longlegs (Mitchell) and Tequila Sunrise (Stakelbeck-Keily), it’s clear that their music is full of quirky themes and fun. Born from their shared love of vintage music and style, the band have found their place in surf-rock music.

“Kindred wears it’s heart on its sleeve as it asks to put its ring on your finger.”

Kindred is available now and the EP Ice Cream Tambourine will be available August 13th.