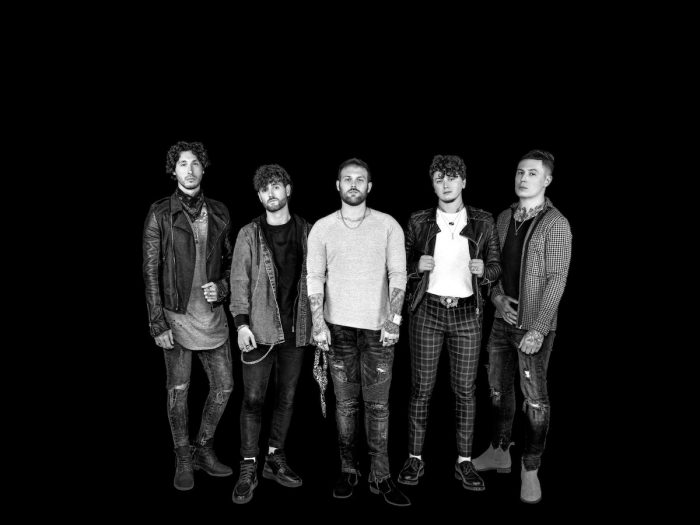 The UK is the place to be at the moment; Christiano Ronaldo is back in the English Premier League, the country is having up 80,000 people attending gigs and festivals, and now their resident shock-jock moshlords turned arena rock guitar slingers Asking Alexandria have gifted the world new single Alone Again.

Fresh off the back of an outlaw country / glam rock experiment (2019’s Like A House On Fire) the band have turned their attention to grander sounds, with Alone Again mixing a huge hook with a stompin’ riff and trusty strings to create a sound big enough to fill the Royal Albert Hall thrice over.

Put simply, if you loved Bring Me The Horizon’s Sempiternal era or the latest material from Architects then this has got your name all over it….with a Judas Priest style guitar solo thrown in for good measure. Check it out below.

It’s the first taste from the bands new record See What’s On The Inside, set to drop 1st October, and their debut for their new label Better Noise Music (home to The Hu, Escape The Fate and Five Finger Death Punch among others).

“Alone Again and the rest of this album is the result of us reconnecting and falling back in love with why we started this band in the first place,” says guitarist Ben Bruce in a statement.

“At some point in our lives, we all feel lost and confused as to who we are and who we want to be, and I think this song will really unite all of us in that sense.

“We are so excited to share, not only this new song with you all, but our new album. We went back to our roots as musicians and really wanted to reignite that passion and love for rock and metal music.”

It’s a cool natural extension of the radio rock sound that the band have been flirting with for nearly a decade now – but if you’re hoping to throw down to the likes of A Prophecy don’t expect to feel any love from this record.

“Metallica, Led Zeppelin, Queen, Nirvana, Soundgarden, Aerosmith, AC/DC….all the greats that we fell in love with as kids have greatly influenced this new album and we couldn’t be more excited!,” says Bruce.

The Asking Alexandria arena takeover is in full swing, folks.