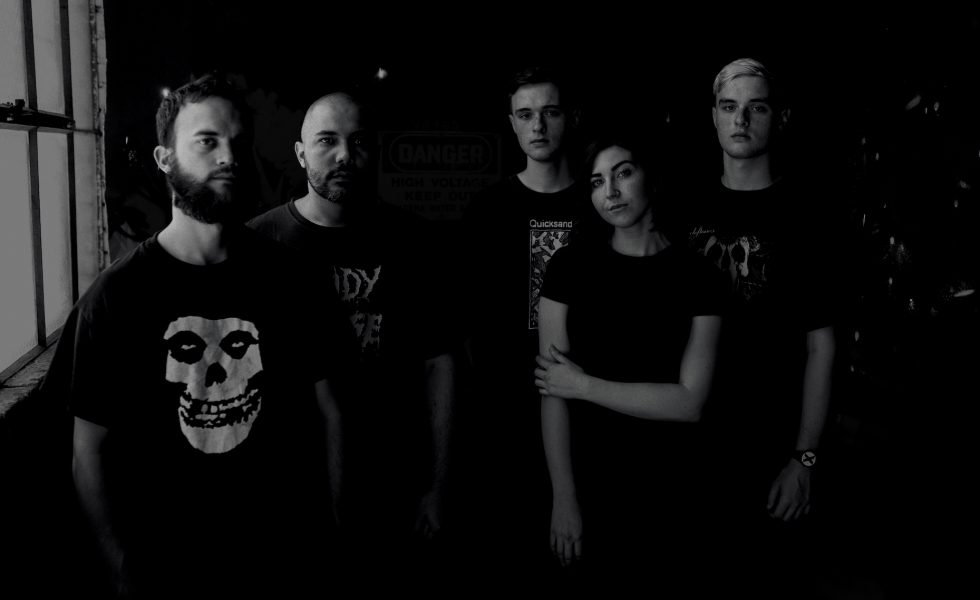 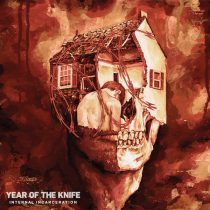 Year Of The KnifeInternal Incarceration

Delaware-based straight-edge hardcore act Year of the Knife have delivered a thumping debut full-length with Internal Incarceration: a savage record that takes the group’s raw, aggressive sound and refines it into a solid and heavy as fuck hardcore record.

Capturing the rebellious and poignant spirit of the genre’s hardcore punk roots, combined with some more metal flourishes, Year of the Knife have crafted an absolutely punishing sound on Internal Incarceration. From start to finish the album plays like one solid track, giving off an energetic listening experience–like a live show in your headphones.

From the opening track This Time the album sets the pace and follows through with an unrelenting, fast, hardcore energy. Leading single Virtual Narcotic is a great track that somehow manages to have one of the album’s catchiest choruses without sacrificing any of the band’s intensity. Like any great straight-edge band, Year of the Knife have also got something strong to say, with songs like Final Tears and Nothing to Nobody giving off a strong social undercurrent even without listeners digging for meaning. Along with the pure intensity of vocalist Tyler Mullen’s voice, Year Of The Knife get their message across pretty damn well on this album.

The only risk of listening to Internal Incarceration is that you’ll get whiplash from banging your head too much.

That being said, listeners that do dig more into the lyrics of the album will be rewarded, with some heavy themes from track to track, ranging from America’s opioid crisis in Sick Statistic and domestic abuse in Manipulation Artist to social media over-reliance in Virtual Narcotic. Mullen absolutely screams his heart out on every track, pairing perfectly with the thumping instrumentals to make some mosh worthy music–giving listener’s more enough energy to destroy the pit.

Tracks like the titular Internal Incarceration keep the energy set throughout the record while effortlessly transitioning into a slower, more intense sound, with crushing drums fills and vicious guitars riffs that create some unsettling yet rocking vibrations. Combined with the sick bass lines in tracks like Nothing to Nobody and the eery distortion throughout, it’s clear that the band’s unrefined punk sound is intentional–and there’s no doubt that they know what they’re doing. It’s hard to imagine listening to Internal Incarceration in an assigned seating venue, with the whole album begging for an audience to thrash about in a live setting. The raw and aggressive recording of the album, thanks to the work of Kurt Ballou (Converge, Code Orange, Nails), gives it an instantly recognisable live feeling, like a grindcore album without the mindless noise.

As is the risk of any high-energy hardcore record, towards the tail end some of the tracks start to become indistinguishable from each other–which makes for more of a complete album experience rather than individual song-to-song listening. However, later tracks like Get It Out and DDM will keep listeners rocking in their seats, as this angry album doesn’t soften for a second.

The odd lines throughout the record like “Don’t tell me to suppress my anger” in the opening of Eviction feel oddly relatable to anyone’s personal struggles, making Internal Incarceration the kind of album fans and new listeners alike can apply to any issue in their life and thrash along in rebellion all the same. Punk music has always been a space for community, and while Year Of The Knife have a much heavier, more metal sound than the punk bands before them, they’re sure carrying that spirit though their songs on their first full-length record.

The only risk of listening to Internal Incarceration is that you’ll get whiplash from banging your head too much. Each track is short, sharp and heavy, making for a solid hardcore punk debut sure to incite some brutal live shows in the years to come.

STICK THIS NEXT TO: Nails, Knocked Loose, Stray From The Path