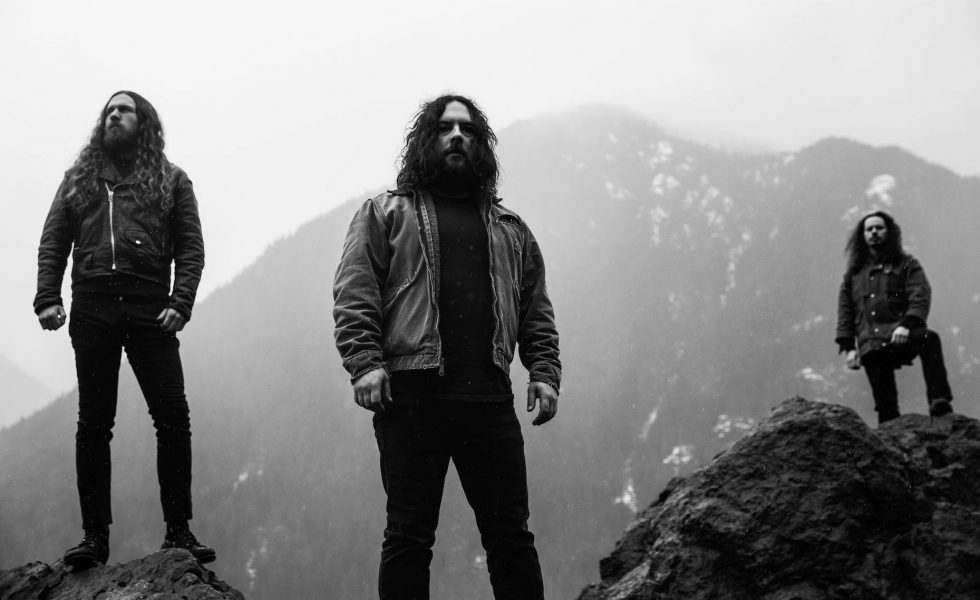 WOLVES IN THE THRONE ROOM // The Owl, The Wolf, and The Bear

In the epic landscape of the Pacific Northwest, a young forest grows from the roots of its ancient predecessors.

From this stunning, primal and cyclic natural space emerges the immersive music of American atmospheric black metal band Wolves In The Throne Room. Deeply connected to and inspired by the nature of their forest home, Wolves In The Throne Room (Wolves) have recently released their sixth album Thrice Woven. From one timeless landscape to another, this month the Wolves are making a den in Australia.

“Thrice Woven is the first record where we have really dug into our studio, called Owl Lodge,” says Wolves’ drummer Aaron Weaver of their new studio built in their home forest. On how this shaped Thrice Woven, he says, “You can just hear it in the music. For me, the journey of the band has been one of going deeper and deeper into this one specific place. This is the forest that I grew up in. I grew up a couple of miles away from where our studio is. So I have spent a lot of time with these same trees, same streams, for the past forty years and being able to have our studio here allows us to go deeper, listen more carefully and more closely to the spirits here, and to the very subtle and very quiet songs that rise from the soil, from the plants, from the animals and bring that inspiration and that magic into our music.”

As one more deeply immerses in nature, we realise that it is not static, it’s constantly shifting, and Weaver has noticed changes over time, in the environment as well as in his own perception.

“I feel more connected to it,” he says. “I feel that there is less and less of a barrier between myself, as a modern human being, and the land. We have this perception that there is nature, as this untouched, pre-human way of existing or some other place somewhere else, and then there are human beings, with our cities and our cars. But increasingly I don’t see a difference between the two, everything that human beings do, whether it’s the city, or the internet, or starting a fire by rubbing two sticks together, is natural.

“Maybe it’s just the application of wisdom, to one result or another, whether it results in a beautiful community where good healthy food is grown and where there’s space for animals and plants, or it results in a dystopian hell where people are fed poison, breathe poisonous air and drink poisoned water. Either way it’s natural, it’s living creatures interacting with the planet, but they both look pretty different.”

This music doesn’t feel like something that will ever be done with, I’ll be doing it until I’m old and grey, the work of being in connection to the place we live and making music about it will be a lifelong journey
[AARON]

Many fans of Wolves’ music have described the experience as ‘primal’ or in some way makes them feel reconnected with their elemental selves. “I’ve heard that and I hope so,” Weaver says, as this aspect seems very important to him. “I’ve heard from hundreds of people that when they hear our music they’re transported to another place, maybe to this particular forest, and feel something that’s very old, and very wise. I hope that’s the case, because that is what we feel when we make the music, that we are trying as best we can to honour the spirits here, the cedar tree and the salmon, the owl and the wolf and the bear, the water and the rain, clouds, and mountains. We just want to honour the ancestors too, the ones who brought us here. I’ve come to believe that is probably the best explanation, that we just open ourselves up to the spirits here, and the music comes out, as it were.

“Maybe translators, or people who have the opportunity to listen very carefully to this one particular place, and then maybe amplify it, and transform it into a form that can be disseminated across the world.”

How does this deep connection to place translate to different stages around the world, places presumably with their own deep heritage? For Weaver, this attention to place is a vital part of their touring practice. “We try a bunch of different techniques,” he says, “first of which is we always bring a few special things from home. We burn cedar bows or bundles of cedar branches on stage, to bring the special smoke, and we consciously bring our home with us, in ways that are obvious and ways that are more subtle and personal, to be an ambassador for our home, to try to share the beauty that we get to experience on a daily basis. Another part of it is connecting to the places where we are visiting, learn about the histories and stories of these very different places on earth, the plants and animals and human history, both the beautiful parts and the brutal and horrifying parts, pay attention to it and honour it and hope that we can come as good invited guests, and a space will open up for us to do what we do.”

Speaking of doing what Wolves do, Weaver says we will not only experience Thrice Woven on Australian stages, but also participate in the greater collective story of their musical journey. “We always plan to play material from our whole career,” he says, “it’s important for us to present the whole span of what we’ve done as a band over the last fifteen or so years. It’s for us too, as we still feel very connected to those songs, and it feels appropriate to show not just where the band is now but where the band has come from, and share with the audience some of the journey that we’ve been on for all these long years.

“It does feel like the dawning of a new era for us and I’m just happy to say that we feel so inspired and grateful to have this opportunity we have in this lifetime, to be artists and musicians, and have an audience who appreciate what we do, it’s an incredible blessing. In ten years, I see myself doing exactly what I do now, this music doesn’t feel like something that will ever be done with, I’ll be doing it until I’m old and grey, the work of being in connection to the place we live and making music about it will be a lifelong journey.”

Tickets available via Soundworks Touring (all shows), Oztix (all ex. Perth), and the Corner Hotel (Melbourne)