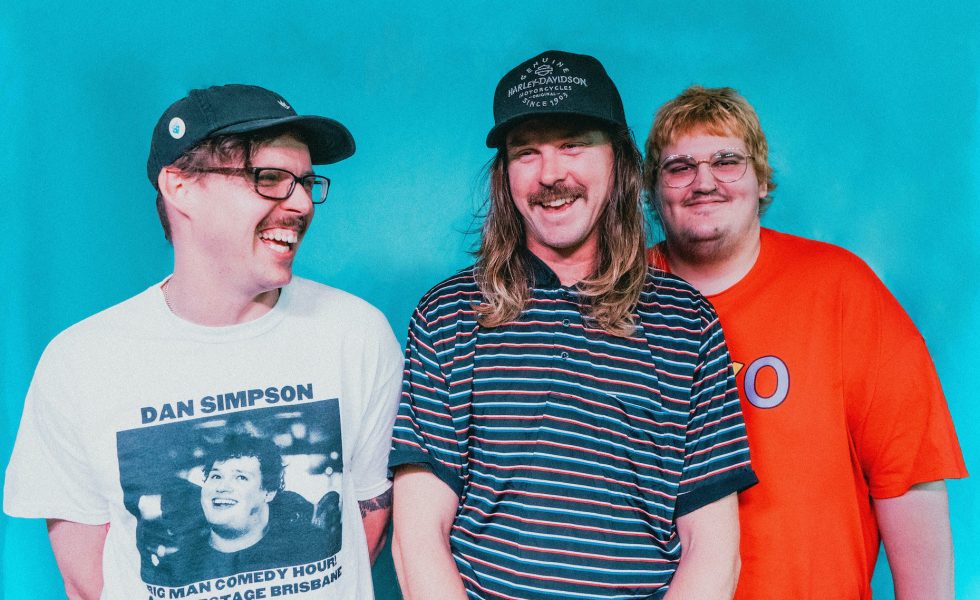 Brissy trio WALKEN have released a one-shot music video for their latest single Hindsight, ahead of the band’s next appearance at Brisbane’s Mountain Goat Valley Crawl in February.

Hindsight is WALKEN’s “alt-rock pop gem”, and the song has a Dear Seattle and Sly Withers pop rock sound to it. The music video is filmed in one consistent camera shot of the band playing the new single together in a shed with lighting effects in the background.

Will Johnstone filmed WALKEN’s new music video that intends to capture “the live energy WALKEN have become known for, meandering between member on-stage before erupting in a fast-paced flurry of guitars, vocals and drums at the song’s peak”, that happens about three quarters into the track.

Hindsight was recorded at Bedlam Records in 2019, with a drum machine, keyboards and mallets recorded at frontman Matt Cochran’s home studio. Even though Matt has a background in mixing and has mixed tracks for other artists, Hindsight is the first WALKEN song mixed by him.

The new single is about reflection, attempted resolution and failed friendships. Lead singer Matt Cochran says that Hindsight was written about a relationship breakdown he had with a close friend, that “we didn’t see eye to eye and in the end, we eventually grew apart”.

He continues saying that Hindsight “talks about how we both treated each other poorly, how I disassociated from the situation by binging comedy shows like The Mighty Boosh and Arrested Development, the self-realisation of which blink-182 member I relate most to in adulthood, and there’s also some not-so-subtle Radiohead and Lord of the Rings nods in there”, referenced in the song lyrics.