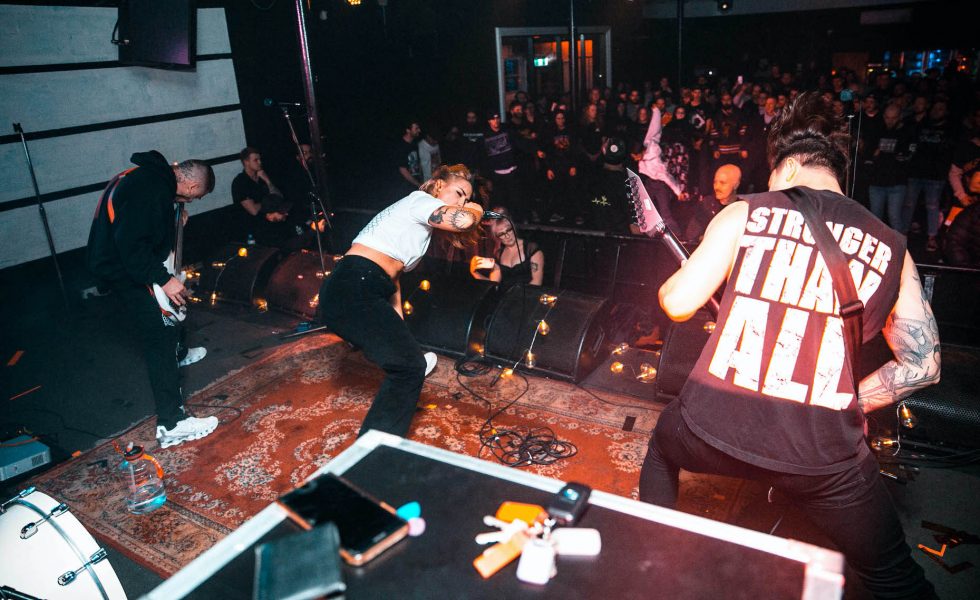 Roaring out of Newcastle comes Volatile Ways, an aggressive 4 piece blending elements of deathcore, mosh and slam death metal on their latest single Times Up.

Combining furious blasts with vintage DM growls and a enough china cymbal to strike fear in the most frantic mosh warrior, Times Up is the one of the more impressive throw-down anthems we’ve seen in awhile from the ever expanding metallic-hardcore world.

Of course, a track of this ilk needs to be chaperoned by a video showcasing their appetite for throwdowns, and they have duly provided, with a clip capturing the madness of one of their recent hometown shows. Check it out below.

Since forming the group have been gaining a reputation on the NSW East Coast due to their ferocious energy, with an appearance alongside Sydney heavyweights Justice For The Damned at their Newcastle and Wollongong stops of the Pain Is Power tour turning heads en masse earlier in the year.

Fans of the single can stream their debut EP Condemned To Life, Burdened To Death on all streaming platforms, or catch them at their upcoming EP release show in Sydney (details below).

The group have set the bar high for themselves as they kick off their musical journey, and if the likes of Employed To Serve, Venom Prison or Knocked Loose tickle your fancy then you’ll want to make sure that you’re along for the ride.