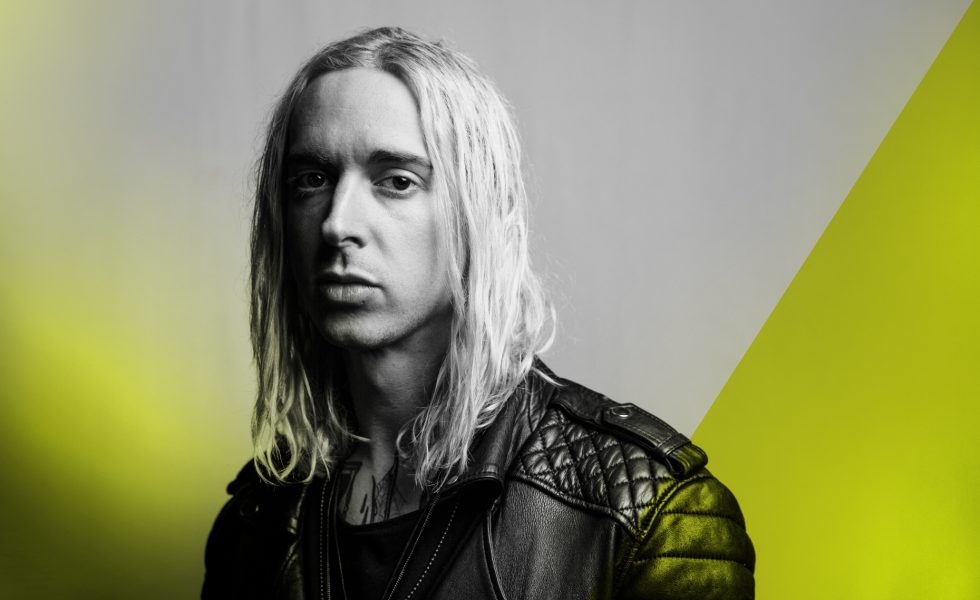 There are a few things that are certain in life: death, taxes and The Amity Affliction dropping a gargantuan tour lineup. Their latest offering is the 2019 Australian Tour, which will feature support from Underoath, Crossfaith and Pagan.

Before the shows kick off, Hysteria was lucky enough to sit down with one-third of the support act puzzle. We caught up with Spencer Chamberlain of Underoath to chat about the upcoming shows, the bands rebirth and moving on from the past.

Hysteria: Let’s talk about your last record, Erase Me. The band have said they went into it avoiding the phrase “that’s not Underoath enough.” Was that mentality scary?

Spencer: No, to be honest embracing that was the only way we were ever going to be able to make a record again. In the past, we kept closing ourselves off into a smaller box. With every record, every song we wrote and every tour we did, our creative process got smaller because we were blocking ourselves off. We walked away from the band and everyone was doing their own thing. When we decided to reform and do a tour and potentially make a record, we didn’t want to do something that made us unhappy. We didn’t want to pretend to be who we were 10 years ago when we weren’t as smart as we are now. We’ve all come such a long way and are such different people to who we were in our early 20s.

The only way Underoath could’ve been a functioning band again was if we burnt the house down.
[ Spencer Chamberlain ]

Back then, we didn’t know what we were doing, we weren’t getting along and it was very unhealthy. When we came back, we had to figure out how we could do this the right way and that mentality was one of the things we had to get rid of. It wasn’t helping anybody. The band was broken up and nobody knew if we were going to make a record or not so there was no point in making one that was going to make us unhappy. We didn’t want to make Define The Great Line part three and play the music that we didn’t feel like playing anymore. If we were going to, we should’ve just stayed broken up.

It was like starting a new band with the same members, we said let’s just write music that we get stoked on, like we did with They’re Only Chasing Safety. We made that record because we were having fun doing it. The only way to get that back was to pretend we were a new band so we ripped all the walls off and pretended no songs had ever existed. We just made songs that we thought were awesome and if we didn’t think they were, they didn’t go on the record. We just lifted all the bullshit away and started over.

Do you feel like going on hiatus gave the band the confidence to try what they wanted on Erase Me?

The only way Underoath could’ve been a functioning band again was if we burnt the house down. There were no plans of getting back together or even hanging out, we went a couple of years without even speaking to each other. Just growing up as kids in this band … we fucked it up and we fucked each other up. It was very unhealthy and at times it was awful. There was a lot of great memories but at times we couldn’t even enjoy those because of how we treated each other. I think the hiatus, not only gave us the confidence to be who we wanted to be but it had to be done. I was one of the guys that didn’t want the band to break up but in hindsight, it had to happen. We were never going to forgive each other and we were never going to listen to each or understand each other the way we do now if we hadn’t gone through that. You have to hit rock bottom before you can get to the top, as a band we had to completely bottom out and start fresh.

Onto the Amity shows! The one thing that’s super exciting about them is that the Brisbane leg will be a mini festival. You’ve got to be stoked to be a part of that!

It’s been over a decade since Underoath has had the opportunity to play Australia without headlining. That means there’s potentially an opportunity for us to play to new people.
[ Spencer Chamberlain ]

So the last time you were here it was actually as headliners for Unify Gathering, was it daunting to jump into that slot so soon after the release of Erase Me?

We don’t know [laughs]. That was a question that was asked a lot and being an American band that’s never played Unify … we didn’t know what kind of festival it was and if there was supposed to be pressure or not. We were asked to do it and we thought it was a good idea and our friends in Taking Back Sunday were headlining the other night. There wasn’t much thought in it other than it being cool that we were asked to headline. We had a great time though.

They’re nice [laughs]. As an American band, there’s a lot of places that aren’t that nice to you because they don’t like America that much. The people in Australia are always really nice and easy to talk to and have always treated us with such respect, it’s awesome.

Obviously, there’s been so much growth within the band over the years, how do you feel about playing those old tracks now?

I think it’s great. I’ve never complained about playing most old songs, give or take a few. The ones we choose to play are the ones our fans want to hear. It doesn’t bother me to play something super old because you see how it affects people in the crowd. The only time it really bothers me is when we play something old and people just don’t get into it, but then we know for next time to not play that song [laughs].

Are there any plans in the near future for the band to come out on their own?

I don’t know, we came on the Rebirth tour and then for Unify and now we’re doing this. I’m not sure if we’ll be back until we make another record. I could be wrong but I don’t think there are plans as of now.

Catch Underoath with The Amity Affliction, Crossfaith and Pagan at the following dates: