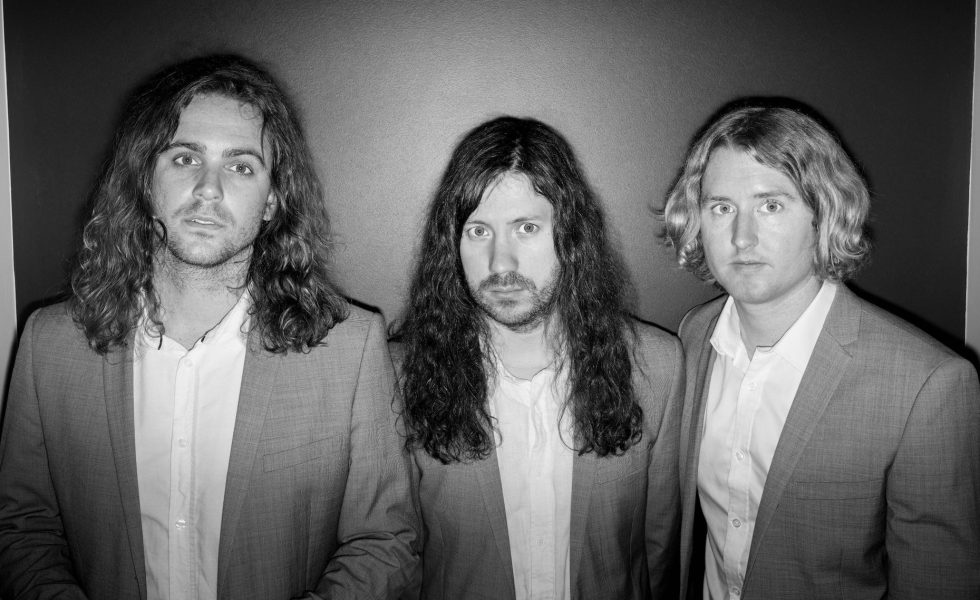 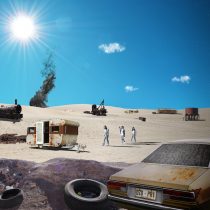 DZ Deathrays are an unstoppable, raucous Aussie rock force. For over ten years, the band have remained a trailblazing festival mainstay, inciting hysterics amongst punters who’ve lapped up their unique take on dancey-fuzz punk.

In 2018, DZ Deathrays cemented their status as rock scene-leaders with the triumphant Bloody Lovely. Refining their take on dissonant-yet-catchy-as-hell garage inspired punk even further, the band saw their highest ever ARIA chart debut and sold out the biggest stages of their career.

At a crossroads in an already illustrious career, DZ decided it was time to step it up to an even grander notch – release a double album, split into two different parts; an undeniably bold move.

Positive Rising: Part 1 is a confident, anthemic statement, chock full of hook, riffs and surprises that proclaims with intensity that DZ Deathrays refuse to rest on their award-winning laurels.

Experimental slow burning album opener High Everyone is haunting, layered in harmonies that culminate into an off-kilter, rousing rally cry to arms amongst their listeners setting the perfect tone for the sumptuous album.

With only nine tracks, Positive Rising: Part 1 packs a totally epic punch, certifying DZ Deathrays’ status as one of the finest modern rock bands the country has produced.

Diving head first into Still No Change, a rollicking, emotive surf-rock banger carried by a hefty instrumental, makes a subtle hint at the band’s early days. It borrows tastefully from the noisey-punk of Dinosaur Jr and the raw-garage abandon of Black Lips.  develops into an. Single IN TO IT acts as the perfect summation DZ’s expertise on the formula required to craft perfect party-punk, just out of left field enough to look towards their future as legends.

Opening with a sensual indie-rock swagger of soaring leads and hushed vocals, Hypercolour is moody understated and all-consuming, crafted to act as the climactic apex of a DZ festival set. Snakes and Nightmare Wrecker are proof the band’s experimentation with tones and structure have paid off, whilst single Year Of The Dog featuring Matt Caughtran of The Bronx is pure wild abandon.

With only nine tracks, Positive Rising: Part 1 packs a totally epic punch, certifying DZ Deathrays’ status as one of the finest modern rock bands the country has produced. Charting new waters paid off in bucket loads on Part 1, our thirst for what Part 2 may have in store is already rising.

STANDOUT TRACKS: Hypercolour, Year of the Dog, Still No Change
STICK THIS NEXT TO: Gang of Youths, Dinosaur Jr., Death From Above 1979