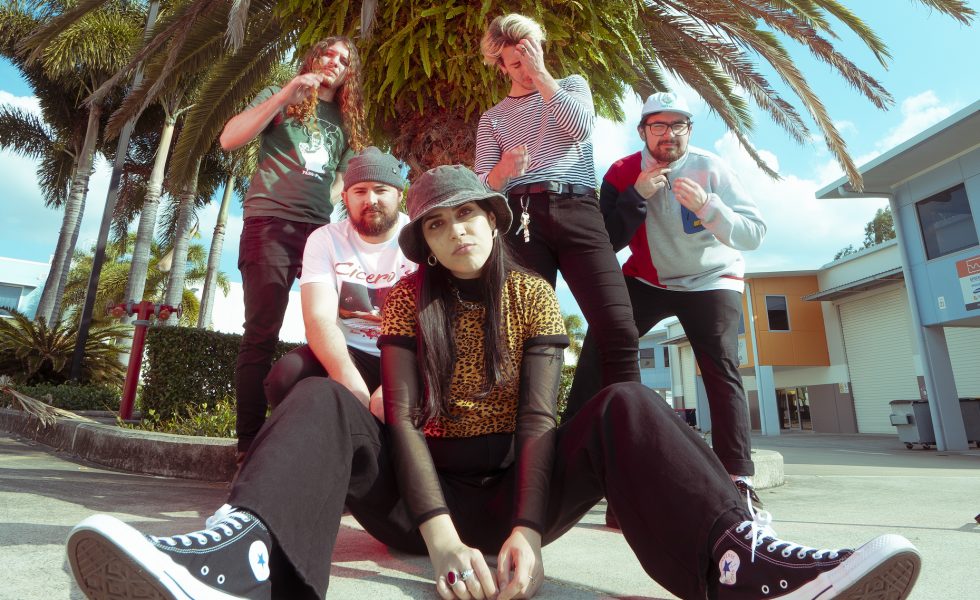 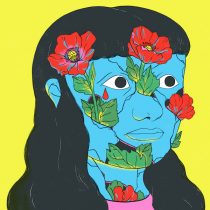 Once Brisbane’s best kept secret, indie-rockers WAAX have been blowing up stages around the country for years now.

They’ve moved from dive bars to festival stages, road-dogged for international heavyweights like Biffy Clyro, Wolf Alice and Fall Out Boy, and released a stellar EP in the form of 2017’s self-released Wild & Weak. While half a decade might seem like a long time to build up to your record debut, it’s clear that patience is a virtue for this quintet. On their first full-length album, unapologetically titled Big Grief, WAAX deliver millennial woes, urban alienation and crippling self-doubt with ear-worm hooks and raucous, explosive riffage, channelling the best elements of the mid 90s Seattle sound mainstreamed by acts like Nirvana and Sonic Youth.

Break-ups, anxiety, gaslighting partners, body image, societal expectations; they’re all here, packaged into catchy songwriting that actively pulls at the tension between being visceral and vulnerable.

And in case that lineage wasn’t immediately apparent from their visual aesthetic and frenetic stage performances, vocalist and live-wire frontwoman Marie “Maz” DeVita makes it lyrically explicit in the album’s early moments. Opening with the album’s title track, a jangly lead riff from former guitarist Chris Antolak (who features on the record but has since been switched out for new guy James Gatling) stealthily prowls its way into your ear drum, with DeVita and drummer Tom Bloomfield following suit shortly after. DeVita hangs a prophetic question in the air before she snarls a cryptic one-liner: “If cleanliness is godliness, then I better rinse my mouth out.” While The Smashing Pumpkins reference is certainly clever and tongue-firmly-in-cheek, it also serves as a primer for WAAX’s audience and an effective mission statement for the album: DeVita is prepared to come clean and say some real shit, so you better buckle up and get ready.

WAAX never sacrifice heaviness and edge for mass appeal, despite the weaponised pop-hooks.

There’s a refreshing sense of earnestness and urgency on Big Grief, as DeVita sings and screams into the darkness about real pain, real doubt and really shitty things. Break-ups, anxiety, gaslighting partners, body image, societal expectations; they’re all here, packaged into catchy songwriting that actively pulls at the tension between being visceral and vulnerable. Lead singles FU, I Am and Labrador have been out for some time now, so scattering them throughout the track listing is a smart move. WAAX never sacrifice heaviness and edge for mass appeal, despite the weaponised pop-hooks. On the effusive No Apology, DeVita—her voice wavering ever so slightly—turns inward to declare: “This comfortable hell has been a good home for me.” It’s a testament to baptism by fire, made all the more resolute by the scorching chorus.

With Powderfinger front man Bernard Fanning and Grammy-winning Nick DiDia (Springsteen, Rage Against The Machine, Pearl Jam) at the production helm, Big Grief showcases every facet of WAAX as a collective unit. Slow-burners History and Changing Face allow the distorted guitar fuzz to drop away for quiet, plaintive melodies and moments of moody introspection. Mid-tempo rockers Fade and Little Things feel like re-tooled Something For Kate radio numbers, with DeVita’s vocals telling tales of self-medication and deep-seeded regrets. Talking about the album and band’s sound, DeVita confesses that, “We never write thinking about genre.” So, when WAAX save the best for not-quite last, with the two-minute, three-chords-and-the-truth, punk rock blitz of Why, it makes a whole lot of sense. Listen to the quaking, gut-wrenching screams DeVita unleashes towards the track’s full-throttle finish and you’ll understand exactly where their sound comes from: raw, primal fury.

STANDOUT TRACKS: No Apology, FU, Why

STICK THIS NEXT TO: Charly Bliss, Violent Soho, Mannequin Pussy