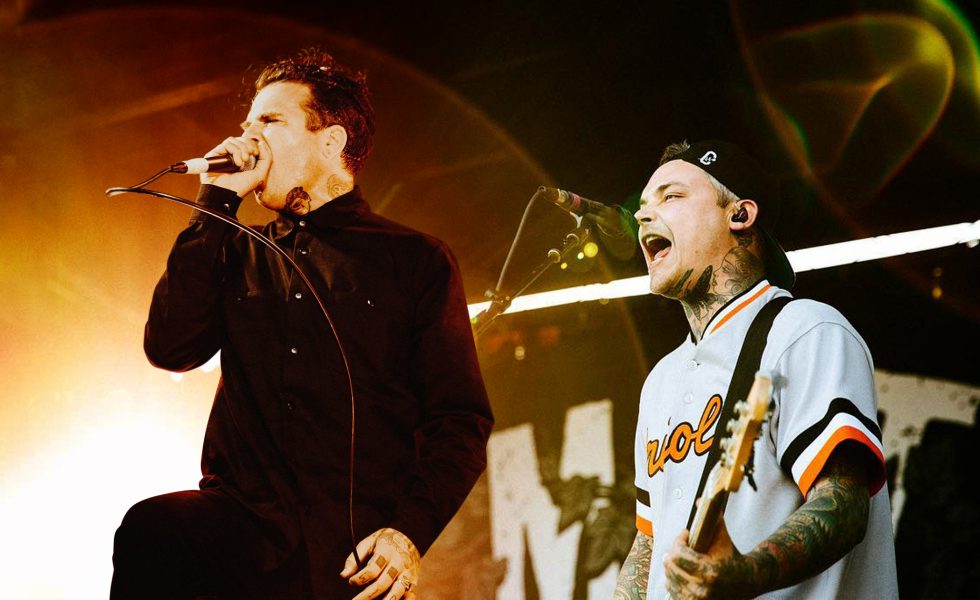 In a turn of events that no one saw coming, Australian metalcore monoliths The Amity Affliction have surprise released a new painstakingly heavy new track.

All My Friends Are Dead follows the release of 2018’s experimentally charged Misery, which showcased the band’s total embrace of electro-pop and stadium-rock flavours.

Inherently divisive and igniting heated discussion in and amongst their fervent army of followers, Misery was yet another huge success for the already legendary scene-kings.

However, if you ever assumed the band would sit back and rest on their laurels with yet another country wide arena tour, you are sorely incorrect. The new track immediately launches into a state of sweltering blast-beat engulfment, featuring one of Joel Birch’s most sonically assaulting vocal performances of his career, fuelled in a genuine sheen of searing pain and ruin.

Listen to The Amity Affliction’s All My Friends Are Dead now, below.

Harkening to the band’s past, present and future, the track rolls into an undeniably hook-laden chorus, offering a sense of cool resolve from the flaming intensity of the verses. Flickering leads lend heavily to the tracks’ frenetic nature, combined with some of the most confronting lyrical lyrical motifs of the band’s wide-discography culminates in a thrilling listening package.

All My Friends Are Dead is completely out of left field, cathartic and most importantly, pulsates with excitement. Witnessing a band over 15 years into their career make side-stepping moves and exceed expectations with a total sense of fearlessness is truly inspiring—The Amity Affliction have transcended almost every boundary ever placed in their way with absolute aplomb.

Between The Amity Affliction entering almost-extreme metal territory, and Tool finally dropping Fear Inoculum, it’s quite clear there’s nothing off the cards in 2019—(an OG Blink-182 reunion may be the only exception here).

You can catch The Amity Affliction live on a nationwide tour this month alongside Underoath, Crossfaith and Pagan.