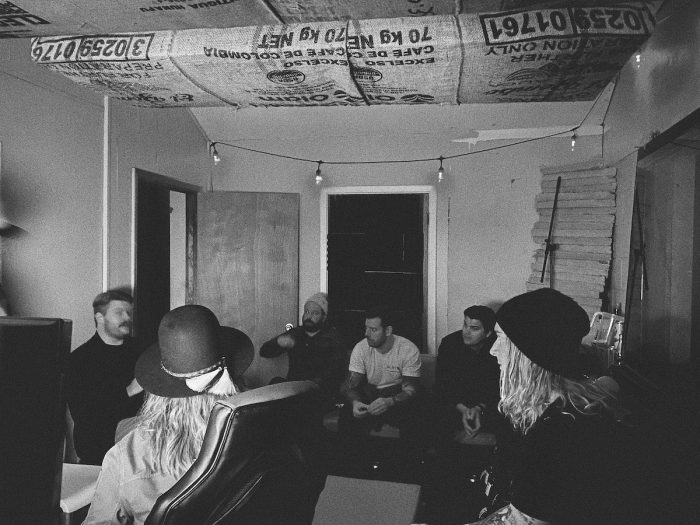 Surprise! Underoath has shared a heavy new track, Damn Excuses – their first taste of new music since their Grammy-nominated 2018 LP, Erase Me.

It was completely self-recorded and produced at guitarist Tim McTague’s studio, Feral Sound, in Tampa, Florida, and also comes with an accompanying visualiser.

“This song came out of nowhere for us. In hindsight, it probably stems emotionally from the anxiousness that a year of isolation will give you, and that ‘wanting-to-explode’ feeling came out with zero effort. It was therapeutic. This is us ready to get back into a loud room with sweaty people and experience something real together.” says keyboardist Chris Dudley.

Underoath shared the critically-acclaimed Observatory Livestream last year, and this inspired the latest single whilst also reminding the band of just how innovative they really are. Since coming together in the late 90s, Underoath has shared eight LPs- with their most recent one, Erase Me, coming after an eight-year hiatus.

Damn Excuses is available to stream now. No word yet if a new album is in the works, but we’ve got our fingers crossed!