Nov 16, 2021 / WORDS Chanel Issa / Ahead Of Their Massive Appearance At Uncaged Festival. 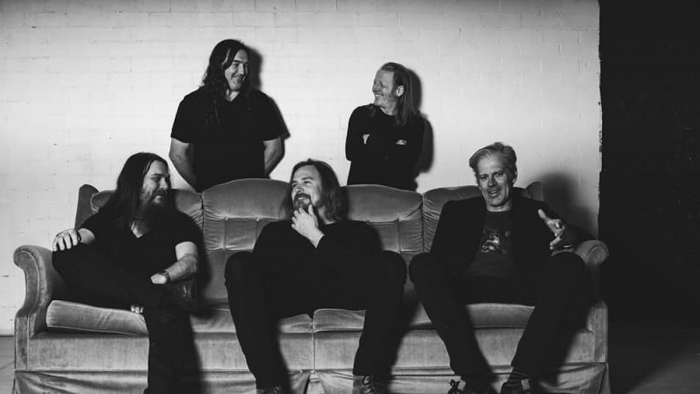 If you need a refresher on how good our Oz rock scene is, take a look at the lineup for Uncaged Festival.

Taking place over January-February next year, the event boasts appearances from some of the nations biggest names, including Wolfmother, The Getaway Plan, Twelve Foot Ninja and Tumbleweed.

We were lucky enough to get Tumbleweed’s frontman Richie Lewis on the line to chat about Uncaged, his favourite festival moments and more.

Hysteria: After two years of lockdown, you must be so keen to be appearing at a festival like Uncaged. How are you feeling?

Richie: Yeah, pretty much like an arrow that’s been pulled back and waiting to be released. I’m really looking forward to it. I mean, the whole band is looking forward to it. We had our first practice last weekend. And it was good to blow the cobwebs off. We can’t wait to get back out there. We had this big tour planned all year because it’s our 30th year of existence. This major Australian tour was going to culminate with a big KISS show at Townsville Stadium at the end of the year. And all of that got put off. That was like having the wind taken out of our sails, so we’re looking forward to picking up where we left off and reigniting ourselves and getting back out there next year.

The lineup for Uncaged is stacked; it’s such a celebration of our hard rock scene. Who are you particularly keen on seeing?

I really like catching up with all my old pals, from bands like The Hard-Ons, The Meanies and Magic Dirt. It’ll be good to see all those guys. And I always do love catching up with Andrew from Wolfmother and seeing them as well. Yeah, I’m looking forward to the whole lot. And also, the thing about festivals which I’ve always enjoyed is being pleasantly surprised by something that you wouldn’t expect. And there’s a fair bit of that on there too. I think the really cool thing about Uncaged is it dips from a few different baskets. They’ve got the old school stuff, and they’ve got lots of new stuff as well. I’m interested in seeing what pops out. That’s always a fun aspect of festivals.

Tumbleweed must have such good memories from the festival circuit over the years. So give us some standouts.

Yeah, doing Big Day Out was always a wonderful experience because it was like a big musical travelling circus. Everybody would get on the same plane to travel from state to state and whatnot. The Australian bands formed a camaraderie in a way, being surrounded by all these internationals. When we first started going to Melbourne, we’d play with The Meanies all the time, or we’d play with Spiderbait or with Magic Dirt or You Am I. So when we did those tours, those big national Big Day Out ones, we’d formed a sort of union. It was always good to see them; we were like this collective.

And also, what I noticed at those festivals is Australia’s unique sound and style. You’d see lots of international bands come over, and they were awesome, the likes of The Ramones. But Australia had something really awesome. And I did really look forward to seeing the Australian bands on those tours. We had our own Homebake Festival too. It was a celebration of Australian music. Those festivals in the 90s were some of the best times.

With festivals, there’s a different vibe. It’s not your gig; the pressures off as you’re one of many. And so, you can do a good show and not be overly critical of it. When you’re doing your own show, a different amount of pressure goes in your head. When you’re doing a festival, it’s a little bit more reckless abandon and fun.

On that last point, what were some of those fun, memorable moments?

There were so many big parties and stuff afterwards. To hone in on one, Perry Farrell from Porno for Pyros was really interesting. He used to believe that you could bring peace through music. He was so passionate and awesome. Anyway, everybody used to come back to our band room because we were the only dudes with a bong. We met lots of people through that. And Perry Farrell used to have big parties in the hotels after the shows, and he’d invite all these bohemians, drag queens, artists and poets. It’d make such colourful parties. I don’t know if that was a laugh haha moment though.

I had a laugh haha moment with Iggy Pop, when we played this show and got kicked out of the band room by Guns and Roses, who wanted somewhere to sit. They apologise to us later on. But then I walked back into the band room later on, and Iggy Pop was having sex with somebody on the bed, and when he came out to apologise and stuff, I gave him a poster to sign. He drew a big dick on it. It’s one of those you had to be there moments. It was funny then.

Absolutely. So last one from us before we let you head off. What can punters expect to see from your set at Uncaged?

They’re going to see Tumbleweed at its best. We’re doing a cross-section, going back through the years from our early days to the most recent stuff we’ve done. We’re trying to get the best of the best.