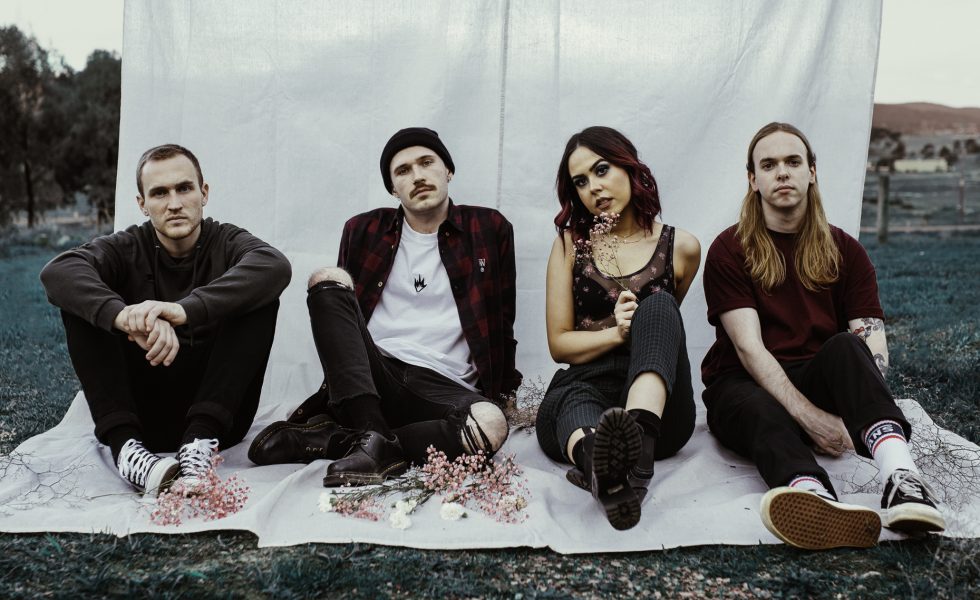 Sydney pop-punk legends Yours Truly are finally here to dish up their anticipated debut album Self Care, due out Friday 18th September.

Today they’re giving us a taste of what to expect with brand-new single Together.

With plenty of successful singles and last year’s iconic Afterglow EP blowing them up, Together explores the band’s experiences with imposter syndrome due to their surprising success. With members being only 21 years old, they found themselves touring internationally a couple of years out of high school while their peers were doing ‘normal’ stuff like going to uni and getting jobs.

For me, this album was my version of soaking in vanilla candles and that comforting taste of chocolate and red wine under blankets.
[ Mikaila Delgado ]

Yours Truly have spoken about how scary it is to try and follow up such a successful EP and trying to exceed such a great record. Self Care represents a healing process for the band, accepting the highs and lows—and basking in the highs—and they’re hoping fans will be able to relate and put their own meaning to it.

“The experience was a true form of self-care that ended with me feeling stronger, smarter, enlightened and positive after a rollercoaster of emotions,” says vocalist Mikaila Delgado.

“For me, this album was my version of soaking in vanilla candles and that comforting taste of chocolate and red wine under blankets. We hope it brings solace to whoever listens to it and can relate too.”

Self Care was produced by Stevie Knight (Stand Atlantic, Between You & Me) and promises to live up to everything the band have achieved so far; staying true to their sound while dabbling in more of an alternative territory.

In their short but very sweet time as a band, Yours Truly have shared stages with the likes of Sum 41 and Senses Fail, played at festivals Download UK, Riot Fest, Slam Dunk and Sad Summer while racking up an impressive 8.5+ million streams on their Afterglow EP.

Yours Truly’s debut album Self Care is out Friday 18th September via UNFD.

Together is available to stream and purchase now.