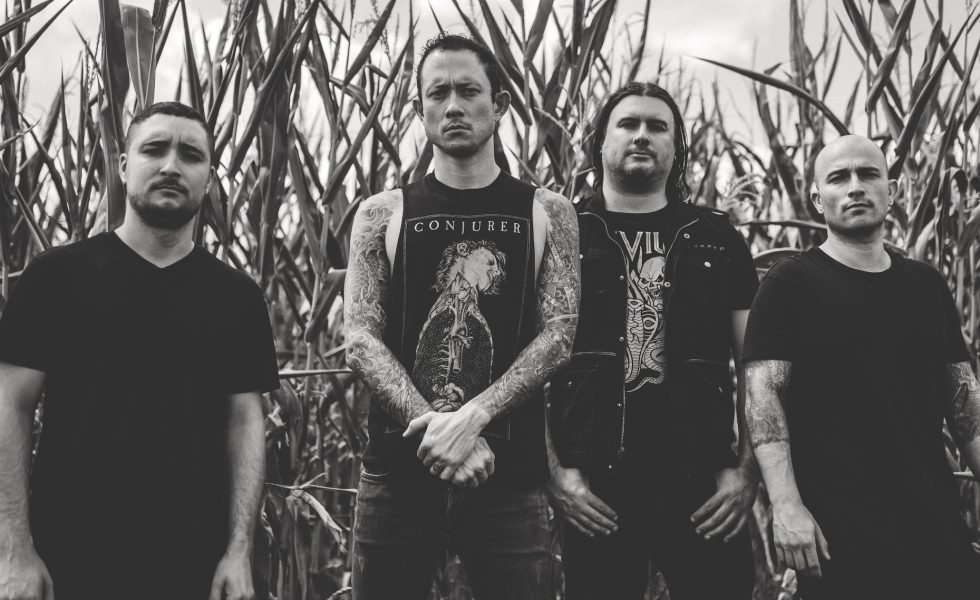 It’s been a long time between pits for Trivium fans, with 2016 being the last time the Floridian metal band were on our shores.

Since then they have released their critically acclaimed eighth record The Sin and the Sentence, been nominated for a Grammy and have basically just kicked goals everywhere they went. So it’s about time that they are finally making their way back to what they say is their favourite place in the world, as they join the huge lineup for the Good Things 2019 festival. Matt Heafy got on the phone with us to chat about the festival, what fans can expect to hear and what else they want to tick off their bucket list.

Trivium have a love/love relationship with Australia. Some of their biggest fans reside here and the band themselves rave about our country.

“It’s been way too long since we’ve been to Australia. It’s one of our favourite places in the world to be. I am bummed how quickly we are in and out for this festival too.” Matt Heafy, Trivium’s powerful vocalist and axeman, laments of their short visit for Good Things Festival in December.

The fans are lamenting this too, but with Good Things Festival happening up and down the East Coast, and some recent sideshows being added to the mix, it looks like the fans will get their fill of Trivium on this run.

It’s been two years since the Florida natives released their last album, The Sin and the Sentence and while Australian audiences will get to hear a few tracks from the record, you can definitely expect a festival set of Trivium classics and fan favourites, and for a band with such a storied career, it must be a mind boggling task to narrow down their eight records into one setlist that fully encompasses everything Trivium is.

“Having eight records out now, it makes it really hard to pick a set. Obviously, we’ll go with a couple of songs from Sin [And The Sentence] but we’ve got to hit at least one to two of the fan favourites,” Heafy explains.

“Shogun in particular, is the biggest Trivium record in Australia. Followed by Ascendancy and In Waves, so we’ll hit a lot off those records, then one or two more, then we’re probably out of time! It’s going to be so hard to pick,” he continues.

In addition to being a full time musician, I am also a full time Twitch streamer.
[ Matt Heafy ]

But their job is made a little bit easier these days, with Heafy’s other occupation in the streaming world. As a full time Twitch streamer Heafy often intertwines the two worlds and from there he has discovered exactly which are the most loved Trivium songs from their releases.

“In addition to being a full time musician, I am also a full time Twitch streamer. But what I stream is music. So what I do on there, is that I have the subscribers pick. So this week for example, Monday I shared songs from records one and eight, Tuesday it was two and seven etc. So from there you get a good idea of what subscribers want to hear,” Heafy explained.

But for a band like Trivium, who are kept ridiculously busy with both their band lives and family lives, sometimes it is nice to get all the help they can.

So what’s next for the foursome? Considering they are nearing the end of the touring cycle of The Sin and the Sentence, and with the massive 2019 that they have had, what is next on the bucket list for them?

“I think we just have to stay the course,” Heafy says.

“When I first ever heard metal I said ‘This is what I want to do when I grow up”. I’ve been in this band since I was 13 years old and been playing live and writing music in Trivium since I was 13. This is what I picked. So I think that now, it’s all about growth. Becoming a better singer, song writer and guitar player and just keep trying to be the best that I can,” he continues.

It’s this attitude that has led Trivium to work harder than ever on their music and Heafy believes that The Sin and the Sentence is the best record they have released so far.

“I definitely feel like this is our best and that is a great thing. We didn’t go backwards!” Heafy laughs.

“With every single record we’ve done, they’ve been so different from the previous ones, and that’s been on purpose. We’re like, we’ve done this, so let’s do something else and keep trying to change it up,” Heafy says of how Trivium operate when it comes to writing.

Considering how competitive it is in the music arena these days, it’s nice to see a band stick to the direction they want to go in when it comes to releases and The Sin and the Sentence does exactly that. Combining so many elements of old and new Trivium, there’s no wondering why they finally got a Grammy nomination nod off the back off this release.

So when Trivium finally get back to our shores in December it will be fantastic to see them again, busting out old and new tracks alike and soaking up the sun in their favourite place in the world and from there, the band can continue pushing on to see just what new heights they can hit from here.