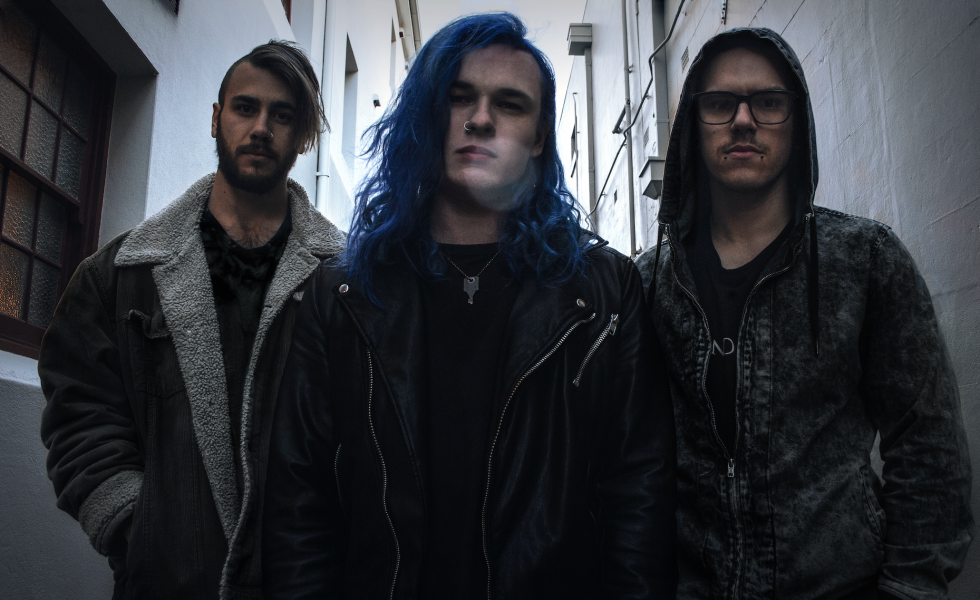 Traces are on a mission—and they’ll be damned if you stop them.

The Tamworth rock trio released new single Can’t Stop Me last week with an important message; that your achievements, no matter how small, are worth more than you know. Your mental health is vital to your wellbeing. That you can talk about your struggles and you can get better. Look in front of the mirror and say it proud: You Can’t Stop Me!

Preparing for shows and recording new music, these young bucks open up about their “rebel” past, their thoughts on a culture of “put downs”, and how they got those choice supports with all those great ‘core bands. Vocalist Jack Pallett talked to Hysteria, a fresh burst of positivity that he is.

Hysteria: Let’s talk about your single Can’t Stop Me. It has a positive message. It’s like a mantra, “I can do anything – you can’t stop me.” Do you feel like negative self-talk is reflective of what people feel day to day?

Jack: 100 percent. I definitely think that there’s almost a culture around it. The whole talking yourself down thing. It’s really weird. There’s just this huge culture, especially with people my age (24) of just people talking themselves down, just telling themselves negative stuff about themselves. It’s a good thing that it’s like starting to disappear but it was pretty prominent there a couple years ago. That whole negative thoughts about yourself, you can’t think anything positive because otherwise you’re a cocky dickhead or something like that and I think that will a 100% contribute to it man. The way I see it is the more stuff out there that’s saying, you can do things, you can be positive.

When you’re surrounded by just everyone talking themselves down, you feel bad about being proud about what you’re doing. You already feel bad about succeeding in a way. Even if that’s getting out of the bed in the morning when you feel like you can’t.

Do you feel like the social media generation dilutes personal achievement? Like say as a writer, I can go out and say “I wrote a page today.” But I didn’t win a Franklin or a Walkley for it, so there’s a self-perception of “who cares?”

This is going to sound strange. I wouldn’t say social media is 100 percent to the blame for that. I think social media is just essentially a mirror of who we are as society and people and stuff like that. But I think people are very attached to, as you were saying, if your achievement isn’t worth putting in the cover of magazines or if it isn’t like some massive thing, a lot of people don’t interpret it as even worth talking about. Every day, there’s not going to be some massive achievement. But small achievements lead up to that bigger one at the end of the day. I think the smaller ones are more important.

Every day, there’s not going to be some massive achievement. But small achievements lead up to that bigger one at the end of the day. I think the smaller ones are more important.
[JACK]

You’ve toured with a whole slew of big hardcore and metal names – Dream On Dreamer, Atilla, Ocean Grove. What strikes me is the difference in sound between you all.

We used to be a pretty heavy band. We actually have a couple of older EPs out that we don’t really try to push out there too much because we sort of made them when we were teenagers and stuff. But the first one that we made with like a really kind of a, I guess it was in a similar vein to bands like Volumes. We put out an EP that was half-way between what we are now and back then. If you do look at us now, it’s sort of like “How did they even end up on something like that?” We used to have a lot of heavier music. We still plan on playing a bit of heavier music here and there. We get bored so we jump around a lot.

You guys hail from Tamworth; the country music capital of Australia. Is rock music a welcome thing? Or still on the outer?

There is a bit of room for heavier stuff. There’s room for everyone there. The problem with it is that a lot of the establishments there don’t allow anything other than country. So the whole music thing until recently was pretty much controlled by a very small handful of people. But it would only allow certain bands to play venues. There was a very specific sound that you had to have and certain songs that you have to play just to be able to play at these venues. So the town would just never get known for any other style of music. It’s opened up a bit. Even Northlane played there a while ago. But yeah, there’s a heap of people there that like heavier styles of music. It’s just not known for it.

You went completely DIY on this. Mixing, mastering, engineering…even shooting the video.

We wore all the hats pretty early on. We used to hire other people to do it and just every single time we did it something really bad would just go wrong. Like we’d either need to get a million revisions on something. It just didn’t turn out right. With recording, we ended up picking up the skills because we’d never be happy with the sound.

So we started demoing our own stuff and that turned into figuring out a bit of mixing. That turned into “Oh, maybe we could record other bands.” Then I recorded a few other bands that and did some mixing for them. A couple of years later you’re filming, editing and doing everything yourself just because it’s just easier for you to get the sound that you want versus going through someone else. It just cuts out the middleman.

What’s next for Traces?

We’ve got a couple of EP things that we’re going to be doing and we’ve got an LP we’re planning releasing sometime early 2021. We have a few small little releases that have two to three songs on them. We’re doing a couple of those over the course of the year so we have some stuff out there. So the next one we’ve got is a real, real heavy one that sounds a little bit more like Thornhill or Northlane, or something like that. So we have a real heavy one coming out soon. We’re also playing AM//PM in Sydney next week and touring in 2020. It’ll be good!