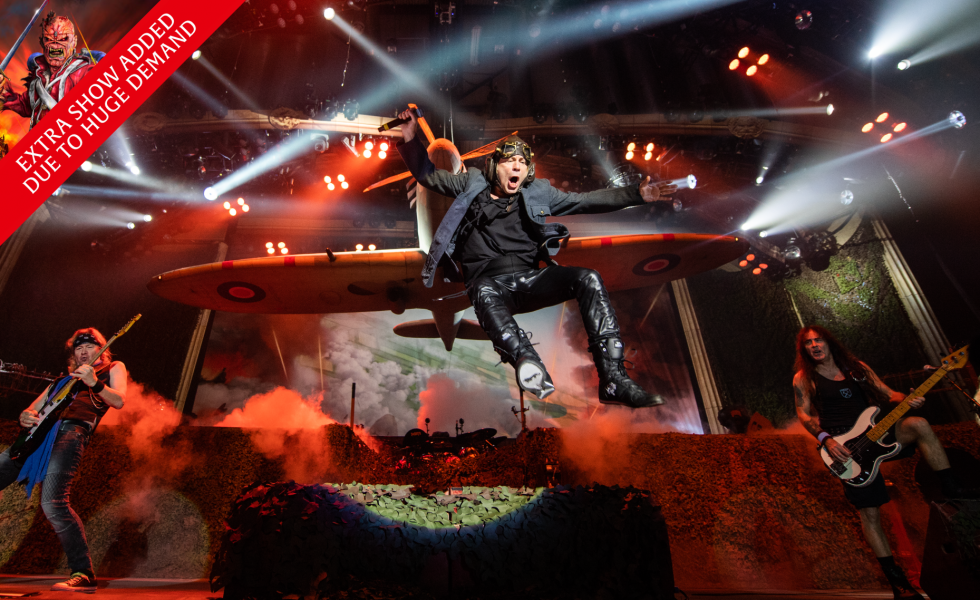 Due to overwhelming demand, metal legends Iron Maiden have announced a second Melbourne Legacy of the Beast tour show for Saturday, 9th May 2020 at Rod Laver Arena.

The show follows the sell-out of their Melbourne leg of the tour on the Monday, the 11th of May. Ed Force One will be making landfall on 1st May in Perth and flying sorties to Adelaide, Brisbane, and Sydney.

Tickets for the new show go on sale today at 12 noon (AEDT) from Ticketek.

The Legacy of the Beast has been hailed by fans and critics alike as their largest—and greatest—stage production in their almost forty-five year career. They’ve taken the tour to 39 countries and played in front of two million fans to date. 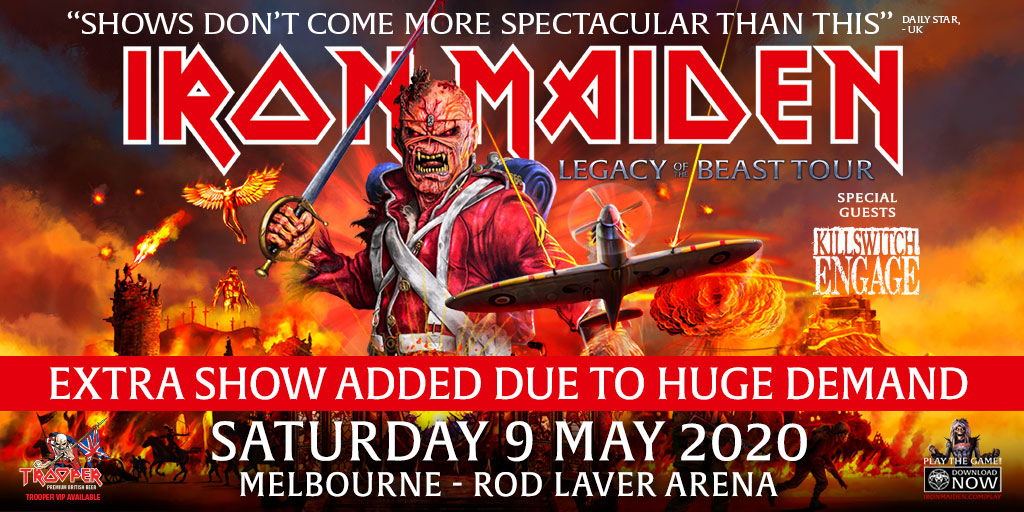 Joining them as special guests on all dates are metalcore stars Killswitch Engage.

Vocalist Bruce Dickinson stated, “It’ll be four years since we were last in Australia, so we’re delighted to be making a return visit to present the Legacy Of The Beast Tour to all our fans there! We’re immensely proud of this show and we’ve had great reactions from the many fans who came to see us in Europe, North America, Mexico and South America. The production for Australia is exactly the same as the other shows on this tour so far … [Our mobile game] inspired us to put together a stage show to take our fans through different Worlds and experiences set to appropriate songs. It is not that easy designing different Worlds on stage and we put a huge amount of work into this to make it work and the end result we feel is our most spectacular and certainly the most complex show to date.”

Fans will also be able to purchase a special Trooper VIP package. This gives fans access to the exclusive pre-show function to meet with fellow fans, a pile of TROOPER goodies, TROOPER beers, complimentary food and the opportunity to win some great prizes.

Tickets for all other shows are still on sale through Ticketek.