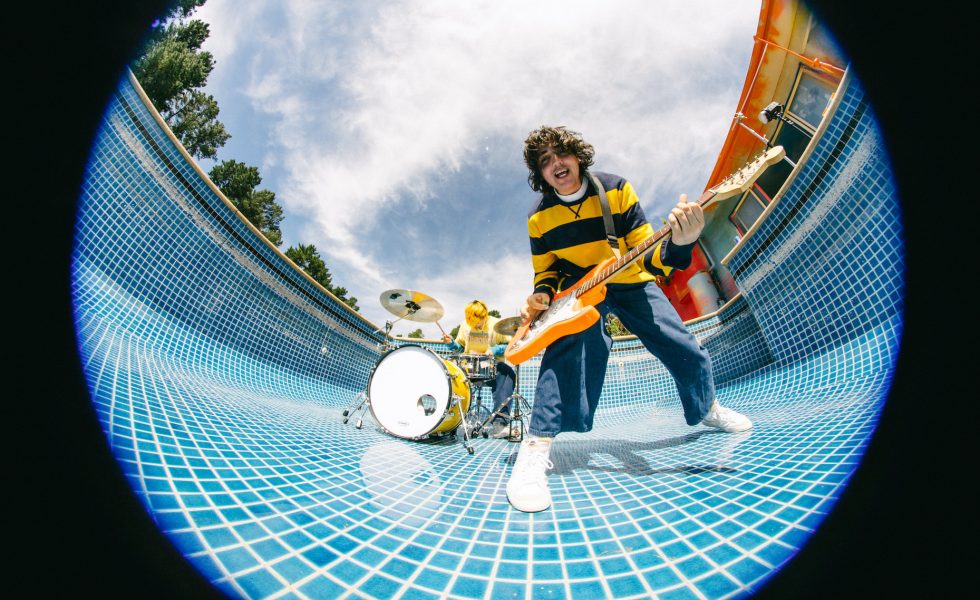 MORE: SKEGSS: Curtains Up // VOID OF VISION: Something Old, Something New // CHASE ATLANTIC: Pensive Is As Pensive Does: “The Harder Life Is, The Better I Think Our Music Will Become.”  REVIEWS: CHASE ATLANTIC: Beauty In Death // ROB ZOMBIE: The Lunar Injection Kool Aid Eclipse Conspiracy // VOID OF VISION: Hyperdaze (Redux) // ERRA: Erra // STEPSON: Help Me, Help You // SKEGSS:Rehearsal

If that wasn’t enough of a serotonin boost for you, the duo has also announced their upcoming Swimming Tour. The five-date run will see them take over stages in Brisbane, Sydney, Wollongong and Melbourne, before finishing off in their hometown Adelaide.

“I remember the words for Swimming just flowed out like word vomit because I was literally writing about my first anxiety attack. I was aware of anxiety but never fully aware of its physical effects so I decided to write about what that felt like. I felt like personifying anxiety so I could sing to it, instead of against it.” says frontman Aston Valladares.

“Anxiety is different for everyone, but for me, this felt purely like the same overwhelming feeling I get when I look out towards the ocean and see how insanely huge and unknown it is hence the name of the song. This song has been with TOWNS for about two years and we did work it into our set but it somehow fell by the wayside as we wrote more, but as life becomes more and more unpredictable I feel like this is a song I know I’ll enjoy singing to anyone else who overthinks like me.”

TOWNS released their debut EP, Television, in 2018. They followed it with their YouTube series TOWNS TV, a blast from the past that took inspiration from the always iconic Cheez TV.

Earlier this year, they sold out a co-headliner with Teenage Joans. They have previously toured with the likes of The Jungle Giants, WAAX, Bugs, Dear Seattle, Turnstile (USA), Turnover (USA), Heaps Good Friends, and Die Die Die.

Tickets for the Swimming tour will go on sale Tuesday, 6th April at 10 am AEST. Catch all dates below.