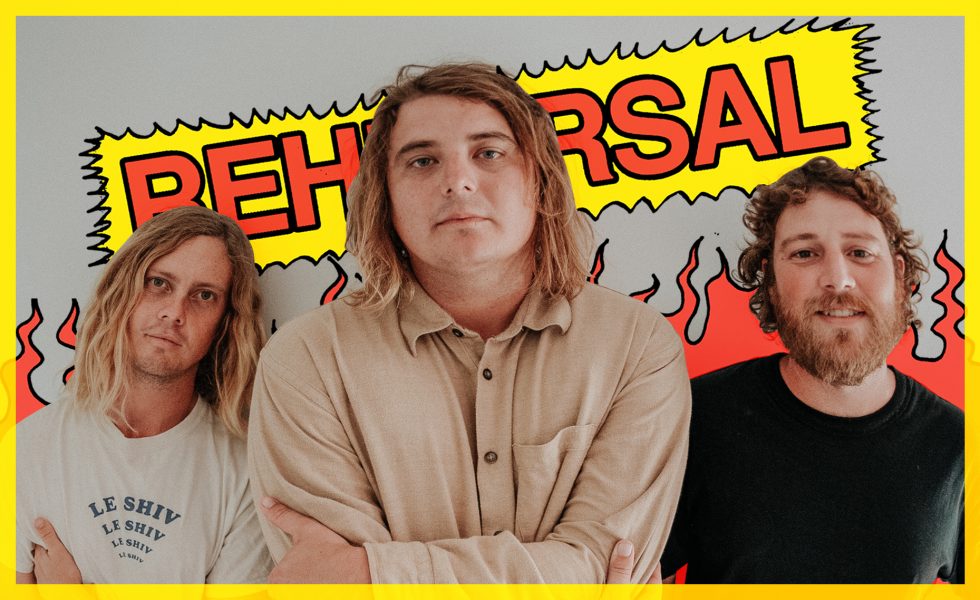 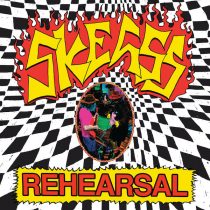 Skegss‘ forthright and refreshingly-honest approach to Australia’s ongoing garage-rock-revival revival has earned them pole position on a national scale. Don’t, however, mistake the band’s fundamental approach for a lack of substance.

Their debut effort–2018’s My Own Mess–proved the band offered more than a mere excuse to slam-dance with your remote and regional mates. Up in the Clouds presented a moment of striking vulnerability that propelled their biggest single yet, while Smogged Out switched up a Kinks riff within the framework of millennial malaise to great success.

There’s no radical reinvention afoot on Rehearsal, the band’s second album. Spoiler alert: There doesn’t need to be. Skegss have kept their focus on finding the extraordinary within ordinary life, and their findings run deeper than one may have anticipated. Producer Catherine Marks, too, has done a commendable effort in capturing the band in their element. They have nudged out of their immediate sonic bubble, certainly, but they still come at each song brandishing identifiable traits.

Already poised as one of the year’s more endearing antipodean efforts, Rehearsal is another tally on the scoreboard for a band getting better and better at chalking them up with every release.

There’s fun to be had, of course–the galloping Valhalla is guaranteed to raise smiles with its charging riff and mythological imagery. The rough-and-tumble Bush TV, too, serves as a highlight with Toby Cregan’s rousing hooks and Jonny Lani’s blistering drums. Where Rehearsal really stands out, however, is in its reflective moments. The misty-eyed waltz of Picturesque Moment sees Benny Reed looking at the bigger picture, treasuring the moments he knows won’t last forever. Elsewhere, Wake Up strips back to an acoustic rumination (not dissimilar to Reed’s recent solo work as Mughead), allowing for breathing space between the album’s brisker moments. Already poised as one of the year’s more endearing antipodean efforts, Rehearsal is another tally on the scoreboard for a band getting better and better at chalking them up with every release.

STICK THIS NEXT TO: Twin Peaks, Smith Westerns, Mac DeMarco